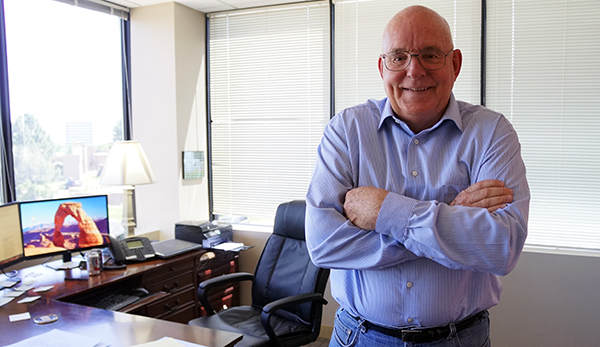 Money managers, toss your textbooks and get ready for a bumpy ride.

So says Tom Howard, who has a doctorate in economics. He chucked the common wisdom of his colleagues, left the University of Denver in 2011 and turned 30 years of behavioral finance research into a portfolio that outperformed every other exchange traded fund last year.

“I’m the outlier by several standard deviations,” he said.

Now Howard and his Greenwood Village-based firm AthenaInvest have an unlikely student: Justin Borus, a money manager at Lazarus Opportunity Fund in Denver. In May, Lazarus purchased a 45 percent stake in AthenaInvest and exclusive rights to its intellectual property for use in hedge funds.

The challenge now is to find more money to back the pair. Borus is betting that Lazarus can put Howard’s portfolios in front of hedge funds investors with a bigger appetite for volatility than AthenaInvest’s current clients – ETF and mutual fund investors.

“(AthenaInvest is) unbelievable at research and developing products that will outperform the market, but I think what they lack is in the sales and marketing aspect,” Borus said. “We could make a number of introductions that would help scale their business.” 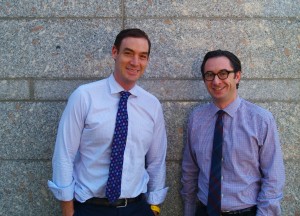 Lazarus, which manages a small-cap stock fund and two funds that invest in Israel, plans to launch a hedge fund using Howard’s secret sauce on July 1 with about $10 million.

For now, AthenaInvest has $300 million in assets. Howard said 100 financial advisors working with 2,700 clients have invested in AthenaInvest’s three specialized equity portfolios and one blended portfolio of all three. The minimum investment for each is $100,000.

AthenaInvest’s basic investment hypothesis is that financial economists have been wrong for 40 years.

When Howard was a doctoral student in the 1970s at the University of Washington, economists preached that stock prices reflect underlying value, so no one can beat the market.

For the first 10 years of his career, Howard was a believer. But he began to think emotions – say, getting spooked by the Brexit – cause prices to deviate from what traditional economic models predict.

Howard thinks recent research points toward a reliable way to spot these mispriced stocks: Pick only the best stocks that the best stock-pickers pick or, as he puts it, “the best ideas of the best managers.”

To choose a stock, the firm’s algorithm first looks at thousands of mutual fund managers’ prospectuses and categorizes each by investment strategy. Then it weeds out any manager that doesn’t seem to pick the same stocks that investors with the same strategy pick.

Suppose most of the managers called “growth investors” hold Apple shares, and that Apple shares make up a bigger slice of each of their portfolios than they do of the market overall.

And now suppose the same is true for managers with every other strategy: That Apple stock makes up a higher percentage of value and dividend portfolios than of the whole market.

Howard says the research concludes the stocks overweighted by savvy mutual funds tend to outperform the market. In this scenario, AthenaInvest would pick Apple for its managed equity portfolio.

The firm uses a similar methodology – roughly, to invest in markets that are the most popular with investors using strategies that tend to have the highest returns – to build its ETF managed portfolio.  Morningstar ranked the Athena Global Tactical ETF first out of 755 strategies, with a return of 24 percent for the three years ending in 2015. (You can see that report here.)

Howard’s strategy isn’t for the faint of heart. Because AthenaInvest portfolios have fewer stocks (the equity portfolios have 10 apiece and the ETF has 40, compared to an active equity average of more than 100), they tend to travel a bumpier road. When investors see a stock drop, their hearts sink and they cash out.

Howard thinks that’s because humans are hardwired to run from danger – a useful instinct if you’re fleeing a lion, but a big mistake if you’re selling a stock today that will rebound tomorrow.

“We rarely face mortal danger, but our emotions don’t know that,” Howard said.

Enter Borus and Lazarus. One of their jobs is to convince money managers they’ve put a premium on stability at the cost of higher returns, and that they should stop caving to animal instincts.

“You have to consider the trillions of dollars spent marketing the Merrill Lynches, marketing that has played into these primitive emotions,” said Borus. “We’re looking for the early adopters.”

Tom Howard and his 3-year-old firm AthenaInvest have joined forces with locally-based Lazarus. AthenaInvest's basic investment hypothesis is that financial economists have been wrong for 40 years.