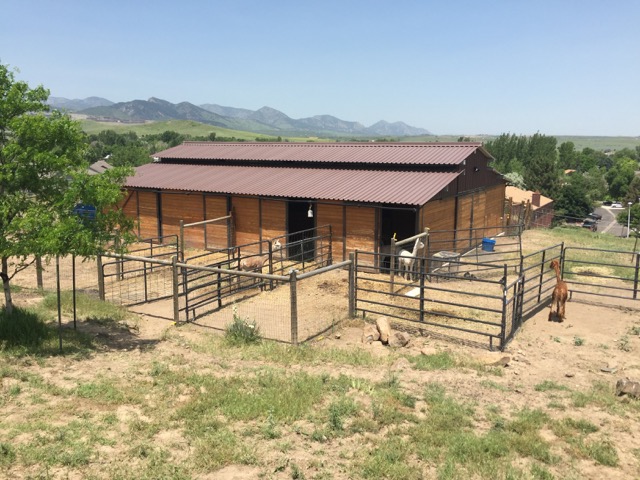 14 alpacas take residence on the 5.2-acre property in Golden.

For $2 million, you can buy a farm in Golden, pedigreed alpacas included.

The 5.2-acre property on North Table Mountain hit the market on June 15. It includes a six-stall barn and 14 alpacas. 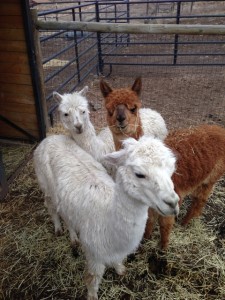 Re/max listing agent Cindy Willard marketed the five-bedroom, five-bathroom house when its current owners purchased it in 2013. It last sold for just more than $1 million, according to Jefferson County records.

She said the 5,700-square-foot ranch stands out among neighbors because it has more privacy on a larger parcel and is zoned for horses.

“This home is the farthest one from the road,” she said. “The acreage, the six-stall equestrian barn and the outdoor arena – that’s not so simple to find right there in Golden.”

The owners occasionally sold wool from the alpacas in their backyard, she said.

Willard said she’s reaching for out of state or international buyers by placing ads in Remax magazines.

“We’re just trying to capture as big an audience as we can,” she said.

A handful of Alpaca ranches are within spitting distance of Denver, among them Hance Ranch in Wheat Ridge, Shambalah Alpaca Ranch in Franktown and Eagle Spirit Alpacas in Erie.

14 alpacas take residence on the 5.2-acre property in Golden.

The 5.2-acre property on North Table Mountain hit the market on June 15 and includes a six-stall barn and 14 alpacas, one of whom is due to give birth to litter of 5 alpacas later this summer.

Might want to check your animal facts before publication. Alpacas have one cria (baby) never litters. Viable twins are extremely rare.