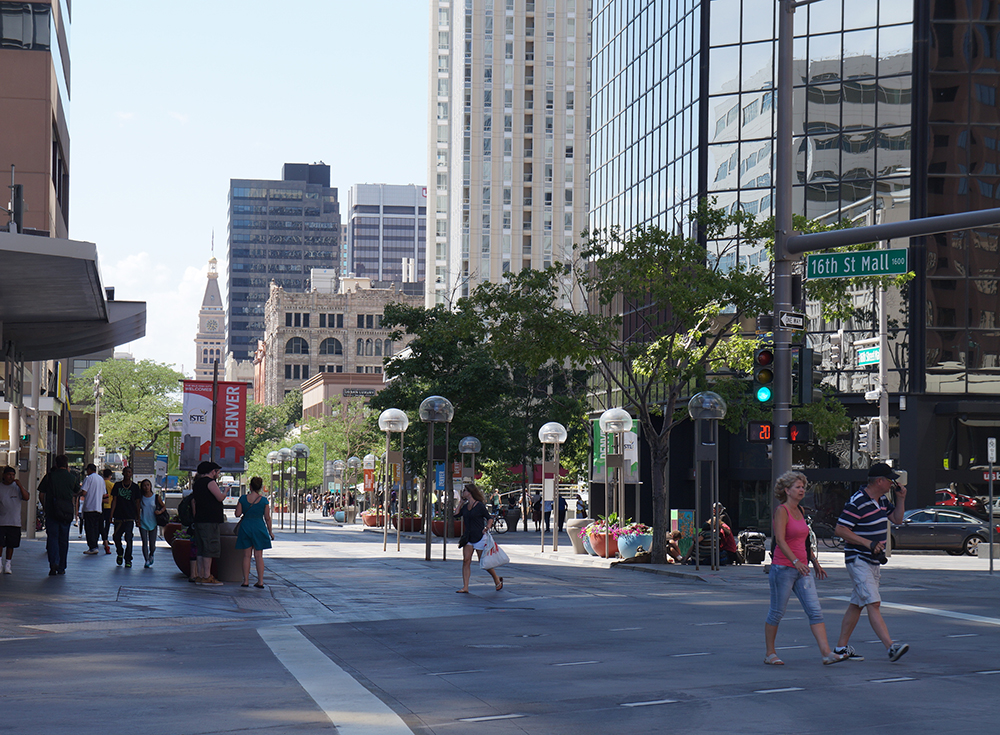 The 16th Street Mall is getting more mall cops.

At a press conference with city officials, DDP CEO Tami Door said the contractors, which should be hired by next month, will be extra “eyes and ears” to supplement work done by the police. 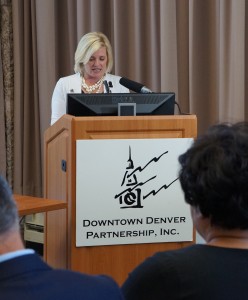 Tami Door, CEO of the DDP.

“They will not be armed, they do not have legal power in terms of ticketing or arrest,” Door said.

DDP and consulting firm KPMG unveiled a security action plan in January. It is funded by the Downtown Denver BID, the city and county of Denver, RTD and Brookfield Properties.

Police Chief Robert White said the city also is tripling the number of off-duty police officers that patrol the 16th Street Mall to 16 this week, with no fewer than eight officers working at a time.

He said the city has 20 full-time officers assigned to 15th Street through 17th Street, in addition to precinct officers and other police that may work along the 16th Street Mall.

White said the police department also is encouraging business owners to report petty crimes and urging dispensary owners not to sell customers an individual joint that they are more likely to smoke as soon as they exit.

The city estimates its part of the program will cost $650,000 through summer. Door estimated the security plan would cost $1 million per year.

Mayor Hancock said added security is meant to prevent incidents like one caught on video last week, in which a group of what he called “urban travelers” attacked an office worker walking the Mall.

“We’re not talking about those who are on a corner asking for money,” said Mayor Michael Hancock. “We’re talking about groups of people, hanging out in the mall area, who we call ‘urban travelers,’ who are trying to push the limits of our laws, who are intimidating those who want to enjoy the mall.”

White said the police department is asking business owners to know their property boundaries, since a person leaning against their building may technically be trespassing and can be removed.

The DDP tapped Eugene Wade in May to oversee its security plan. While working for Denver Arts & Venues, Wade helped formulate a security plan for the Denver Performing Arts Complex, which included hiring a private security team and off-duty police officers.

wow, this is very expensive to (hopefully) remove this band of so-called “urban travelers”