Just because you can’t see “Judge Judy” on pay TV doesn’t mean you can make a federal case out of it.

But a U.S. district court will do just that. 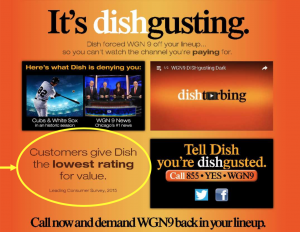 After the two companies failed to renew a contract on June 12, Tribune launched websites like www.dumpdish.com/kdvr that call Dish “dishturbing” and blame it for the blackout.

The websites claim customers give Dish “the lowest rating for value” in one unnamed 2015 survey. But in its complaint, Dish says that note refers to a Consumer Reports poll in which every TV provider got the lowest ranking for value. Dish outranked all but five of its competitors, the complaint says.

“Dish is, in fact, graded higher than virtually all of the other well-known distributors, including AT&T, Cox, Cablevision, Charter, Comcast/Xfinity and Time Warner,” the complaint reads.

The Tribune Media Co. subsidiary said in a statement Tuesday that Dish is waging a “campaign of delay and distraction” with a “frivolous” complaint to avoid meeting it at the negotiation table.

“The lawsuit is baseless and we will respond to it in court,” wrote Tribune spokesperson Gary Weitman. 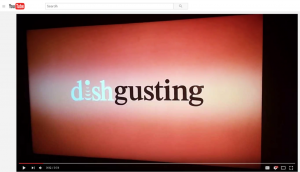 Dish Network filed as evidence a screenshot of this YouTube video, which it said included “deceptive and defamatory statements.”

Dish seeks damages in excess of $75,000 and is represented by San Francisco-based Coblenz Patch Duffy & Bass. The firm did not return messages seeking comment.

Television providers like Dish, DirecTV and Comcast pay television networks like NBCUniversal, as well as stations owned and operated by companies like Tribune Broadcasting to retransmit their shows.

After the contract deadline with Dish expired this month, Tribune stopped beaming programs to Dish. That means Dish can’t retransmit those feeds to subscribers that pay for Tribune’s national “superstation,” WGN, nor its 42 local affiliates.

As a throwback workaround, Dish said it would send customers free antennas to catch local stations “over the air” instead of through its satellite.

Tribune said it offered Dish “fair market rates” for its programming, in line with the so-called carriage fees Dish pays to retransmit stations owned by Tribune rivals and fees paid by Dish rivals to Tribune.

But Dish accused Tribune of “forced bundling,” or requiring Dish to pay for the national station in order to broadcast local stations. In its complaint, Dish said Tribune demanded a rate 2.4 times what Dish paid in its last contract. (Tribune declined to comment on pricing in a statement emailed to BusinessDen.)

Each company claimed the other rejected proposals to sign temporary contract extensions or bring in third-party arbitrators to settle their tiff.

In an email to BusinessDen, Tribune said this is the first disruption with Dish since Dish started carrying Tribune stations in 2003.

This is not the first time in 2016 that Dish sued companies that feed it programs. In March, Dish sued the network NBCUniversal for ads saying Dish was forcing NBC to black out its shows to Dish subscribers.

Dish did sign carriage deals with NBCUniversal and Media General later this spring, even after both parties threatened to black out their programming to Dish subscribers. In June, the satellite TV company opted to stop broadcasting the NFL Network and NFL RedZone. 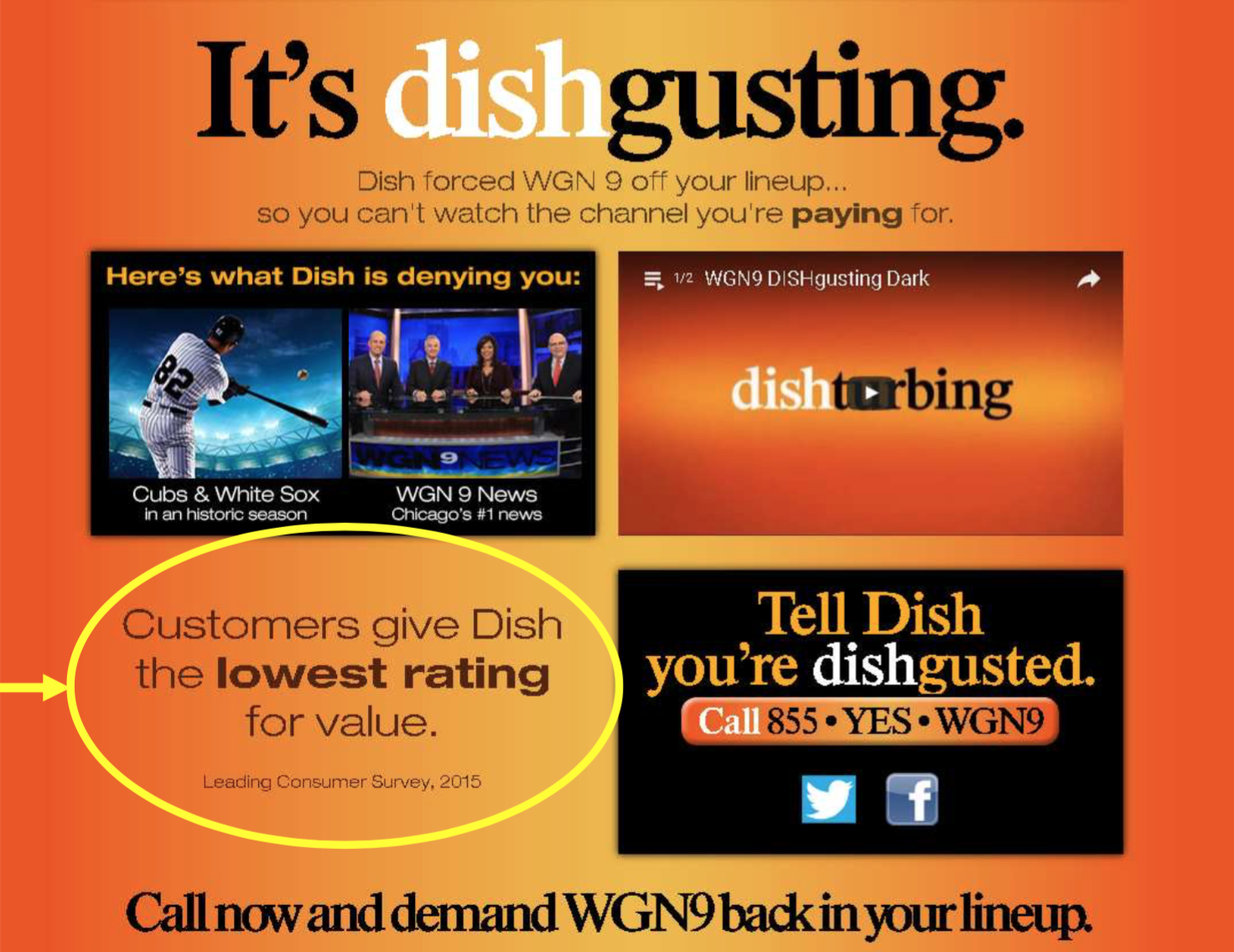 Just because you can’t see “Judge Judy” on pay TV doesn’t mean you can make a federal case out of it.

But a U.S. district court will do just that.

After the two companies failed to renew a contract on June 12, Tribune launched snarky websites like www.dumpdish.com that call Dish “dishturbing”. Dish has responded with a lawsuit alleging “false and deceptive” advertising claims.

Well that bundling excuse is rich considering my monthly bill is $130 plus a month with dish precisely because of their bundling practices.