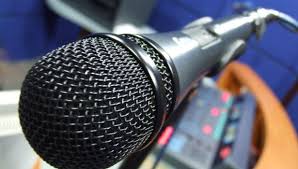 With $25,000 raised on a crowdfunding site, a Denver nonprofit known for beaming public-access TV into Denver homes soon will flip the switch on a new wavelength: FM radio.

The Open Media Foundation (OMF), which has operated a public-access TV station for 10 years, will start broadcasting a 24/7 radio station that exclusively spins local music and talk programs at 104.7 on June 3.

Executive Director Tony Shawcross said OMF will run its FM operation much like it does the TV station, broadcasting content submitted by paying members to free up time for paid employees for other purposes.

“Our first focus with these community initiatives is to come up with an approach that reduces a lot of the operational costs,” he said.

For example, rather than staff members managing the TV schedule manually, OMF uses a program that schedules shows automatically based on how many listeners vote for them on OMF’s website. OMF also reduces costs at the TV station by playing shows submitted by members, not employees.

Both of those strategies free up time for OMF employees to work on paid projects. The nonprofit hires itself out to make promotional videos, websites and software, primarily for other nonprofits.

Denhac, a Denver-based nonprofit that gives workshops on building computer hardware and software, helped OMF win an FCC auction for a slice of spectrum and to set up the FM signal.

And the Taxi development in RiNo let the nonprofit install a new antenna atop the radio tower on its property, once the dispatch antenna for a local cab company.

OMF’s Kickstarter campaign, which ended May 7, will pay for insurance, re-cabling the antenna and building a website where listeners can vote on their favorite audio.

But like the TV station, which doesn’t receive state or local government funds, the radio station may raise money from pledge drives, underwriting or membership fees, Shawcross said.

Shawcross said the radio station also aims to fill a gap on the airwaves: Rather than risk duplicating shows on KGNU or Colorado Public Radio, OMF is sticking to music and talk recorded in the Denver area.

“We spoke to a lot of bands and local artists that can’t get their stuff on existing stations and felt there was a big opportunity there,” Shawcross said. “Radio is still a really good place for people to get exposed to content that they’ve never heard about before.”

OMF’s radio station will begin with live programming at noon June 3. It will include DJ sets, live comedy and audio clips submitted by members at the nonprofit’s headquarters at 7th and Kalamath streets.

And to keep the member-made content coming, Shawcross said OMF is waiving the $100 annual membership fee for anyone that submits an audio clip for the air through June 3.

With $25,000 raised on a crowdfunding site, a Denver nonprofit known for beaming public-access TV into Denver homes soon will flip…

Nice article, except for one thing. Radio stations are identified by their 4 letter call signs. So I have to ask, what radio station did you spend all this time writing about? 104.7 isn’t the call sign.

People commonly refer to 850 AM in Denver as KOA, a historic shorter designation. We also have had The Fan, The Fox, etc. Colorado Public Radio which itself has Open Air.. Radio stations call letters are nifty and often with interesting history, but their corporate designations and name brands have always been part of their identities.

The article is fine.

Scott – you’re right. The call sign is not stated in this article. By FCC law, each station will have an official set of “call letters” which must be broadcast at the top of every hour. (Radio stations refer to this as the “Top of the hour ID”. There is a 5 minute window before and after the top of every hour that the FCC allows for broadcast of these call letters. Tune into any radio station during that time and you’ll hear the ID. The station can use any additional information it wishes, but must use the 3 or… Read more »

The call letters for this particular station are DOM (“Denver Open Media.”)