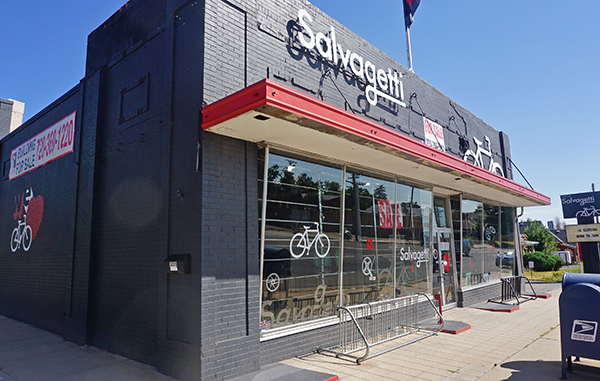 A shuttered Highlands bike shop will become a place where riders go to get an X-ray or a few stitches.

They plan to turn the building into their third Denver urgent care franchise. Company COO Shideh Kerman said they will invest about $3 million to renovate the bike shop into a new clinic. The plan is to open the new AFC Urgent Care by the end of the year.

The building went up for sale after Salvagetti closed last fall. Listing broker Rodney Gustafson of Case Commercial Real Estate said the building’s biggest selling point may have been the sheer size of the 38th Avenue property.

“It was a lot bigger than it looked,” he said. “It’s 11,800 square feet and included a basement level with a 12-foot clear height, so it really was a usable space. And then it had a small mezzanine that was 700 square feet.”

Salvagetti, formerly owned by Scott Taylor, sold and serviced bikes before the shop closed at the end of September 2015. Taylor also sold The Annex, a spin-off bike shop in Baker, to an employee. He got out of the bike retail business to focus on a retail-support startup with a product to help small shops tie back-office functions to the front-of-shop, point-of-sale system.

Gustafson listed the property in early October, shortly after Salvagetti tuned its last bike. He fielded calls from restaurants, breweries and a few retailers in the outdoors business. He also heard from one investor that wanted to renovate the building.

“It did go under contract for a couple of months with an out-of-state buyer that was going to do a spec unit with some retail tenants,” Gustafson said. “But he bailed out at the 11th hour and so we remarketed it and that’s when we got the new owner.”

The Kermans closed the deal for the Salvagetti building on May 11. Kerman also took out a $2.1 million construction loan on the property last week from Academy Bank, city records show.

The clinic will be the third for the Kermans, who already run AFCs at 760 S. Colorado Boulevard and 1295 Colorado Blvd. They bought the later site from retail developers Kentro Group last year. The two sites combined see about 100 patients a day, Kerman said.

There is at least one other AFC outpost in Denver at 901 W. Hampden Ave.

Taylor will ride off from 38th Avenue with a tidy real estate profit. He bought the building for $1 million in 2012, according to city records, meaning the building appreciated about 67 percent in four years.

A shuttered Highlands bike shop will become a place where riders go to get an X-ray or a few stitches.