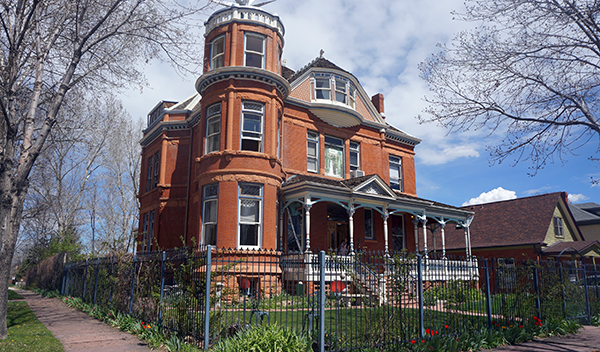 The next act is starting at a century-old mansion turned inn and theater in the Highlands.

“I’ve been interested in opening my own restaurant, and that was a little scary for my wife – and it should be because restaurants are hard to make money in,” Joel Bryant said. “We live three blocks away, we knew the property and one day saw it was for sale.”

The building sits at the corner of 37th Avenue and Bryant Street. John Mouat, a Scottish immigrant that made his fortune in the timber business, built the red brick mansion in 1890. That last owner, Walter Keller, bought the property in 1991, restored it and operated it as a three-pronged casino murder mystery theater, bed and breakfast, and reception hall.

The Bryants have a similar plan.

Bryant said he’s starting with a few theater nights a month. He wants to renovate the building’s basement into an underground casino-theater-speakeasy to make room for a full-service restaurant on the main floor. 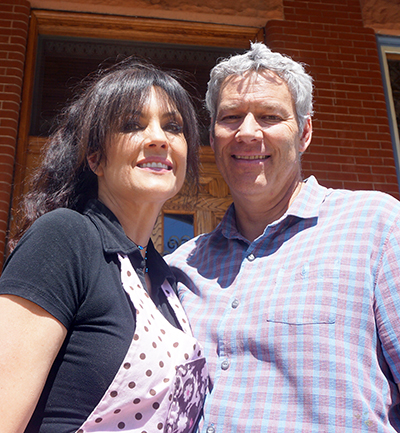 The 9,000-square-foot home has swung from ritzy mansion to a run-down apartment building and back again during its life. It was the site of a grisly, unsolved double murder in 1970 and had been condemned when Keller bought it for $80,000 in 1991.

After renovating the building and holding onto it for more than 20 years, Keller put the Lumber Baron on the market in May 2014. Generator Realtors Paul Tamburello and Lexi Steinhauer had the listing.

Steinhauer said he has heard from all sorts of potential buyers; one party wanted to make it a senior living facility and another a dance hall with office space. “There were dreamers with bed-and-breakfast ideas, but a lot of them just didn’t have the funding,” Steinhauer said. “We had a lot of people looking at multifamily and maybe micro apartments. We also had a private pool club.”

The Bryants entered the picture six months ago.

Joel said it took some cajoling to get Elaine on board. He remembers that en route for a building tour,  Elaine said she wanted to see some sort of sign that the Lumber Baron would be a good deal.

As they walked from the entry hall into the dining room, Bryant said, Elaine saw a hardback book on one of three false bookshelves Keller built. The volume, “Problems and Materials on Decedents’ Estates and Trust,” was co-authored by Elaine’s father, Edward Halbach.

And while the book sits on a shelf between best sellers “The Da Vinci Code” and the “Twilight” series, Joel Bryant said they hardly expected to see the text on estate law in a typical home library.

“It’s not a book anyone would have on your shelf,” he said, “unless you’re a judge or a lawyer.”

The Bryants closed on the sale on April 1, the 25th anniversary of Keller’s acquisition of the mansion. They financed the purchase with an SBA loan from Midwest Regional Bank.

“(Keller) spent all this money and time just lovingly restoring this place to as much of the original building as he could,” Bryant said. “Then several people came in and wanted to rip the wallpaper down and had all these horrible things they wanted to do to this amazing building.”

The Bryants are the only full-time employees at the Lumber Baron. Joel Bryant there’s a lot of work to be done to start up the restaurant. But once it’s ready, he estimates they’ll need 20 or 30 employees for all functions, including the restaurant.

The property will need to be rezoned before the Bryants could operate a full-scale restaurant, and Bryant said he’s starting to meet with the neighborhood association to get feedback on that idea.

Bryant said the current zoning not only allows, it mandates he serve breakfast onsite. Steinhauer also noted the strange specificity in the zoning code when she was selling the building, but said a commercial designation helps prevent the mansion from falling back into disrepair.

“It basically was written when Walter bought the property it 1991 to allow them to do pretty much exactly what they’re doing,” Steinhauer said. “We talked to the city and the neighborhood understands it’s one of those buildings that need an income stream to take care of it. It’s a neat place, but there’s a lot of maintenance.”

The next act is starting at a century-old mansion turned inn and theater in the Highlands.

Is there a way to get updates on when the new restaurant and bed and breakfast will open?! Sounds lovely!