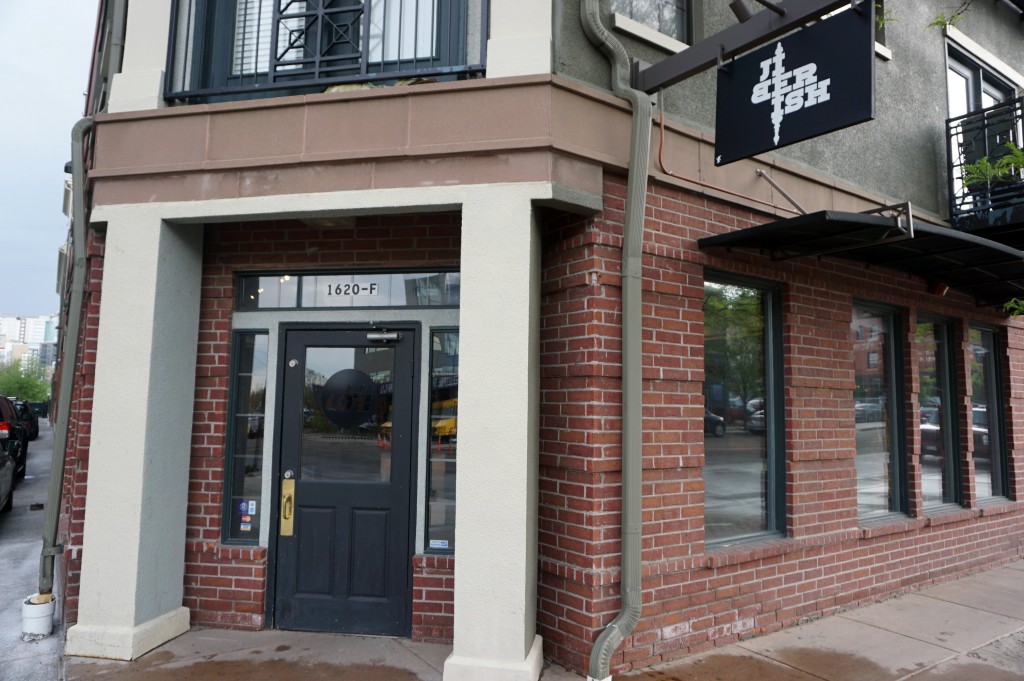 Jiberish closed its shop at 1620 Platte St. in February and will move to a bigger place at 2660 Walnut St., founder Pete Drago said. He said Jiberish closed the LoHi location because the company had outgrown the 900-square-foot storefront.

“We never wanted two stores in Denver,” Drago said. “We just wanted a bigger space with taller ceilings and nicer finishes to reflect where the brand is at this time. The Platte store was fine, but we outgrew it.”

Jiberish signed a lease for a shop located in the heart of RiNo. At 1,500 square feet, it’s almost twice the size of the old Platte Street store. Drago hopes to open the RiNo store in May.

“We knew we were going to be out of Platte in February, so we thought it would be cool to have a two-month window to regroup, get everything out of LoHi, and then build up some excitement around the new store,” he said.

The new location will contain Jiberish’s retail shop and a few offices. The company has a separate Denver warehouse.

The shop will house Jiberish’s line of hoodies, shirts, jackets, hats and pants as well as limited-edition items from other brands that customers wouldn’t find at the Platte Street spot.

Drago said that the store will launch with a stock of high-end shoes from brands such as Adidas, Puma and Saucony. He’s focusing on limited-edition sneaker runs, in which manufacturers produce only about 2,000 pairs of shoes.

Drago said Jiberish will be the only company selling limited-edition shoes in a 1,000-mile radius.

Drago founded Jiberish in 2003 with a line of 12 shirts and sweatshirts. The company hit its stride in 2008, when it started making more revenue in a single day than it did in entire prior years, he said.

The company makes about half of its revenue from online sales and another half from brand stores. Jiberish’s T-shirts run for about $32 online. Hoodies cost about $75 and button-down shirts cost between $76 and $86.

Drago opened the Platte Street store in 2010, followed by stores in Salt Lake City in 2011 and Boston in 2012. The Boston store closed last year.

The Platte Street store didn’t go quietly into the night.

“We had an old-school blowout, the type of party that defined the personality of the LoHi boutique,” Drago said. “Lots of people came through, including long-time customers, former employees, interns, musicians, athletes and designers. It was rowdy.”