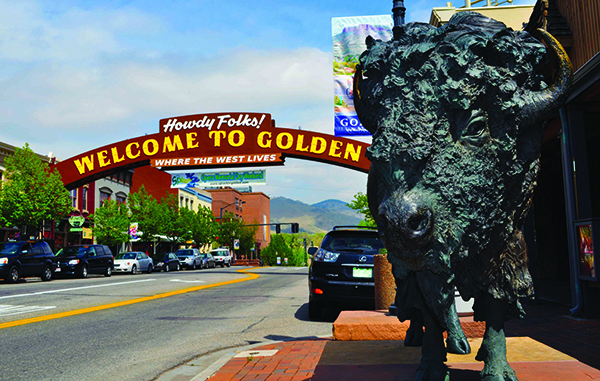 A decade-long, $5 million tax dispute between IBM and the city of Golden is headed to district court.

IBM Corp. filed two lawsuits against the city of Golden last week, claiming the city unfairly assessed over $5.5 million in taxes on IT services from 2006 through 2012.

The case, filed by IBM’s attorney Hugh Q. Gottschalk of Wheeler Trigg O’Donnell in Denver District Court last week, seeks to overturn a December ruling by the Colorado Department of Revenue on IBM’s taxes. The department ordered IBM to pay $2.9 million for back taxes from 2006 through 2008 and $2.6 million in taxes from 2009 through 2012 – plus a 50 percent penalty. Gottschalk did not return a call seeking comment.

Golden’s city attorney, Dave Williamson of Williamson & Hayashi, is adamant the assessments are correct and said the suits are in line with a pattern of behavior for IBM.

“(IBM) filed a similar lawsuit in 2005, and the court upheld our audit,” Williamson said. “This isn’t going to be any different.”

IBM alleges in its complaint that the transactions are not taxable and that it does not owe any taxes to Golden.

According to the complaint, IBM incurred taxes from services it provided to Xcel Energy at Xcel’s data center at 18201 W. 10th Ave. in Golden, dubbed the “Lookout Center.” IBM has provided IT services to Xcel at the Lookout Center since 1995.

Golden discovered the alleged unpaid funds in 2009 while it was auditing Xcel’s operations at the Lookout Center between 2006 and 2008, according to the suit. The city requested accounting records from IBM regarding its operations there, which IBM provided.

In January of 2012, Golden again requested financial documents from IBM, this time from 2009 through 2012, according to the suit. IBM complied, but both parties agreed to postpone auditing IBM until the first audit was completed.

Golden completed the first audit in December of 2012 and ordered IBM to pay $2.9 million in back taxes and late fees related to its work with Xcel, according to the complaint.

The auditor’s report was “essentially identical to a report prepared during the 2006-2008 audit” according to the complaint, which also alleges that the auditor made “several assumptions” when completing his report since he “had not reviewed any documents for 2012.”

Ultimately, Golden ordered IBM to pay $2.6 million in taxes and fees for the years in question.

IBM challenged both orders before Golden’s finance director, who reaffirmed the city’s decision in September of 2013, according to the suit. IBM then appealed to the state’s Department of Revenue.

During IBM’s appeal last month, the company claims it was not allowed to enter any evidence to support its claim that the taxes were unfair. On Dec. 10, the state’s hearing officer ordered IBM to pay the back taxes, with a 50 percent penalty because IBM’s appeal lacked “good cause and/or intentional disregard of the rules.”