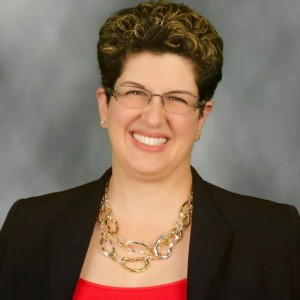 An immigration law firm with a base of clients from around the world is migrating to bigger digs in the Tech Center.

Christine Swenson said her firm – Swenson Law – has been looking for a new place for the past six months because staff members are “tripping over each other” in their current office at 5231 S. Quebec St. in Greenwood Village.

Swenson Law will depart in January for a 3,500-square-foot office in Centennial that’s five times the size of the current space. The new office is at 5161 E. Arapahoe Road.

Since she started the practice four years ago, Swenson has grown the firm from one attorney to three full-timers. She said she hopes to make two more hires in 2016.

A former criminal prosecutor who worked in Douglas and Arapahoe counties, Swenson decided to start an immigration practice after adopting her daughter overseas. Even as a practicing lawyer, Swenson was shocked to find how befuddling the legal process was.

“We didn’t have advice from an attorney,” she said. “I thought, ‘My God, what happens to people that don’t have my experience or don’t have the strength – because they’re here illegally and afraid to be deported – to ask those questions,” Swenson said.

Since then, Swenson said her firm has grown thanks to professional connections and an easy-to-find website – she said half of all clients find her firm from Google.

Swenson has also carved out a niche working through the U visa process, a path to citizenship for immigrants in the U.S. illegally that cooperated in criminal proceedings. Tapping her connections as a criminal prosecutor in Colorado, she said she can navigate district attorney offices faster than many of her competitors.

About 60 percent of Swenson’s cases involve family members filing petitions for a spouse, parent or sibling to get a green card, she said. The remaining cases involve individuals working through stages of the naturalization process, U.S. businesses trying to hire a foreigner – like sound engineers, teachers or construction workers – or a foreign business, like a music group trying to tour in the U.S.

“I’m disgusted at the political rhetoric in this country on immigration,” she said. “We need to get back in touch with the mythology of this country sheltering the tired, poor, huddled masses. And by God, I’m going to bring in as many of them as I can.”

My Wife is a soon to be green card recipiant from Venezuela and is looking for new opportunities in the area of translation for the spanish speeking clients af a office ,, she should have her work authorization soon,, who should she contact??

Mr. Gallegos – Congratulations to you both! There are a lot of organizations and companies she can contact to look for work. Too many to mention here! I’d be happy to talk with her and put her in touch with several I work with regularly as a starting point.