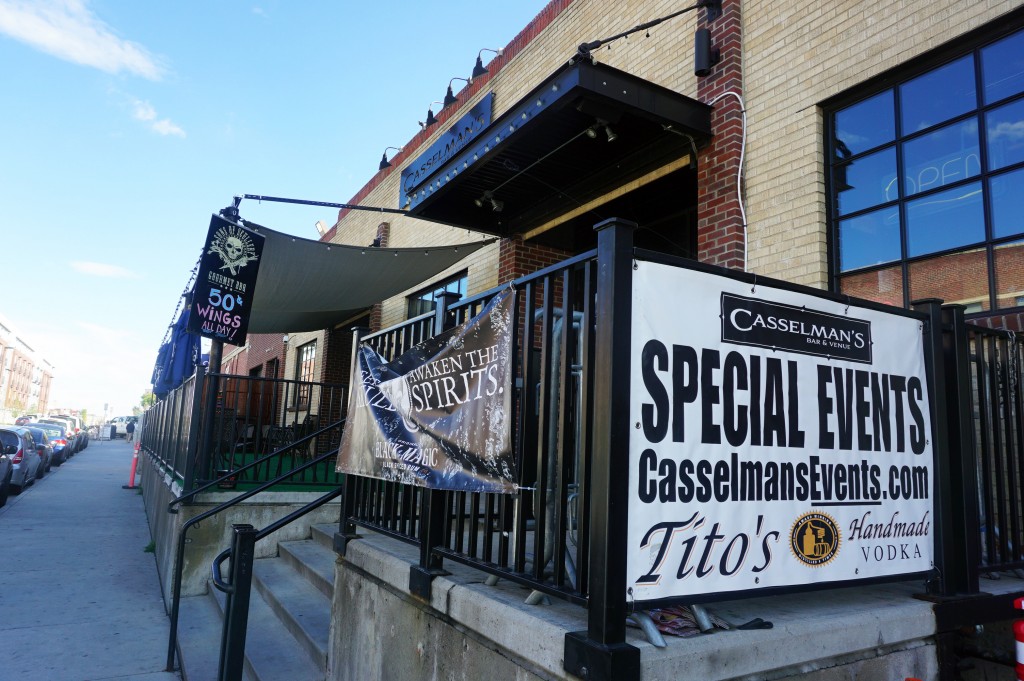 A new brewpub will take the place of Casselman’s entertainment venue. Photo by Burl Rolett.

An Oregon outfit will be brewing in RiNo by next year – and fighting for market share with at least nine breweries already up and running in the former industrial neighborhood.

10 Barrel Brewing Co. plans to open a brewpub at 2620 Walnut St., co-founder Garrett Wales confirmed last week. The brewery will take the place of the current Casselman’s Bar & Venue, which sold earlier this year to a group of veteran River North developers.

“Pubs have always been huge in telling the story of 10 Barrel,” Wales said in an email exchange. “When we expanded into the Denver market earlier this year we experienced first-hand what an amazing craft beer city it is. And knew the next step was to build a pub there.”

The Bend, Oregon-based brewer’s beers first rolled into Denver in spring 2015. The company was founded in 2006 and sold to beer giant AB-InBev in 2014; AB-InBev this week also swallowed Colorado’s Breckenridge Brewery.

Denver will be 10 Barrel’s fourth retail bar location after pubs in Bend, Portland and Boise, Idaho.

Wales said 10 Barrel will start renovations soon, and he plans to be brewing in Denver by the second half of 2016.

A new brewpub will take the place of Casselman’s entertainment venue. Photo by Burl Rolett.

A brewery out of Oregon -- which is under the Anheuser-Busch umbrella -- will open a fourth pub location in the beer-happy RiNo neighborhood next year.