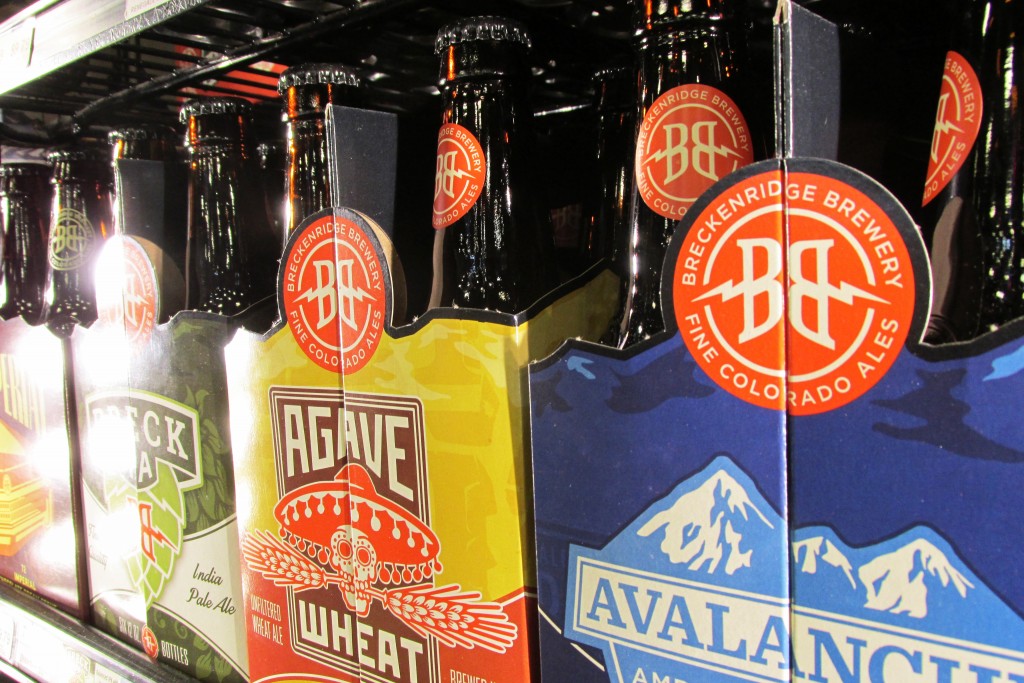 Anhauser-Busch is adding Breckenridge Brewery to its mixed pack of craft brewers. Photo by Aaron Kremer.

Big beer has bought into the Colorado craft brew business.

Anheuser-Busch is acquiring Breckenridge Brewery, the beer giant announced Tuesday, adding the Littleton-based brewery to a fast-growing list of smaller shops it has gobbled up recently.

Terms of the deal were not disclosed, and Breckenridge Brewery head Todd Usry did not return a call seeking comment.

The sale is expected to close in the first quarter of next year. Breckenridge Brewery will become the seventh independent brewery Anheuser-Busch has bought after spending upwards of $200 million on five others since 2011 and announcing plans to buy Arizona’s Four Peaks Brewing earlier this month.

Breckenridge is on pace to sell about 70,000 barrels this year, making it one of the bigger breweries AB-InBev has picked up.

Bert Watson, chief economist at Boulder-based craft beer promotor Brewers Association, said the company’s run of small-brewery acquisitions is part of a strategy to get its distributors selling more Anheuser-Busch products to retailers.

The Wall Street Journal recently reported the company plans to pay as much as $1.5 million in bonuses if 98 percent of a distributor’s sales volume comes from AB-InBev brands.

Now if a distributor sells a six pack of Breckenridge’s IPA to a liquor store, that sale could inch the wholesaler closer to a seven-figure payday.

“So now A-B can go to its distributors and say, ‘We have a craft portfolio and a great Colorado brand here,’” Watson said. “It’s another reason to focus your best efforts on A-B products instead of products from other independent breweries.”

Fort Collins-based New Belgium Brewing Co., the biggest independently owned brewery based in Colorado, has also been on the lookout for a potential buyer, according to a Reuters report from earlier this month.

Watson said AB-InBev may be out of the market for more Colorado breweries if its acquisition history is any indication. He said the beer conglomerate has pursued a regional strategy, buying up a brewery in one part of the country and moving on to another state.

He said it makes more sense for AB-InBev to have one Colorado beer brand to push to distributors instead of competing with itself by promoting two or three.

“We haven’t seen AB make too many multiple acquisitions in one state, but that’s not to say it couldn’t happen,” Watson said. “Many of the regional craft brewers in Colorado have some percentage of an (employee stock ownership plan), which would make an acquisition more challenging.”

For now Breckenridge’s beers, led by flagships agave wheat, vanilla porter and Avalanche ale, are sold in 35 states. Watson said the Breckenridge name will almost certainly start showing up in more places under the AB-InBev banner.

Pablo Zuanic, an analyst who covers AB-InBev for Pennsylvania-based Susquehanna International Group, said craft beer now has about a 9 percent market share nationwide. In some regions, he said, that figure spikes to more than 30 percent.

“If you’re the leading beer company in the U.S. and you have 48 or 50 percent market share, and the market is migrating to a different segment, either you have to develop your own brand or buy craft beer brands,” Zuanic said.

Anhauser-Busch is adding Breckenridge Brewery to its mixed pack of craft brewers. Photo by Aaron Kremer.