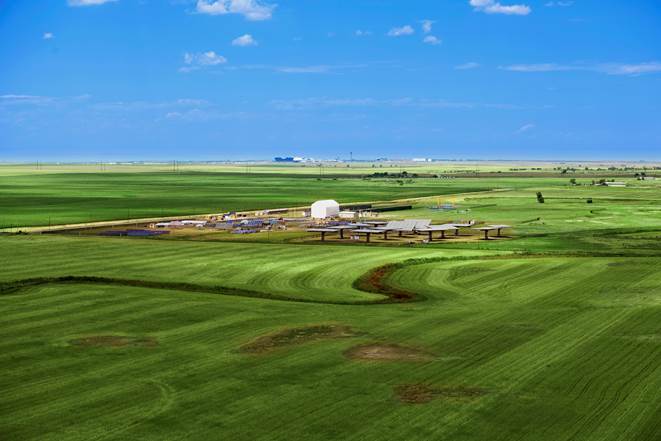 An Aurora-based nonprofit solar research lab has landed the last piece of funding it needs to build a test site for energy startups.

SolarTAC, a 74-acre campus dedicated to solar research outside of Denver International Airport, will break ground on a $1.5 million expansion of its existing outdoor laboratory this summer.

It won the go-ahead $500,000 grant to proceed last week from the Colorado Office of Economic Development and International Trade.

“When you have businesses like battery companies, inverter companies, energy generation companies, it’s hard for them to come in and build their own infrastructure,” Smith said. “So now SolarTAC will build it, and they don’t have to.” 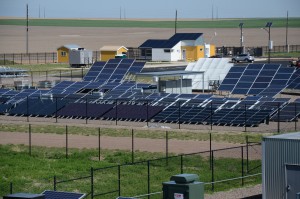 SolarTAC plans to bring 10 smaller companies and three larger firms onto its grid.

Energy components are only as good as their ability to “play nicely” with one another, Smith said; a photovoltaic cell is useless if there’s no way to pump the energy it generates across a grid and into a light bulb. But many solar cell makers – and other intermediaries between generating energy and switching on a light – don’t have the money to build and maintain a start-to-finish testing ground themselves.

In exchange, those companies received 5 acres for individual testing sites and can vote to decide which machinery is needed for shared testing areas. They can also access the results from all shared tests, as well as get set-up and maintenance help from SolarTAC.

Now, the goal is to get smaller, younger companies on the campus, too.

It currently has six members, and when construction is complete, it will have capacity for 10 companies in the accelerator and three more full-sized members. The only requirement is to pay fees, Smith said, which will vary based on energy and space used.

SolarTAC has already hired engineering firm Burns and Mack as the architect, Smith said, but is yet to bring on a general contractor. The plan is to finalize designs by Jan. 1 and to begin construction this summer. Smith expects the new facility could open as early as fall 2016 but could face delays pending feedback from tenants on which amenities they propose.

SolarTAC leases its acreage from the city of Aurora as part of the Aurora Campus for Renewable Energy, a 1,762-acre plot of land east of DIA.

Smith said SolarTAC would not be possible without all of that wide-open space in direct sunlight.

“The sun doesn’t do anything to a solar panel or an inverter or converter that it doesn’t do to your car,” he said. “Not to mention rabbits and birds, wind, rain, and hail, very cold and very hot weather. You need to get these parts into real-world load conditions.”