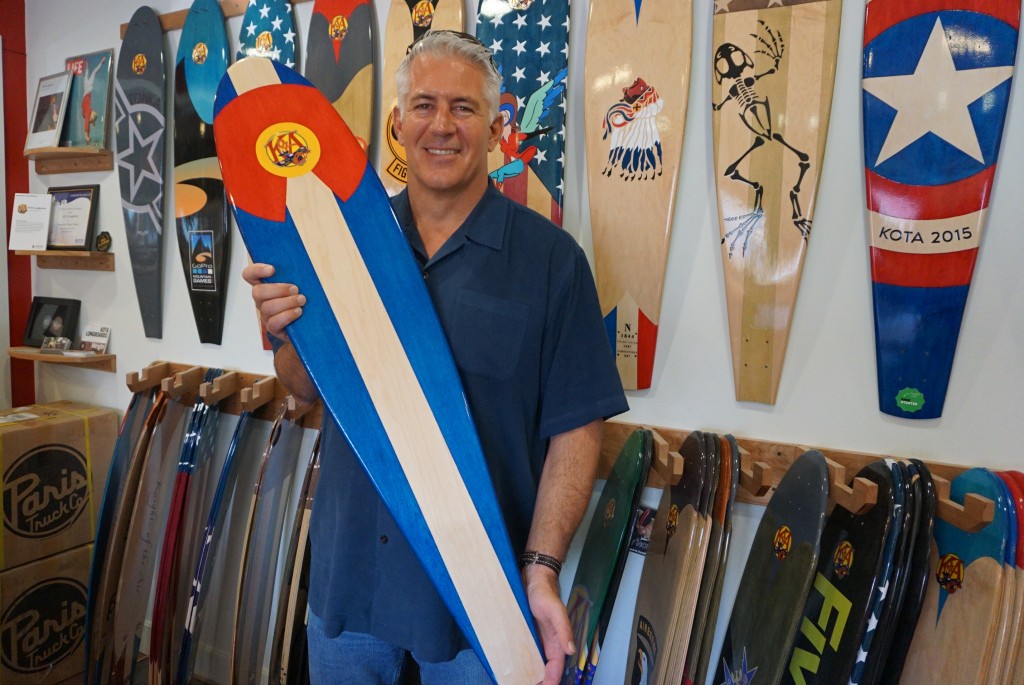 Mike Maloney, founder of KOTA, shows off one of his longboards. Photos by George Demopoulos.

As it tries to skate into the green, a Denver startup is getting itself some national screen time.

Knights of the Air, a RiNo longboard company, will be featured in an episode of CNBC reality show “The Profit” that premieres tomorrow night.

The episode will feature screenshots of BusinessDen’s June 18 article on KOTA’s unsuccessful Kickstarter campaign, according to producer Eric More.

Professional skateboarder and founder of DC Shoes, Rob Dyrdek, will make a guest appearance on the show, according to “The Profit” website.