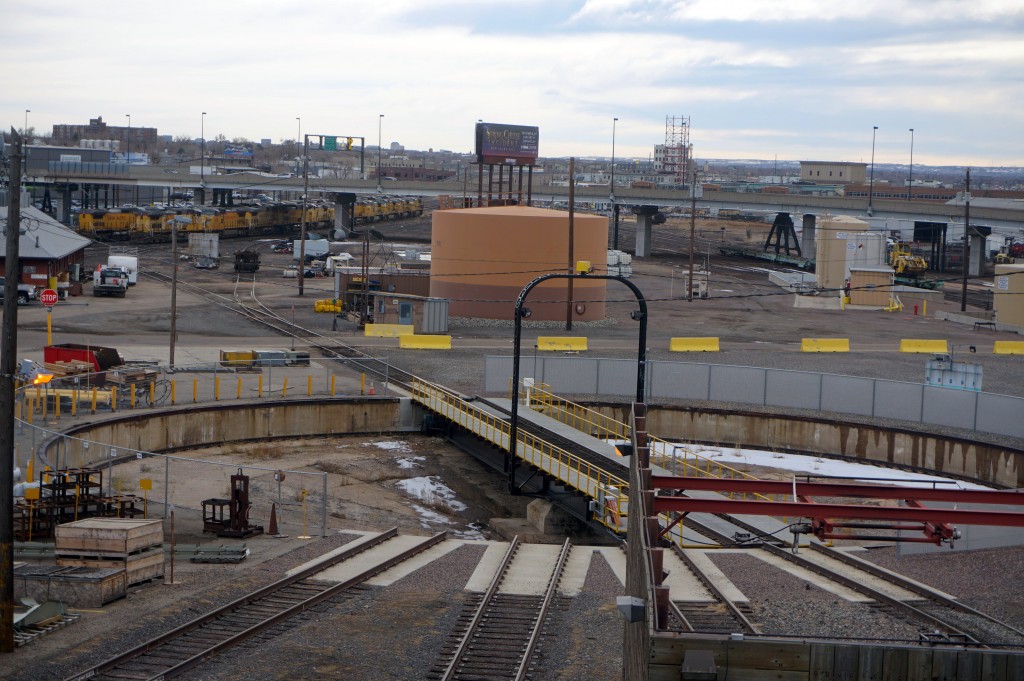 Union Pacific is closing down its huge railroad operation in Central Denver. Photos by Burl Rolett.

A soon-to-close rail yard could be the next major Denver land assemblage to hit the market.

Union Pacific is closing its 70-acre Burnham repair yard in Central Denver next year, a sprawling complex that stretches from Fourth Avenue to 12th Avenue just east of Interstate 25. It’s a major industrial site that could hit the market in the next year, and brokers say there aren’t many development possibilities you can rule out.

But with 70 acres to play with on a plot that borders a light rail station near the middle of town, Fletcher said residential, mixed-use and even retail suitors could come knocking.

“Having that size of a site in Denver is pretty rare, so there is also going to be demand from other market sectors,” Fletcher said. “That could include mixed-use, retail or residential – either multifamily, detached single-family or a townhome-type product for rent or for sale.”

The Burhham repair yard will close in the middle of February, Union Pacific has announced, and the company plans to sell the real estate. The company fixes and overhauls locomotives at the site, which currently employs more than 200 workers. 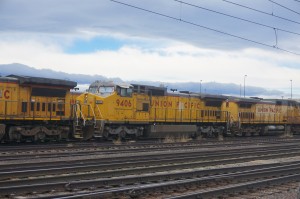 Union Pacific currently employs 200 workers at the Burnham yard, which will shut down in February.

But coal trains coming out of Colorado have dropped 80 percent in the last decade, according to a Union Pacific press release announcing the closure. Spokeswoman Calli Hite said the company will begin site evaluation early next year and plans to decide how to market the property in the third quarter of 2016.

At 70 acres, the site is bigger than both the 40-acre Gates redevelopment near Interstate 25 and Broadway and the 60-acre Elitch Gardens amusement park that sold earlier this year.

Right now the Burnham site is zoned for industrial business and has a couple dozen buildings. Fletcher said another industrial use would make sense.

He said there are not many development sites for new industrial buildings nearby, and the biggest new deal in the neighborhood – the Denver Urban Business Center at 701 Osage St. – is leasing up quickly.

Unique Properties brokers Bob Busey and Richard Bowler said companies needing bigger buildings have trouble finding space in the area. That’s an issue Bowler said could be remedied on a site as big as Burnham.

“Most of the industrial properties in that area are pretty small buildings,” Bowler said. “I would think this site could work for some bigger users that may want to be in the Central Denver area.”

But while industrial uses bookend Burnham to the west, its eastern stretches are just blocks from the Lincoln Park neighborhood. The 10th and Osage light rail station at Burnham’s eastern edge, Busey said, could make the place an attractive site for multifamily developers.

Big-time retailers could also target the site in hopes of putting down their own flag in the middle of town, Fletcher said.

“There are a number of retailers that see this area as a hole in the donut for them in the Denver metro area,” he said.

While brokers agree the site has abundant redevelopment potential, they also say it won’t come without obstacles. Without direct knowledge of any specific issues, Busey and Bowler said prospective buyers will need to have an eye toward environmental issues.

“Your major challenge over there could be environmental,” Busey said. “This is certainly going to be a concern to anybody who may move into that area.”

“There are all kinds of oil, fuel, diesel and solvents they use in the railroad industry,” Bowler said. “I’m sure Union Pacific has probably been a pretty responsible user, but with over the time this facility has been in existence, there could still be some concerns.”

Fletcher said the city will also have significant input on any redevelopment plan at the site, and it will probably take one big-time developer to keep everything running smoothly at Burnham.

“It’s big enough that it will require a master developer to come in and lay out something that will be a cohesive project that they can take to the city, lenders and other groups that would need to sign off,” he said. “There are a lot of possibilities on this site, and it will be transformational to the area depending on which direction you go.”

Union Pacific is closing down its huge railroad operation in Central Denver. Photos by Burl Rolett.

A 70-acre railroad repair yard in Central Denver is set to hit the market, and real estate brokers say its size and prime location could support industrial, residential or retail redevelopment projects.