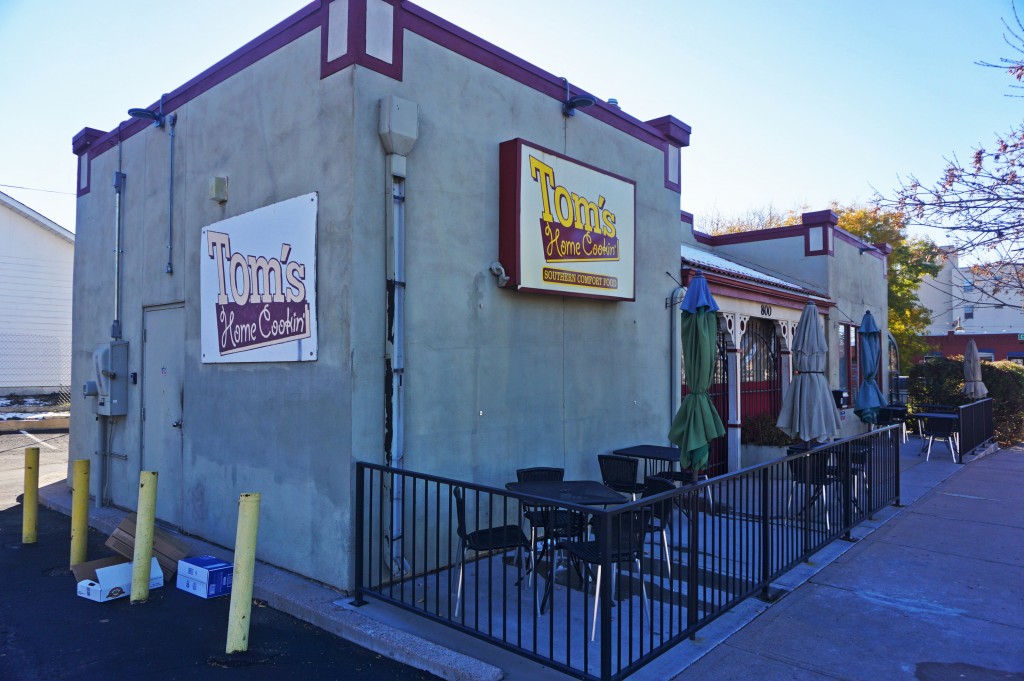 The Tom’s Home Cookin’ building is up for grabs. Photo by Burl Rolett.

After 15 years of dishing out catfish, pulled pork and chicken fried steak, the owners of Tom’s Home Cookin’ have cashed out of their popular Five Points diner.

Tom’s Home Cookin’ sold Monday to KFK Investments LLC for $630,000. The deal closed just two weeks after BusinessDen reported the restaurant space had hit the market at an asking price of $585,000.

Developer Karen Wolfe, manager of the LLC that bought Tom’s, declined to comment on her company’s plans for the building when reached by email Tuesday afternoon.

The building itself totals about 1,350 square feet and sits on 7,000 square feet of land. The parcel is zoned for up to three stories of commercial development. It sits just two blocks off of Five Points’ bustling Welton Street corridor and almost directly across the street from the recently redeveloped Five Points Plaza. 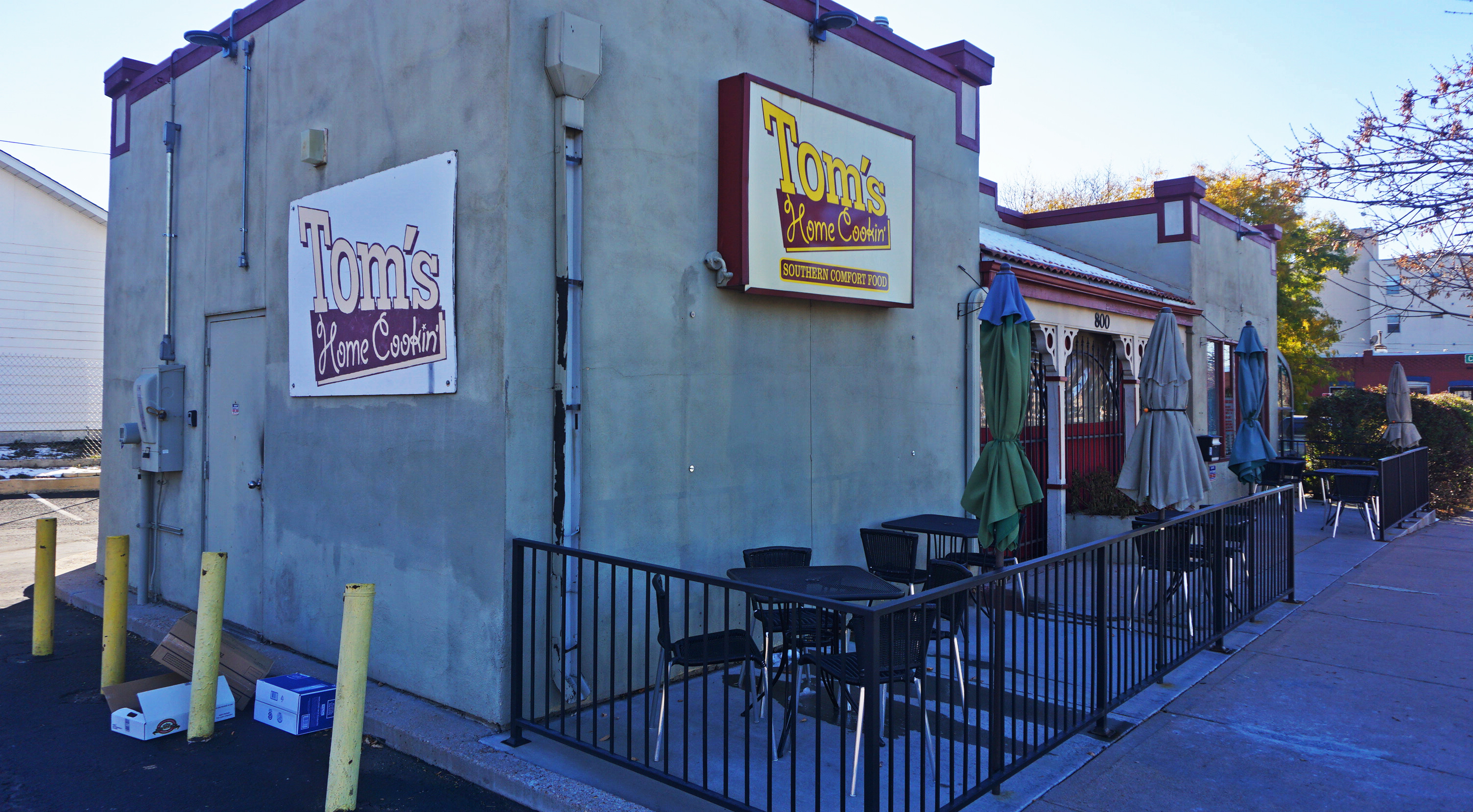 The Tom’s Home Cookin’ building is up for grabs. Photo by Burl Rolett.