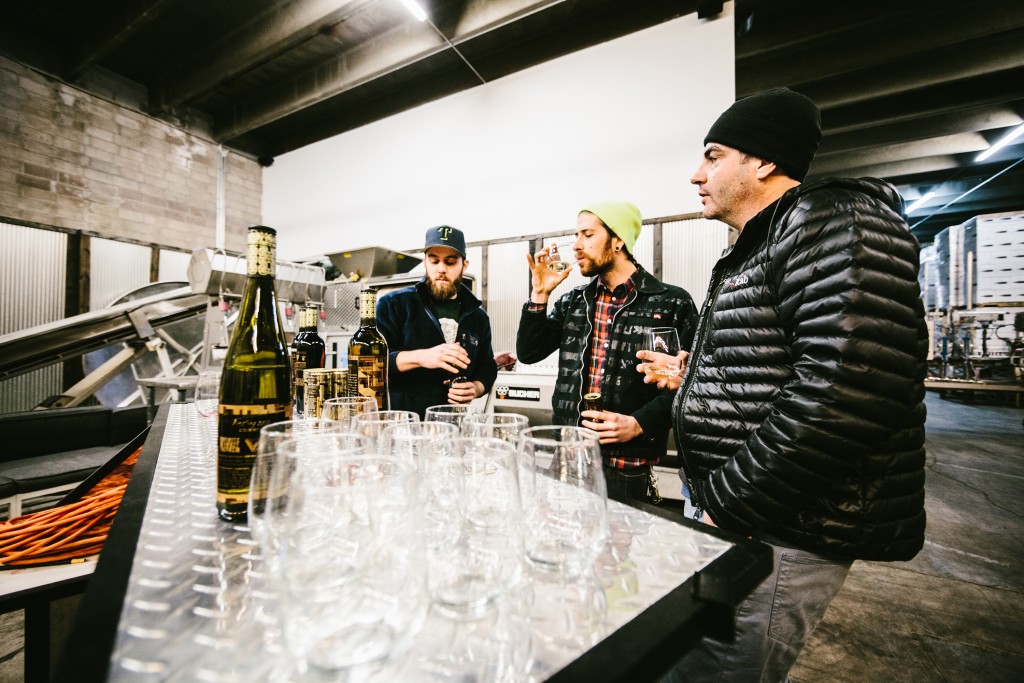 When it came time to pick a second city for his urban winery, Infinite Monkey Theorem owner Ben Parsons said Austin, Texas, was a no-brainer.

“When we started the winery we had always envisioned opening in similar locations to Denver in terms of demographics, like education level and median age,” Parsons said. “It’s the fastest-growing metro city in the U.S., and the median age is 34 with highly disposable income. And Austin is a big foodie town like Denver is becoming.”

But not everything is bigger in Texas. Parsons said the Austin Infinite Monkey Theorem is 7,500 square feet, and the RiNo location is 12,500 square feet – that’s because the Denver winery has the added responsibility of churning out canned wine.

About 4,500 square feet of the Austin facility is dedicated to production and bottling and kegging wine, with the remaining space used as a taproom, Parsons said. 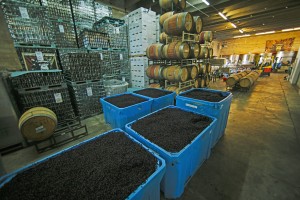 The Austin shop is currently serving wines made in Colorado. But it has begun aging its first run of wine, which Parsons said will be available next year. The batch consists of three white and five red wines, with the majority of grapes grown around Texas, Parsons said.

Parsons, 39, said he spent around $170,000 so far to launch the new location. He bought $120,000 worth of equipment and spent an additional $50,000 on construction, he said, financed primarily through a line of credit with a Texas bank.

Parsons relocated his CFO to Texas to run the Austin site. He hired six employees to staff the facility, he said.

Parsons founded Infinite Monkey Theorem in 2008 in the Santa Fe Arts District before moving into its current facility in RiNo in 2012. The company’s wine is available in 37 states thanks to distribution deals with Whole Foods, according to Parsons.

It’s also available on Frontier Airlines flights, and Parsons said a distribution deal with the Springhill Suites hotel chain is in the works.

Parsons, a U.K. native, became interested in fermenting after a short PR career in London.

A two-year stint making wine in Australia and New Zealand led to a job at the Canyon Wind Cellars winery on the Western Slope in 2001. After working at Canyon for five harvests, he began consulting for wineries in the Durango area and running deliveries to Denver before opening Infinite Monkey Theorem.

“I had to drive from Cortez to Denver every week with 88 cases of wine,” Parsons said. “I decided it was so stupid to have a winery located hours away from where everyone will consume the wine.”