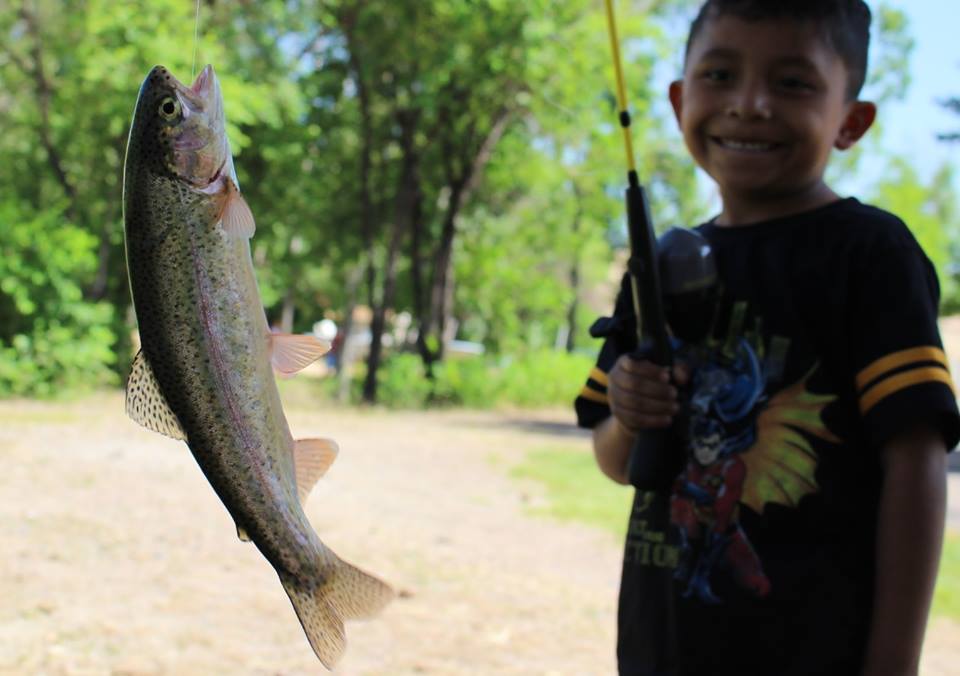 An ELK student shows off his catch at a fishing clinic. Photos courtesy of ELK.

A 20-year-old nonprofit that brings city kids into the great outdoors is cultivating its own patch of green in Montbello.

Environmental Learning for Kids will begin a $6 million project for a new education center and park this spring.

The ELK Education Center and Montbello Open Space project will sit on a vacant plot at 12680 E. Albrook Drive. ELK says it has already raised $2.55 million for the project.

The nonprofit has always served students around Montbello, Executive Director Loretta Piñeda said, but the group never had a formal space there to host events. 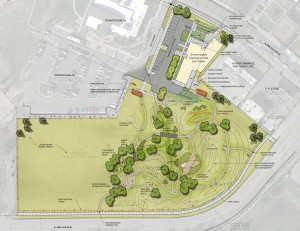 Outdoor amenities will include various habitats, a climbing and ropes area, open fields and an outdoor classroom.

Instead, ever since the nonprofit launched in 1996, it has held regular meetings in the living room of husband-and-wife founders Scott and Stacie Gilmore, who are longtime Montbello residents.

But with 437 students ages 5 to 25 attending ELK programs year-round, the living room has started to feel a bit too cozy.

“The last leadership meeting, we had 100 kids,” Piñeda said. “We spend a lot of programs there (in Montbello), so we really need a place in the community.”

So Piñeda is looking forward to the new center, which will have two classrooms, a computer lab, offices for staff members and hangout space for kids and their parents.

In addition to programs ranging from internship placements to hiking trips outside the city, ELK teaches weekly classes at 27 schools in Denver and Adams and Arapahoe counties.

But much of the ELK curriculum can only be taught outside a brick-and-mortar school. The nonprofit takes kids on an archery outing to teach them about target velocity and helps grade-schoolers scoop pond samples to see microorganisms in the water.

That’s why ELK will start to prep its outdoor campus this spring, Piñeda said, well before it hopes to have crews pouring concrete the following fall. The vision is a prairie-grass park that mimics the flora and rock formations of Rocky Mountain National Park, Piñeda said. 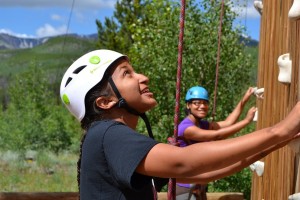 An ELK student learns the ropes of climbing at a 2014 event.

ELK has been planning its new center since 2012, when the Trust for Public Land purchased the 5.5-acre parcel for $1.13 million, holding the property until ELK could reimburse it the following year. The trust then transferred ownership to the city and county of Denver to ensure the space remains a park; ELK will lease it for the next 50 years.

In 2013, ELK reported $1.027 million in revenue, according to tax filings. It has raised money for the site purchase and construction from Denver Parks and Recreation, Great Outdoors Colorado, the National Park Service and a number of private foundations. ELK aims to complete the 7,000-square-foot education center and program office by spring 2017.

From the start, the Gilmores’ goal was to encourage city youth, especially Hispanic and black students, to pursue careers in natural resource and wildlife research – and to hit the trails themselves.

So when Piñeda heard a couple of older students planning a trip to Manitou Incline – alone – she was thrilled.

“When you don’t see a lot of people that look like you, you’re not as excited about it,” Piñeda said. “I realized that these kids probably wouldn’t have even thought of doing that if not for the experiences they had with ELK.”

An ELK student shows off his catch at a fishing clinic. Photos courtesy of ELK.

After years of squeezing kids into its founders' Monbello home, a longtime nonprofit is building a new facility and creating its own park to introduce local students to the outdoors.