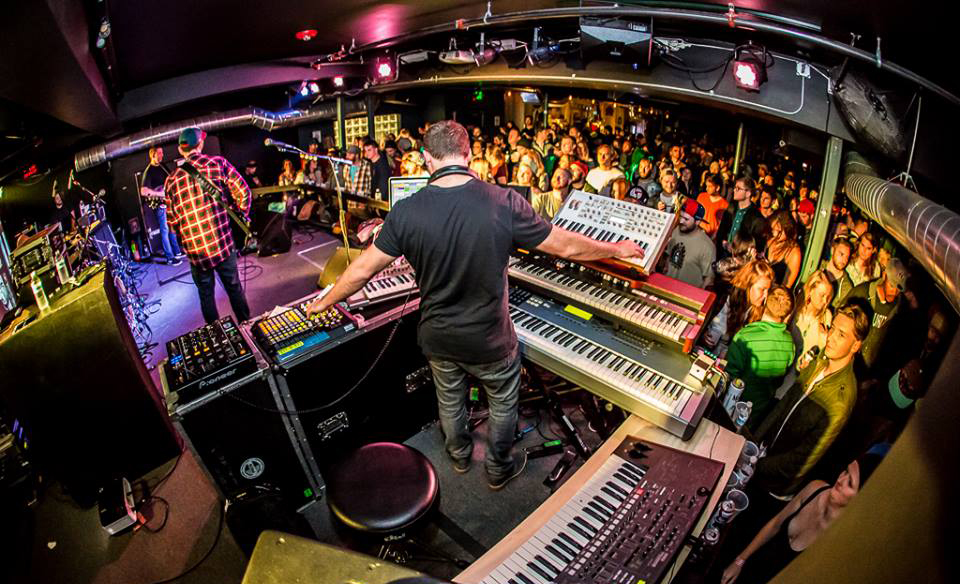 Conspirator plays a show at 1Up Colfax. Photos by J. Mimna, courtesy of 1Up.

Colfax’s arcade-pub is rebooting its business model as it prepares to open a new location.

1Up Colfax, which combines an arcade, bar and music venue in Capitol Hill, announced yesterday that it will no longer host concerts. The business also operates a 1Up in LoDo on Blake Street.

“The return on investment for the music was low in comparison to the returns on our core business – selling alcohol and having people play games,” said Woody Adler, 1Up’s operations manager. “We gave it a shot for a couple years, had some successes and some bumps in the road, but it was sucking the wind out of the management team.” 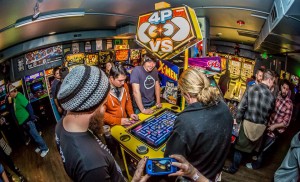 1Up has hundreds of arcade games between its two locations.

All future concerts have been cancelled. Tickets that were sold will be refunded, Adler said. The surprise change came on the heels of two sold-out performances by Vermont-based jam band RAQ, which drew 900 attendees over the weekend.

The venue cut five of its employees, including a lighting tech and talent buyers.

Instead of running the venue, Adler said he plans to open a third 1Up location in the Denver area in 2016. He’s scouting locations for the new spot in Aurora and Lakewood, he said.

“There’s a location just south of Denver in Aurora that we’re trying to secure – it just came on the market,” Adler said. “One of the markets that we feel is underserved is the south side of the Denver suburbs. We’re noticing that a lot of the younger professionals there lack the desire to drive downtown and then come home late at night.”

An ideal location will be between 5,000 and 8,000 square feet, Adler said, and include a kitchen. It generally takes around 18 employees to staff a location and about $250,000 in startup costs, not including the purchase of the arcade games.

The Colfax 1Up will continue to operate as a bar and arcade in its 2,400-square-foot front room, and its 5,600-square-foot stage and dance floor will be repurposed as the company’s offices and storage space for arcade games. 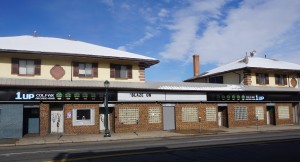 The music venue portion of the Colfax property will be converted into offices. Photo by George Demopoulos.

The company owns about 450 arcade games split between its two properties and in storage, Adler said, which cost between $2,000 for older games and $15,000 for new pinball machines.

One of the difficulties for the music venue was customer turnover, said Craig Bailey, 1Up’s marketing manager. Patrons coming to the bar for a pint and a round of Tetris left quickly, while concert-goers lingered for hours and spent little money.

The music venue occupies the former Kitty’s East adult store, which 1Up renovated after it closed in 2013.

Adler’s son Jourdan founded 1Up’s first location in LoDo in 2011 after moving to Denver from Texas. He’d originally considered opening in the Highlands at Old Major’s current location, but opted for a downtown location instead.

Conspirator plays a show at 1Up Colfax. Photos by J. Mimna, courtesy of 1Up.