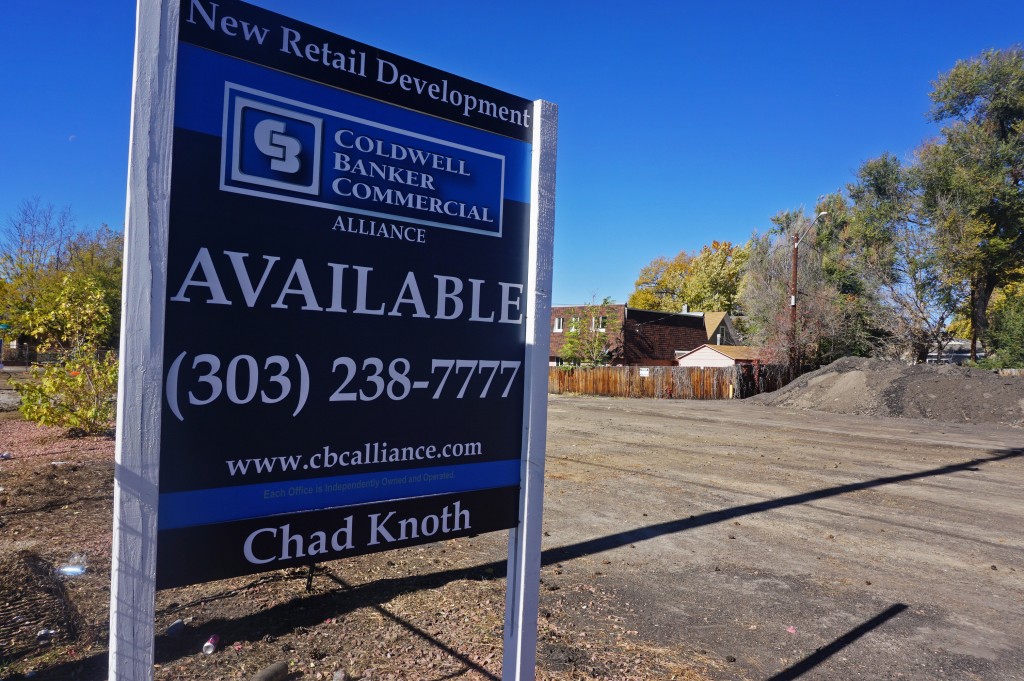 A new car wash is planned for a lot on 38th Avenue.Photo by Burl Rolett.

After five years of developing shiny high rises, a local developer is getting her hands dirty in car wash real estate.

“This kind of model offers everything to everyone,” Madrid said. “If you want to get a $6 car wash and drive away, we have that. If you want a $300 detail we’ll have that, as well.”

Gleam will replace a former Hilario’s Mexican restaurant at 38th Avenue and Xavier Street. Both Baratta and Madrid have an ownership stake in the real estate and the planned car wash business.

Baratta, head of real estate firm Turnbuckle Development, has the group’s development expertise. Madrid runs car wash consultancy WashGuru, and by his own estimation has advised upwards of 400 car washes.

The two started working on the Gleam concept a year and a half ago. Baratta had recently launched Turnbuckle after four years with Denver-based Zocalo Development. After working on big-time, high rise projects with Zocalo, she said she was in the market for deals for her fledgling firm.

“When you start your own development company you’re not going to be dealing with institutional equity anymore,” Baratta said. “So you have to get a little creative and a little scrappy.”

Baratta had heard from several friends that the neighborhood needed a car wash and got in touch with Madrid through a mutual friend.

Baratta and Madrid bought the Hilario’s site in November 2014 for $2.3 million, city records show, from restaurant owner Hilario Banuelos. He has since relocated his restaurant to 955 S. Kipling Parkway in Lakewood.

Madrid said they liked the location for its visibility and the traffic count that passes by on 38th Avenue.

“Without even doing any math on it, I could see it was an excellent location,” Madrid said, before Baratta added they did plenty of math.

Baratta said they had the car wash in mind when they bought the site but entertained other ideas from what she called the “usual suspect” projects for restaurant, retail and small-scale mixed use.

“At the end of the day, the cash flow from the car wash and just the excitement of starting a new brand won out,” Baratta said.

Gleam will be the first car wash Madrid has owned himself. Gleam will have about 7,800 square feet of total building space between the drive-through tunnel, a garage for interior cleaning and detailing and a small waiting room and coffee shop.

The typical car washes tend to cost between $3.5 million and $4 million to develop, Madrid said, and Gleam will likely top the $4 million mark. The project is being financed with loans from Collegiate Peaks Bank and Colorado Lending Source.

Baratta and Madrid demolished the former Hilario’s restaurant two weeks ago and hope to have Gleam open between March and April 2016. Aslan Corporation is the general contractor.

The Gleam team has their sights set on having another two or three car washes running in the next three years.

“We plan to be profitable within about three months, and usually when you become profitable banks will start lending,” Madrid said. “Proof of concept will come pretty quickly.” 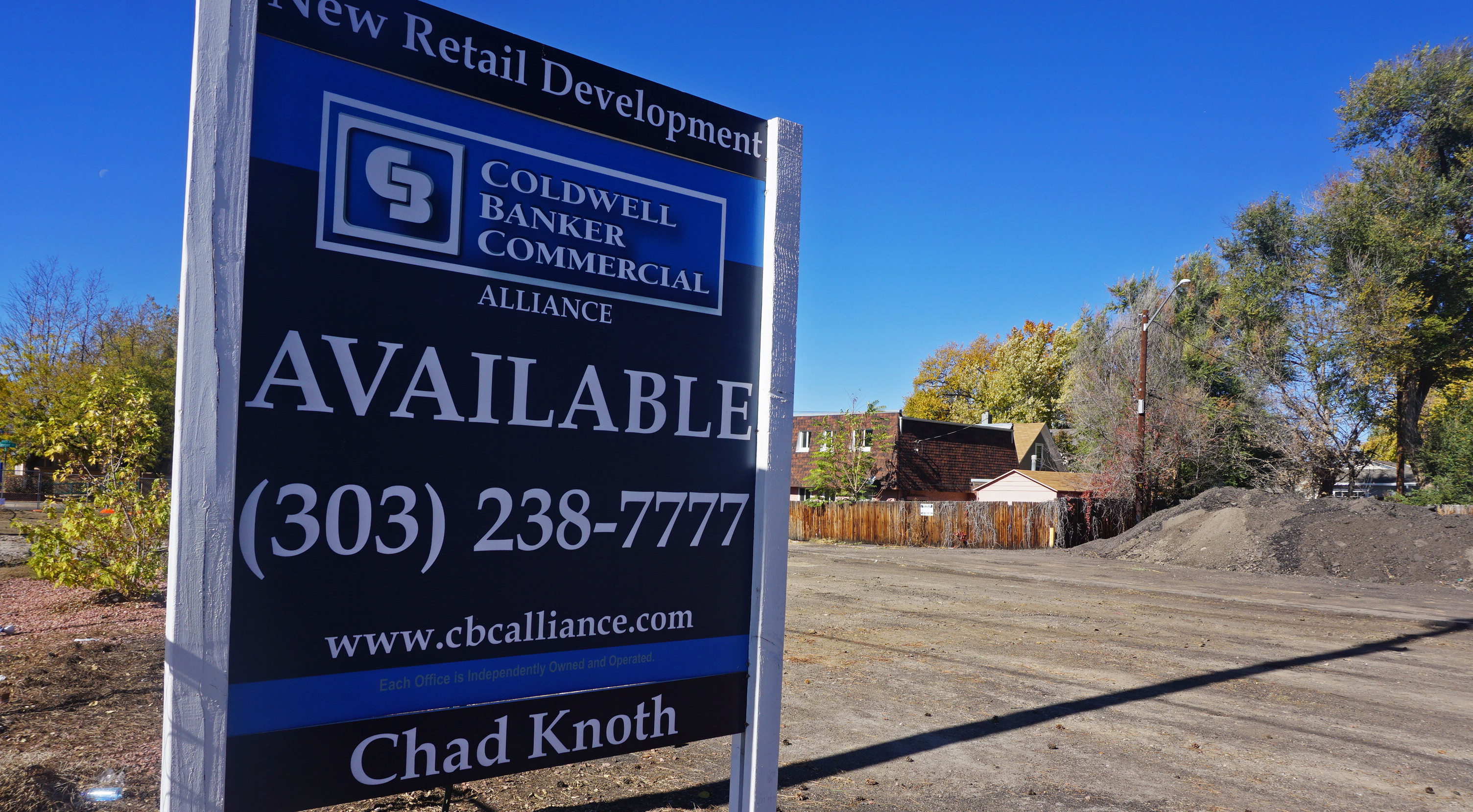 A new car wash is planned for a lot on 38th Avenue.Photo by Burl Rolett.

After leaving a larger firm to go out on her own, a developer is starting to build up her local projects with a new car wash that will have some pricey cleaning packages.

1. The car wash intends to service approximately 800 cars per day (1200 at full capacity), which will create a serious emissions problem and health hazard in our neighborhood.

2. The traffic created by cars backed up to enter the car wash, will negatively impact the neighborhood traffic flow. Pedestrian and bicycle safety is a concern.

3. The volume of cars creates a significant safety issue with potential for increased motor vehicle accidents.

4. The traffic flow patterns will disrupt the 2 designated school bus stop pick-ups on both Xavier and Wolff Streets at W. 39th Avenue, each within a block of the proposed business.

5. The noise of the vacuums and blowers from the car wash will affect our ability to maintain a peaceful and quiet environment.

6. Maneuvering through the traffic created by cars backed up to enter the car wash is a significant safety issue.

7. The volume of cars and noise stand will negatively effect the people and established businesses of that Berkeley corridor.

8. Current property owners are concerned that the noise, traffic and aesthetics will negatively influence the property values of their homes.

9. The back-up of traffic on both Xavier and Wolff Streets will also complicate the neighbors’ ability to exit the Berkeley neighborhood safely at the only street light located on Wolff Street at W. 38th Avenue.

10. This is not the right type of business for this kind of location and the city needs to address these concerns.

11. This business will employ approximately 30 people, all of whom will need to find street parking in the immediate vicinity local residence and patrons established local businesses.