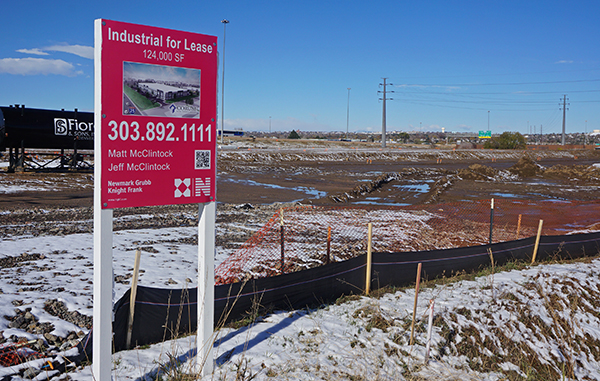 A new set of warehouses are planned for a lot near the interstate. Photo by Burl Rolett.

A rare interstate-fronting warehouse development is coming to a site one family has owned since before the interstate came through.

Corum Real Estate Group is building a new 124,000-square-foot warehouse just off of Interstate 25 on 62nd Avenue. The company bought the 7.5-acre site in September, a location Corum Vice President Eric Komppa said he liked for its easy interstate access at 58th and 70th avenues.

“Industrial real estate is a pretty hot commodity right now, and infill industrial is even harder to find,” Komppa said. “It’s going to be the first development deal with I-25 visibility since the last cycle at least, if not longer.”

Corum bought the land in September from Tony and Lou Ficco for $2.08 million, Adams County records show, which figures to about $6.60 per square foot. The Ficcos had owned the site since 1941. Their property originally had 10 acres but was cut down to 7.5 acres when Interstate 25 was built in the 1960s.

Central 62, as the warehouse project is called, has no tenants signed yet. The building will have four 30,000-square-foot chunks, each with its own loading dock. Komppa said they could divide the building between four tenants but likely will not take tenants at less than 30,000 feet.

Asking rates will hover around $8 per square foot, Komppa said, adding that the building has drawn leasing interest primarily from distribution outfits.

“You have 280,000 cars a day driving by, you’ll be 5 miles north of downtown Denver and won’t have to deal with I-70 congestion,” Komppa said. “There are signage opportunities in an infill location with quick access to a large customer base.”

BSD Builders is the general contractor on the Central 62 project. Ware Malcomb designed the building and HFF Denver arranged the loan.

Matt McClintock said the land sold in an off-market deal. The Ficcos have a number of multifamily buildings and other commercial buildings, McClintock said, and will keep their focus on the apartment business.

The McClintocks will also market Central 62 for lease. As more industrial buildings along Brighton Boulevard and near the stock show complex are converted and scraped, McClintock said he hopes Central 62 can be a landing spot for industrial companies looking to stay near downtown.

“There’s a lot of industrial companies out that that are being pushed out of downtown,” McClintock said. “What makes this unique is it’s close enough to downtown to be a central location, and it provides an option for those tenants to move into a new construction building.” 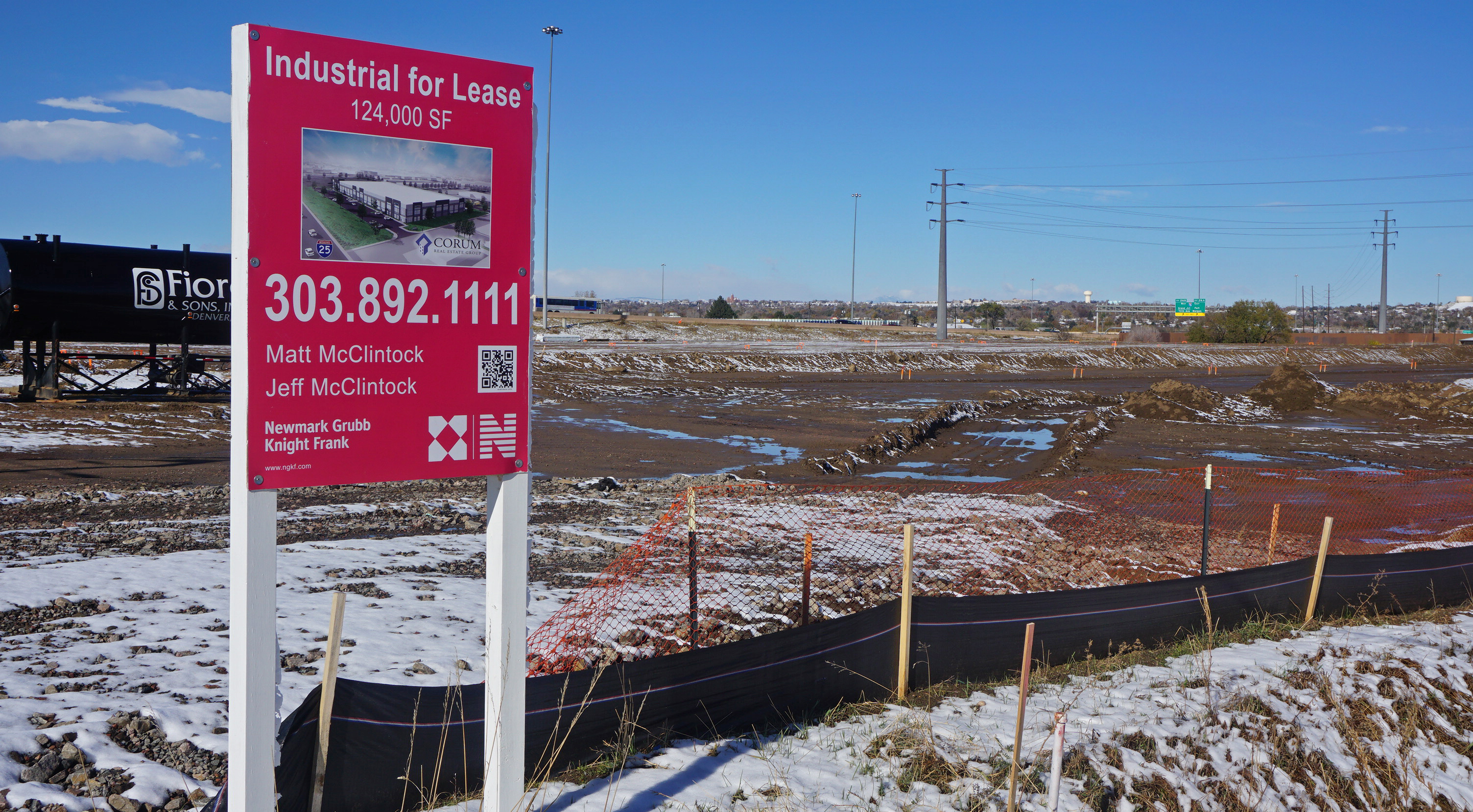 A new set of warehouses are planned for a lot near the interstate. Photo by Burl Rolett.

After years under family ownership, a lot of land along I-25 was sold for $2 million and is set to house four 30,000-square-foot warehouses.