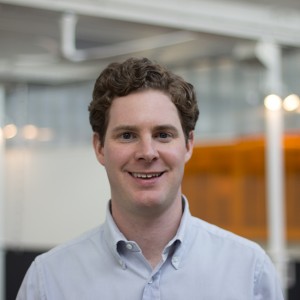 It was a match made in co-working heaven.

“We weren’t looking to sell, but we had met Purch at Galvanize and there was a great fit with our company,” Active Junky co-founder Kevin McInerney said. “We were attracted to the fact that we could use software that we built for outdoor sports and use it across all of Purch’s brands. It was about taking the technology and expanding it within Purch’s umbrella.”

Active Junky runs a website that shows deals and discount coupons with links to buy outdoor products from brands like REI, Kelty and North Face. If a user decides to buy a product using Active Junky, they receive a rebate after the purchase and Active Junky receives a commission from the vendor.

“First and foremost it was their loyalty platform,” Llewellyn said, referring to Active Junky’s rebate program. “We have a large brand portfolio serving 100 million users every month. But we don’t have any membership or loyalty programs, and we really like how Active Junky engages with its users.”

According to Llewellyn, the deal brought an additional 100,000 Active Junky subscribers under Purch’s fold.

The acquisition also served as Purch’s entry into the outdoor industry, which generated $649 billion in 2012, according to the Boulder-based Outdoor Industry Association. The company has traditionally focused on tech sector products like TVs, home security systems and software, Llewellyn said.

“The team at Active Junky understands the (outdoor) marketplace and its players very well,” Llewellyn said. “We thought we could get into it more easily through an acquisition than trying to build it on our own.”

McInerney, 32, grew up as a ski racer in Michigan before moving to Colorado in 2002 to study finance and economics at the University of Denver. After graduating in 2006, he worked a four-year stint for an investment company in Los Angeles.

He returned to Denver in 2011 to start Active Junky with co-founder Danny Effron.

“I was originally looking to start a retail shop similar to a lot of the merchants that we partner with, but I noticed that a lot of merchants were selling the same products at the same prices,” McInerney said. “There was a need for an intermediary company to help direct consumers to buy the right products from the right merchant, and we identified the problem and wanted to solve it.”

A discount shopping and rebate website for outdoor gear has joined forces with a Utah-based company, paving its way into the outdoor industry.