Clarification: A previous version of this story incorrectly reported the address and renderings of a different Adams Development project in Jefferson Park. Below is the corrected version with updated information.

A new apartment and commercial building is going up in Jefferson Park. Rendering courtesy of Adams Development.

A developer active in Jefferson Park is including some first-floor retail in its latest project.

Adams Development broke ground in September on a $7 million mixed-use development on the northwest corner of 25th Avenue and Eliot Street in Jefferson Park.

Eliot Street Center will add 7,800 square feet of retail space on the first floor, as well as 20 apartments on the second and third floors. It sits across 25th street from a coffee shop, restaurant and CrossFit gym.

Nathan Adams, owner of Adams Development and Real Estate Denver, said the residences will be great for people interested in living within walking distance of plenty of restaurants.

“That little area between Eliot and Federal is kind of the new commercial center in Jefferson Park. The corner we are developing is the last corner in need of redevelopment,” he said. “There are all kinds of great amenities that are super close.”

The apartments range from 800 to 1,200 square feet; there will be four one-bedroom units and 16 two- and three-bedroom units. Tenants will share access to a rooftop deck. Adams has not yet set rental rates.

New retail tenants will include a wine and liquor store. Adams is also in talks to fill spaces for a restaurant and one more business.

The project was designed by David Berton of Real Architecture and financed by Citywide Banks. It will sit on a property that once included a liquor store, apartments and an empty lot. The development is two blocks north of Jefferson Park and a block east of Federal.

The project adds to previously sold properties Adams Development built on Eliot, including townhomes at West 21st and West 24th avenues and duplexes at West 22nd.

“We’ve built a lot of for-sale townhome projects, but we haven’t built anything that’s a for-rent product,” Adams said. “Our expectation for retail is that we find tenants that are nice amenities for our residential tenants and for the neighborhood.” 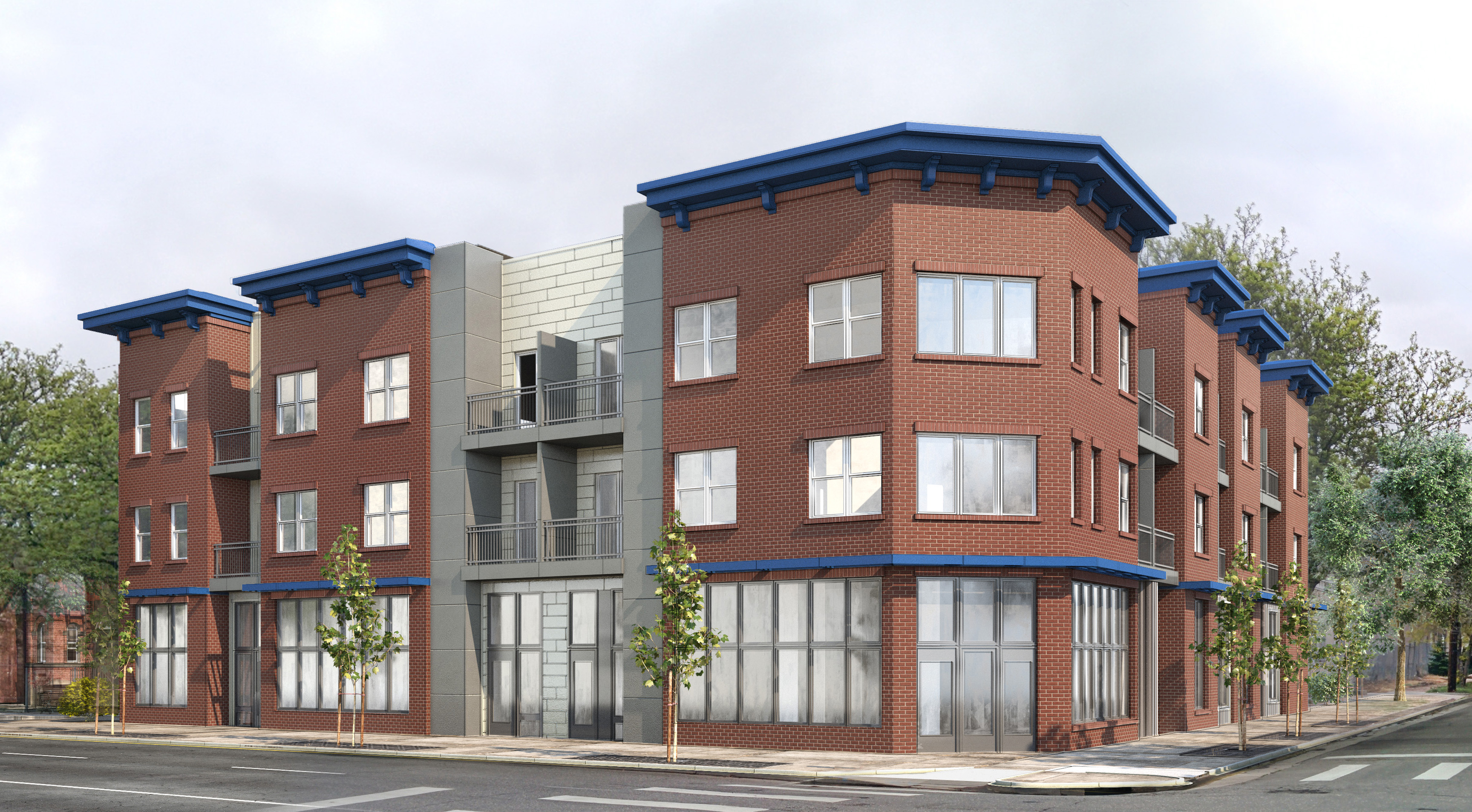 Clarification: A previous version of this story incorrectly reported the address and renderings of a different Adams Development project in Jefferson Park. Below is the corrected version with updated information.

A new apartment and commercial building is going up in Jefferson Park. Rendering courtesy of Adams Development.

I like these plans! I firmly believe this is one of the first designs I have seen in a long time to pays homage to some of the historical structures. The roof line first floor window overhands are nice, and the roof line in particular is similar to what we see on some Denver Squares and town/shop fronts from the 1920’s on commercial Broadway structures! wohoooo!