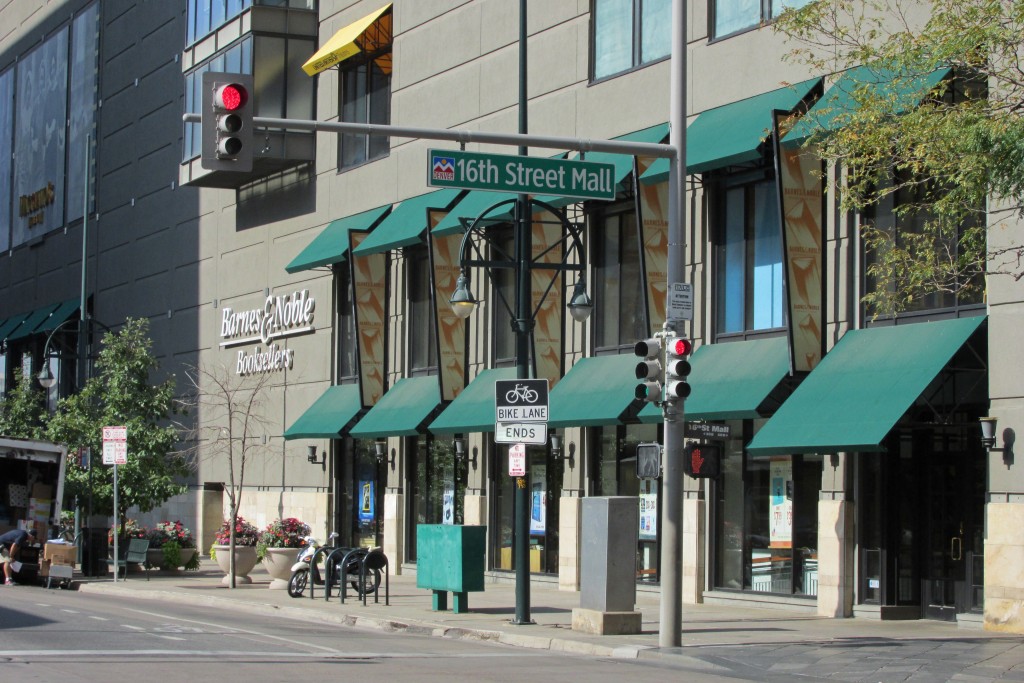 The Barnes & Noble in downtown Denver will close by the end of the year. Photo by Aaron Kremer.

Barnes & Noble will leave the Denver Pavilions shopping center at the end of this year to make way for Japanese-based fashion brand Uniqlo. It’s an anchor shuffle that landlord Gart Properties President Mark Sidell said he hopes will send sales skyrocketing in the 27,500-square-foot space.

“I think for us to see three to four times the sales volume, that’s what we’re expecting,” Sidell said. “Which means a lot more traffic and a lot more of a lift for the rest of the shopping center when we open Uniqlo.”

Barnes & Noble bookended the Denver Pavilions when the project opened in 1998, but Sidell said the store’s sales have dropped in recent years.

With the bookstore’s lease coming up, Sidell said Garth and Barnes & Noble began working on a new deal about two years ago that lowered the rent.

But the rent concession came with a trade-off: If Gart landed a new tenant for the space, it had the right to end the Barnes & Noble lease and replace the bookseller with a new tenant.

“They would like to have stayed, but their sales didn’t warrant the type of rent they were paying,” Sidell said. “We structured a deal so they were happy to stay, but it gave us the ability to recapture space for the purpose of re-tenanting it when we could find the right opportunity.”

Uniqlo, a men’s and women’s fashion brand on a U.S. growth spurt, announced its lease at Denver Pavilions in April. So far the brand only has stores in California, New York, Boston and near Philadelphia, according to its website.

Denver’s store is scheduled to open in fall 2016. It will be the first inland Uniqlo, and Sidell said it will likely be the only store near Denver for some time.

Uniqlo will be the second new anchor tenant to move into Pavilions in the last five years. In 2011, H&M opened in the former Niketown space in a deal Sidell said was very similar to the Barnes & Noble lease.

Niketown asked Gart Properties for a rent reduction in the depths of the recession, Sidell said. With a dragging real estate market, the landlord didn’t want to see an anchor space go dark.

“We were deathly afraid of losing them at the time,” he said. “We chose to keep them with a rent concession that allowed us to find another tenant. We got H&M and they performed exceptionally well and have continued to do so.”

Barnes & Noble will sell its last book at the Pavilions this December. The company is currently in the market for a new space around Denver, according to a prepared statement Barnes & Noble provided on Monday.

“We enjoyed serving our customers (at Denver Pavilions) and invite them to visit one of the other nearby Barnes & Noble locations including Glendale, Westminster and Denver West Village,” David Deason, vice president for development, said in the statement. “We are looking at other locations in the Denver area and hope to have a new store there in the future.” 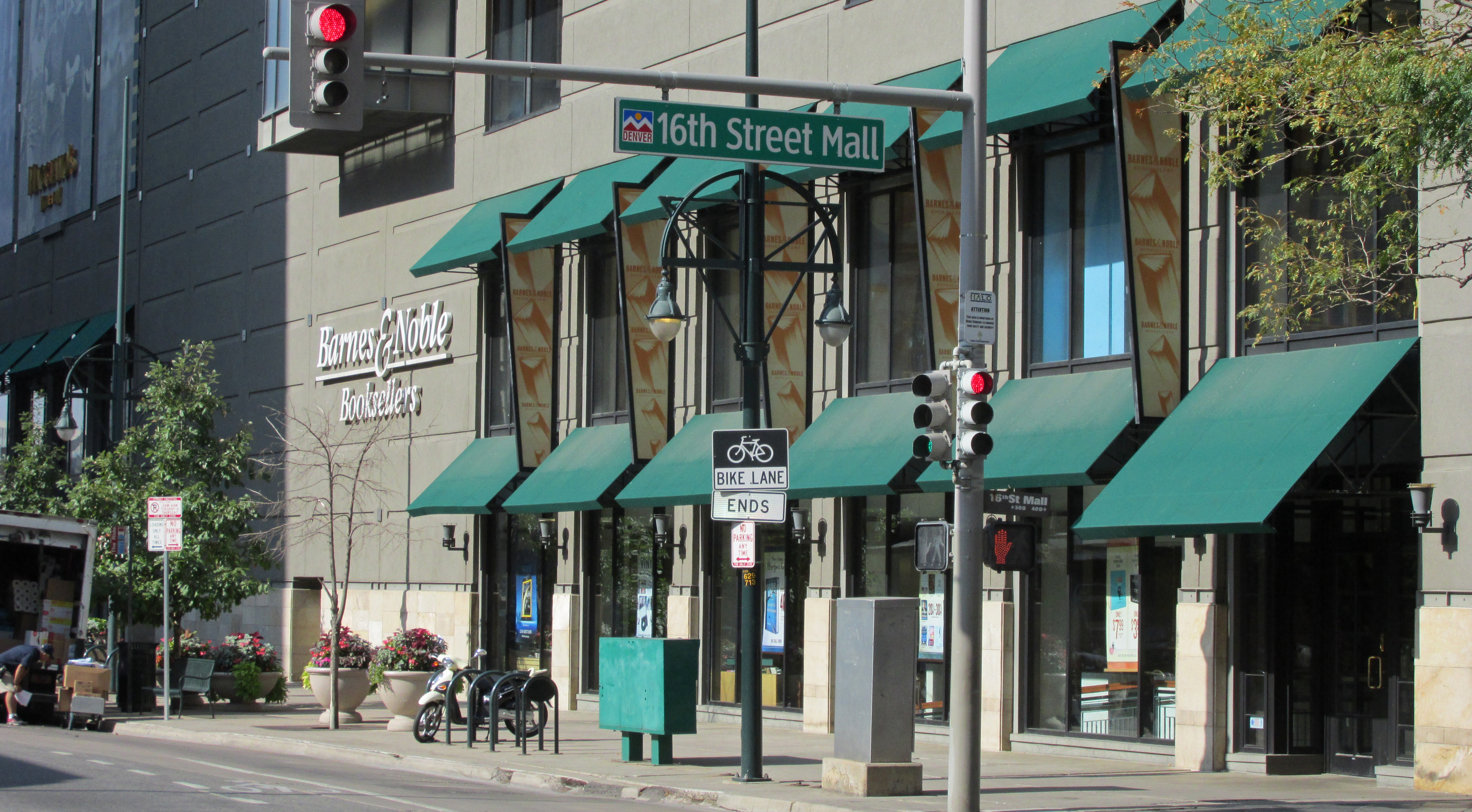 The Barnes & Noble in downtown Denver will close by the end of the year. Photo by Aaron Kremer.

The bookstore at the Pavilions shopping center will come to an end later this year to make way for a Japanese fashion brand's 27,000-square-foot Colorado debut.