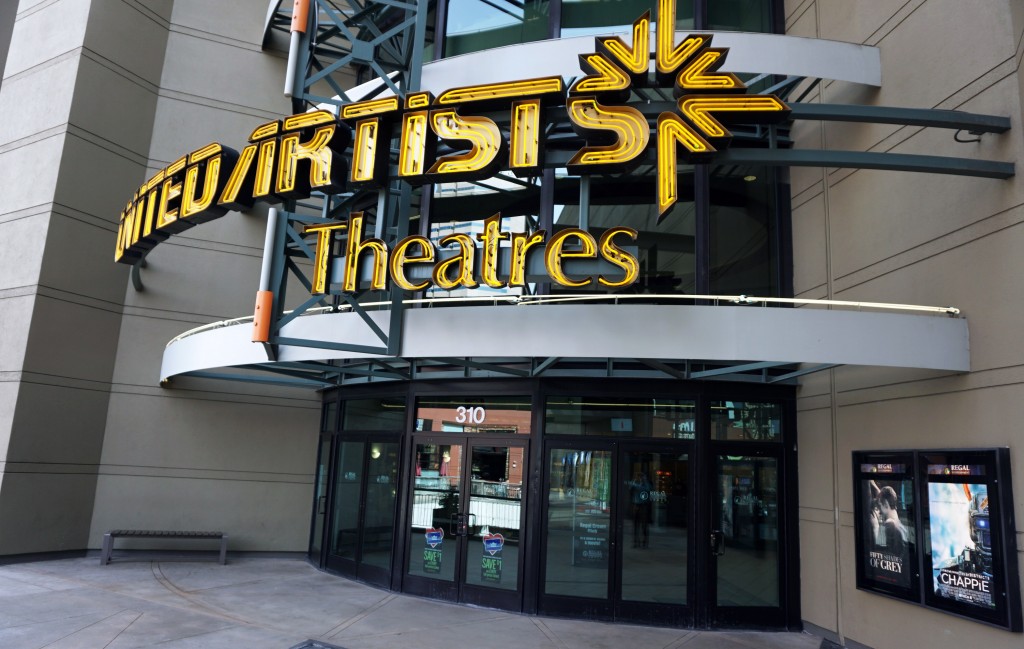 The Pavilions movie theater on the 16th Street Mall is set for renovations to all of its auditoriums. Photo by Burl Rolett.

The seats at the Pavilions movie theater on the 16th Street Mall are about to get $1.7 million comfier.

Regal Cinemas has started a major seating upgrade at its United Artists Denver Pavilions Stadium 15. The company plans to rip out standard seats in all of its theaters at Denver Pavilions and replace them with its brand of leather recliner seats in the coming months.

It’s a project Regal Cinemas is taking on in several of its theaters nationwide, marketing manager Rachel Lueras said. The Denver theater will remain open throughout the upgrade, she said.

“All of the auditoriums will be upgraded to our king-size recliners, so they are going through phases,” she said. “A couple are down for construction now, then a couple more until the project is complete.”

Construction began at the theater at the end of February, and Lueras said the upgrades should take a couple of months to complete.

She did not say how much the project would cost, but about $1.7 million worth of building permits were issued for the theater last month. Colorado Structures Inc. is the contractor listed on the project, according to the permits issued Feb. 19.

The current seats are standard non-reclining theater seats. The new seats will come complete with a push-button electric reclining system, Luerus said. Regal has already installed similar recliners at its theater in Centennial.

Prices at Pavilions will not increase after the new seats have been installed, Lueras said. Tickets at the theater currently cost $11.25 for evening adult tickets and $9.50 for matinees.

The 15-screen downtown theater opened in November 1998, and takes up about 70,000 square feet on the third and fourth floors of the Denver Pavilions shopping center.

The Pavilions movie theater on the 16th Street Mall is set for renovations to all of its auditoriums. Photo by Burl Rolett.

A Regal movie theater is bringing new meaning to 'sit back, relax and enjoy the show' with $1.7 million worth of upgrades to its seating.