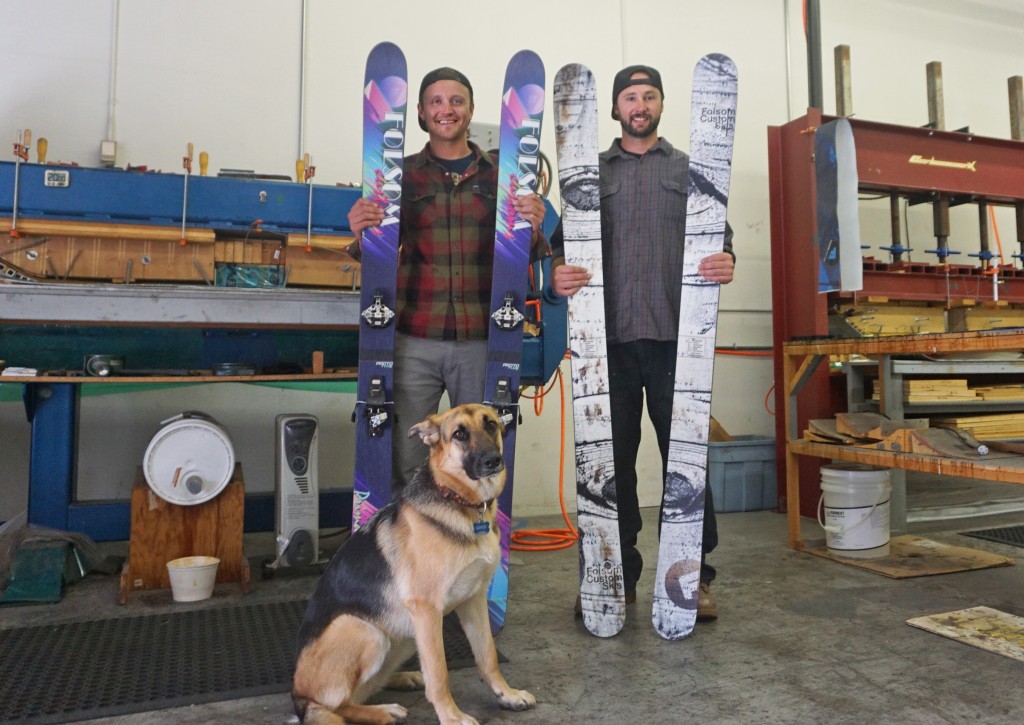 Denver Startup Week cut out of the seminar room and into the workshop of a local ski manufacturer yesterday.

Mike McCabe and Ryan Prentice, owners of Denver ski manufacturer Folsom Custom Skis, showed off their facility at 7100 Broadway, which cranks out about 350 pairs of skis every year.

Folsom focuses mostly on custom jobs. The company can make about 125 different ski shapes and camber profiles based on a customer’s preferences.

Customers either fill out a questionnaire or submit video footage of themselves on the slopes so McCabe and Prentice can get an idea of their skiing style, the company said.

McCabe and Prentice make each pair of skis by hand from bamboo, carbon fiber or fiberglass and poplar. Each pair of skis takes nine hours to produce – leading to a two-month turnaround.

The skis’ topsheet is printed with custom graphics. The company has printed everything from pictures of dogs to homages to a favorite band across the planks.

The company’s clientele mainly consists of advanced or expert male skiers between the ages of 25 and 55, Prentice said. About 40 percent of the company’s sales occur within Colorado.

Folsom makes stock models for retail, as well, sold primarily through online retailer Backcountry.com and at a few ski shops in Aspen.

McCabe founded Folsom in Boulder 2007 with former business partner Jordan Grano and launched their first run of skis in 2008. Prentice replaced Grano in 2011, and the company relocated to its current facility in 2012.