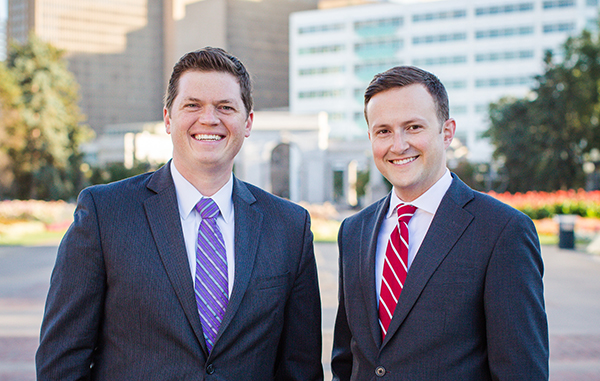 “We wanted to create a firm to serve an underrepresented population – that’s small business owners,” Werge said. “That’s our goal: to serve people who can’t afford a big law firm’s rate but want that kind of service.”

Lyda Werge will replace the Lyda Law Firm, which Lyda founded in 2014.

The new firm is targeting two niche groups of small business clients: musicians and business owners who are first-generation Americans.

“Each of those types of organizations is a small business,” Werge said. “A lot of times, bands don’t think of themselves as being a small business when they really are.”

Werge is also a musician: He sings and plays trombone in eight-piece ska band 12 Cents for Marvin. The band, which he founded as a freshman at CSU, will celebrate its 20th anniversary next year.

Lyda brings experience with first-generation small business owners to the table and pro-bono immigration work. He’s also a musician who studied music theory during his undergrad years at the University of Kansas.

“I think a lot of times when we tell people that we work with startups, they automatically think of the tech sector,” Lyda said. “We have done some work in that industry, but we work with all kinds of small businesses. Many mom and pop-type businesses are startups in all different industries.”

The firm will focus on litigating commercial disputes, like when a party has violated a contract or is the defendant in a personal injury claim.

Werge is a graduate of Georgetown University Law Center and received his undergraduate degree from CSU. He clerked for the Washington, D.C., Superior Court, and prior to working in law, spent seven years in IT and human resources.

Lyda graduated from Notre Dame Law School in 2010 and clerked at the Colorado Supreme Court. Prior to that, he worked as former governor Bill Ritter’s deputy finance director from 2005 through 2007.

“My initial plan was to do what Mark did, to start a solo practice for myself,” Werge said. “About six weeks before I left Wheeler Trigg, we got together and started talking about how we wanted to support small business clients. We realized our goals were really aligned and thought we should partner up and make it happen.”