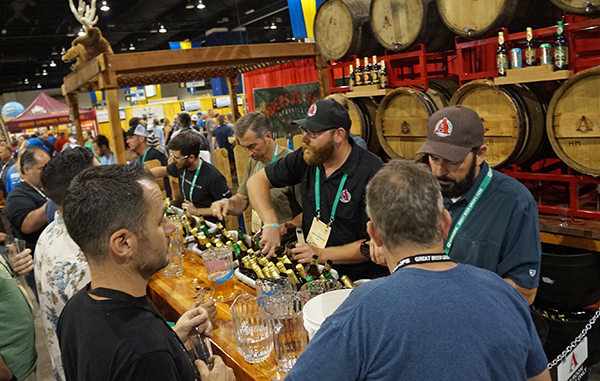 From Thursday through Saturday, the streets around the Convention Center frothed with beer fans, many wearing necklaces strung with pretzels to nibble between sips.

Longmont-based Left Hand Brewing Co. was among the winningest breweries at the festival. Its beers earned one gold medal and two bronze medals.

Another Colorado standby at this year’s festival was Boulder’s Avery Brewing Co., which added a silver medal to its collection this year.

“Our tagline used to be ‘Small brewery. Big beers,’” Marketing Manager Joe Osborne said between pours on Thursday night. “But we make big beers where alcohol isn’t the only thing you’re tasting.”

Judges snubbed one beer category entirely on Saturday – suffice it to say that if you’re looking for a winning pumpkin beverage this fall, it’s best to stick with lattes over beer.

The three-day beer love-fest brought together 750 breweries from across the United States, more than a fifth of them from Colorado.