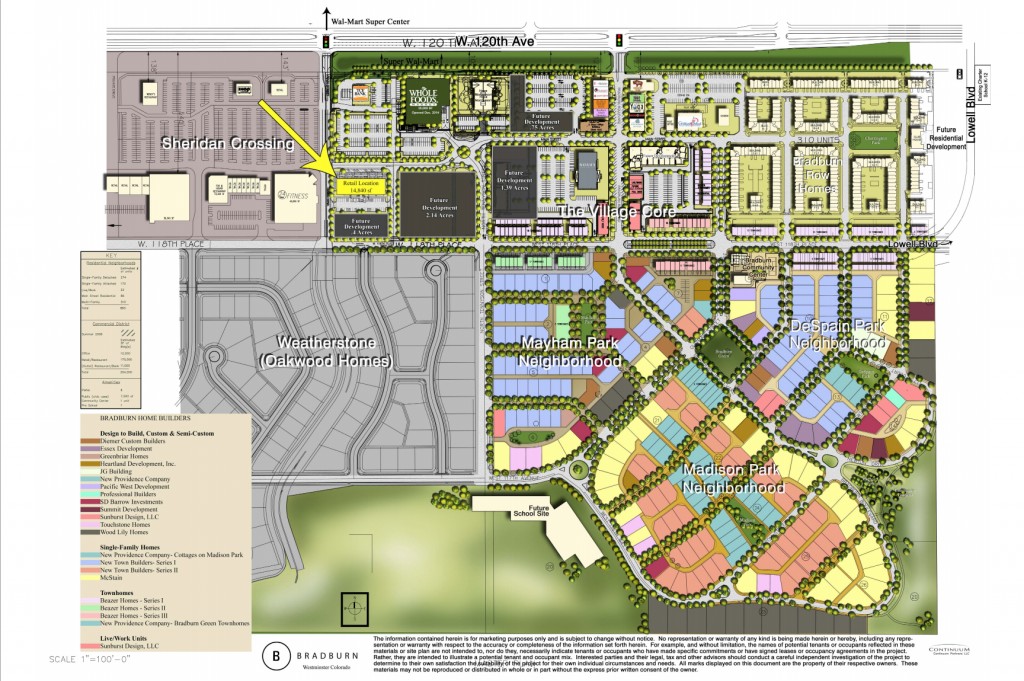 A development started 15 years ago is filling one of its last empty plots.

The one-story building broke ground in July and should open in spring 2016, the firm said, and it will cost about $5 million to build.

Over the last 15 years, Bradburn Village has grown to include single-family homes, apartments, offices and retail space on the streets branching off of 120th Avenue between Federal and Sheridan boulevards. The city of Westminster approved the 125-acre project in August 2001.

“The village core of this project really was envisioned as having commercial space running along the edge of it, along 120th Avenue,” said Roger Pecsok, who is overseeing the Bradburn Village project for Continuum. “This is really filling in that part of the project.”

Pecsok said the goal had always been to bring the kind of businesses that village residents will use regularly within walking distance.

Several tenants have already been lined up for the new building.

“A fast-casual restaurant, a spa, a place to get a haircut, a place to get pet supplies – these are all retail tenants that residents will use on a regular basis,” Pecsok said. “These aren’t the kind of tenants you go to every six months.”

Five of six spaces have already been leased in the new retail building on the southeast corner of Vrain and Main streets.

Tenants include Alabama-based fast-casual Mediterranean restaurant Zoes Kitchen and Spavia, a day spa opening its fifth location in Colorado. There will also be a veterinary clinic. One final 1,800-square-foot space is available.

The Mulhern Group has signed on as the project’s architect, and Alliance Construction Solutions is the contractor. Guaranty Bank and Trust Co. is financing construction.

The new shops will add to the retail properties lining Bradford Boulevard and Main Street, including a 25,000-square-foot Whole Foods that opened last December.

Continuum is down to just two vacant parcels in Bradburn Village, Pecsok said, which are now in the early planning stages of development.

Continuum Partners is the original developer on the Belmar mall in Lakewood and will open a six-story Hyatt House hotel there in spring 2016.

The company is also involved with the former University Hospital at Ninth and Colorado, which is being redeveloped into a mixed-use project. 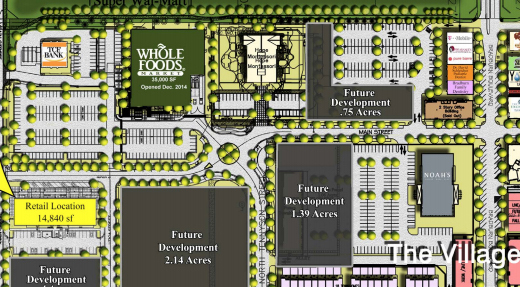 A 125-acre mixed-use development is filling in some of its remaining space with $5 million plans for a new retail building and several tenants already lined up.