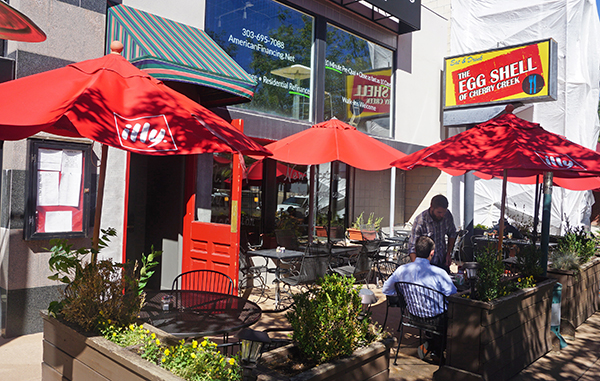 The Egg Shell will close down by the end of the month. Photos by Burl Rolett.

A Cherry Creek breakfast spot will crack its last egg later this month.

The Egg Shell at 235 Fillmore St. will close on Sept. 27, according to a sign on the building front window, with plans to reopen at a new location. The restaurant is moving out as its landlord works through plans for a new 64,000-square-foot office building. 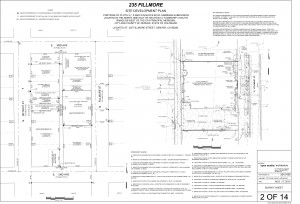 Western Development owns the Egg Shell site and has submitted plans to the city for a new seven-story office building at the 0.4-acre site. The most recent site plan, dated Aug. 17, says the building will have 55,000 square feet of office space and 9,000 feet of retail.

Western Development did not return a call seeking comment.

Egg Shell’s imminent closure was first reported by Eater Denver, which said the restaurant’s owner is looking for a new space.

The parcel is right across Fillmore Street from another planned Cherry Creek office development. Schnitzer West is working on a 100,000-square-foot development at the site of The Wizard’s Chest at 230 Fillmore St. That project is scheduled to break ground early next year.

The Egg Shell will close down by the end of the month. Photos by Burl Rolett.