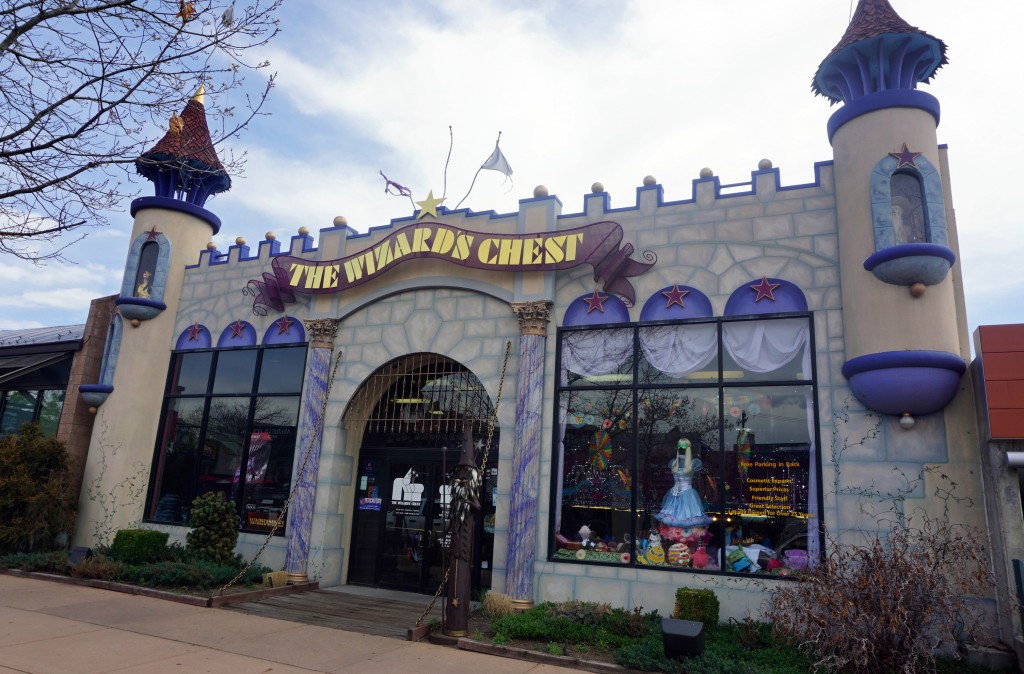 The Wizard’s Chest in Cherry Creek will be converted into office space. Photos by Burl Rolett.

The new kings of a Cherry Creek castle are making way for a regal new office building.

The project, named Civica Cherry Creek, will replace the Wizard’s Chest castle and a strip of retail shops just up the street. It will also include a multi-level underground parking garage that will be open to the public.

Schnitzer West anticipates a groundbreaking in early 2016 and hopes to complete the project by mid-2017. Company Investment Director Doug Zabel did not return phone calls seeking comment on the project on Thursday.

Schnitzer West scooped up its Fillmore Street property in two separate deals earlier this year. It paid $4.88 million for 250 Fillmore St. in January, and in April added The Wizard’s Chest at 230 Fillmore St. for $2.78 million. The company also owns Cherry Creek real estate at 242 and 246 Milwaukee St.

Civica Cherry Creek will be Schnitzer West’s first ground-up development in Cherry Creek, but the company is no stranger to the upscale Denver neighborhood. Schnitzer West owned First Avenue Plaza at 44 Cook St. for about six years before selling the complex for $75 million in 2014.

The Wizard’s Chest in Cherry Creek will be converted into office space. Photos by Burl Rolett.

The former fortress of a longtime costume shop, along with a strip of retail storefronts, is set to be converted into office and commercial space.