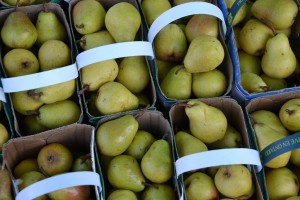 Grower’s Organic distributes food to restaurants in Colorado and several other states.

Grower’s Organic owes between $1 million and $10 million to over 100 creditors, and the company estimates its assets to be less than $50,000 according to court documents.

Founded in 2005, Grower’s Organic, which also does business under the name GO Transportation, sells organic foods grown in Colorado and California to Denver restaurants like Fuel Cafe and Pizza Fusion, according to the company’s website. Its sales territory also includes California, Kansas and Missouri.

The majority of the company’s creditors are organic farms from California, Colorado and other Midwestern states. It employs 19 people and is based out of an office at 6400 Broadway, according to its website.

Grower’s Organic’s website suggests that the company is still growing, advertising plans to open a new warehouse and expand distribution into Texas.

Lee Kutner of Denver firm Kutner Brinen Garber is representing Grower’s Organic in the bankruptcy. Kutner did not return a call seeking comment.

Grower’s Organic declined to comment on the filing when reached by phone.

Grower’s Organic distributes food to restaurants in Colorado and several other states.