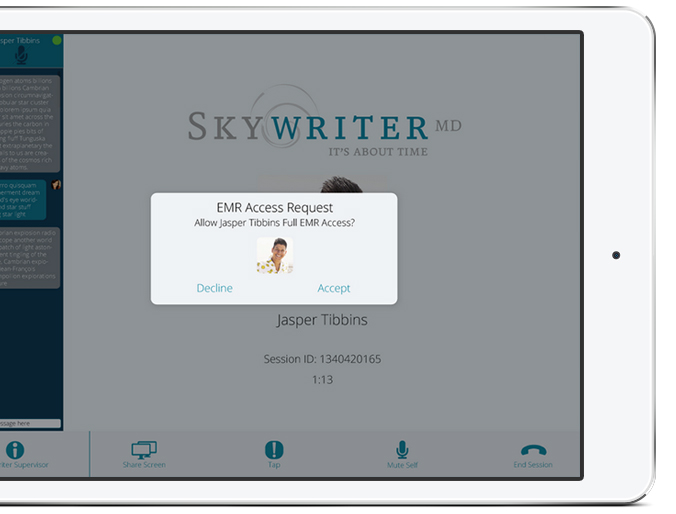 Note to self: a medical dictation software startup based in the Tech Center is trying to raise $1.5 million, according to SEC documents. It’s part of a $2 million total raise that Skywriter MD needs to help fund a new office, founder Tracy Rue said.

“We’ve raised about $1 million so far,” Rue said. “It’s to implement our go-to-market strategy, which involves adding another facility in the Broomfield area.”

Skywriter scribes will be based out of the company’s new 16,000-square-foot space in Westminster’s Westmoor Technology Park. The facility can house up to 150 employees and is set to open in December, Rue said.

Skywriter has developed voice-to-text software that a doctor uses to send a patient’s information to Skywriter scribes off-site. 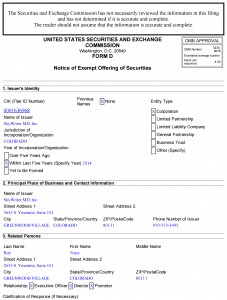 “(Doctors) can spend 30 to 50 percent of their day typing up notes on a computer – my wife is a doctor and she spends half her time typing on the computer,” Rue said. “That’s not a good way for physicians to spend time – they should be spending time with their patients.”

Traditionally, scribes take notes in the examining room with doctor and patient. Rue said. But that can lead to its own set of problems. On-site scribes can make patients uncomfortable, get in the way or gum up administrative procedures, Rue said.

So far, the company has landed Golden’s Panorama Orthopedics & Spine and a hospital group in Nevada as clients, Rue said.

Skywriter currently employs 34, of which 20 are scribes. Rue said that he plans to hire between 25 and 35 more scribes per month for the next three to five years if all goes well.

Rue, 52, came up with the idea for Skywriter last fall when talking to a physician in Broomfield’s airport. He founded the company in November and has been raising capital since.

“The first million we’ve raised has been mostly from friends and family,” he said. “But my wife and I both work in the medical field – 95 percent of our investors are physicians.”