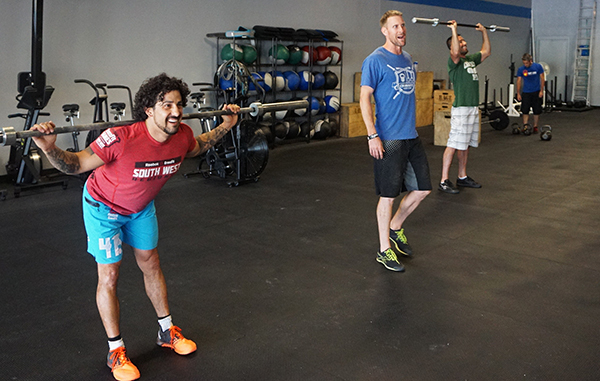 The heavy lifting is done for a CrossFit gym that moved three blocks for three times as much space.

CrossFit Wash Park opened the doors to its new facility this month at 393 S. Broadway.

“It was getting a little crammed over there and classes were starting to get busy,” said owner and founder Ethan Goetz. “We’re closing in on 150 members. That space was only 2,000 square feet and this is 6,000 square feet.”

It’s the second time that Goetz has moved CrossFit Wash Park, which he founded with his wife Kristina in 2010 as a workout group in the couple’s garage. The pair met as undergraduates at MIT. Goetz initially looked for real estate to purchase before leasing the new digs.

“We looked into buying property next to the Dogtopia, but we pulled the plug on that in a few weeks,” he said. “The buildout and city permitting process were going to take too long of a time frame.”

Goetz estimates that he spent about $30,000 outfitting the gym with new equipment, including exercise bikes, rowing machines, climbing ropes and jump boxes.

The move has already paid off for CrossFit Wash Park, which saw a 12-member spike in attendance since Aug. 1.

“We left our last space with 120 members, and hopefully with some new apartment buildings going in nearby, we’ll see more,” Goetz said. “We generally have pretty consistent growth but here so far we’ve seen a jump in that.”

Despite CrossFit’s explosion in popularity, Goetz doesn’t think it’s getting too crowded. 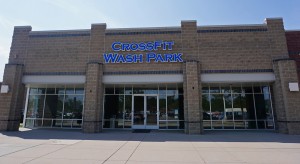 “I don’t think CrossFit gyms are competing with each other as much as we’re competing with the couch,” he said. “We have to get people over the stigma that CrossFit is dangerous and that it’s some cliquey meathead sport. It’s not.”

To combat that stigma, Goetz tries to keep member numbers and classes from growing too quickly.

“We started in our garage with a group of our friends and have always tried to maintain that level of inclusiveness,” he said.

The gym charges $145 per month with a six-month contract for three workouts per week. An unlimited membership costs $175 per month.

Goetz is the gym’s only full-time employee, but he said that he’s on the hunt for a second full-time trainer.

“That process will hopefully be resolved in the next four to six weeks,” he said. “We’re at that growth point where someone else other than me needs to be brought on.”