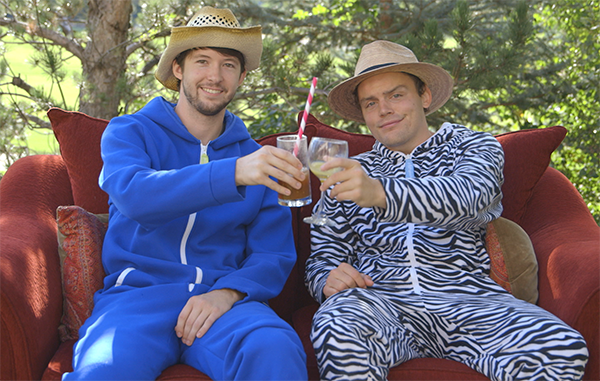 Childhood friends Andrew DeBell and Kellen McCarvel have launched a company to produce one item of apparel: an adult-sized onesie.

The pair, who both work at Crocs, said they have planned a Kickstarter campaign for Funsies Onesies in September to test consumer interest and hopefully bring in some revenue.

“We throw an annual onesie party and had friends show up in some really cheap onesies.” DeBell said. “We analyzed the onesie market and saw that there were a lot of cheap onesies and there were some high-end onesies. We wanted to fit between the two of them, but still create a casual lifestyle brand.”

DeBell and McCarvel plan to debut two styles of onesies: a cotton and polyester blend similar to sweatpants and a polar fleece model akin to a blanket. The tagless onesies will come in 13 colors varying from solid to zebra stripes. And they’ll retail for $60.

Funsies Onesies will sell for $60.

“They’re really the most comfy thing you can wear inside,” McCarvel said. “I think in cold winter months, it’s the best option for clothes. They’re the most comfortable and warmest things I’ve ever worn.”

The pair designed the garments and will contract manufacturing to a Chinese company.

It’ll cost $12,000 to pay for the first production run of onesies, the company said.

The duo will launch the 30-day Kickstarter campaign Sept. 1, and if all goes well will ship orders in November.

“We’re only going to be selling them on our website and through the Kickstarter initially,” DeBell said. “That way we avoid the middle man and make sure to get that $60 price point straight to the consumer.”

“It’s definitely skewed toward women between the ages of 18 and 35,” McCarvel said.

McCarvel said that although onesies were popular in the U.K. and Australia, the garment hasn’t yet caught on in the U.S. He said that’s a market void waiting to be exploited.

DeBell, 25, and McCarvel, 26, met as 10-year-olds while their families were living in Singapore. They attended college in California and Seattle, respectively, before moving to Denver in 2012 and finding jobs at Crocs, where DeBell works in marketing and McCarvel works in sales.

“We’ve been really close family friends for a really long time,” McCarvel said. “We feel like we both balance each other out really well because we have really different personalities.” 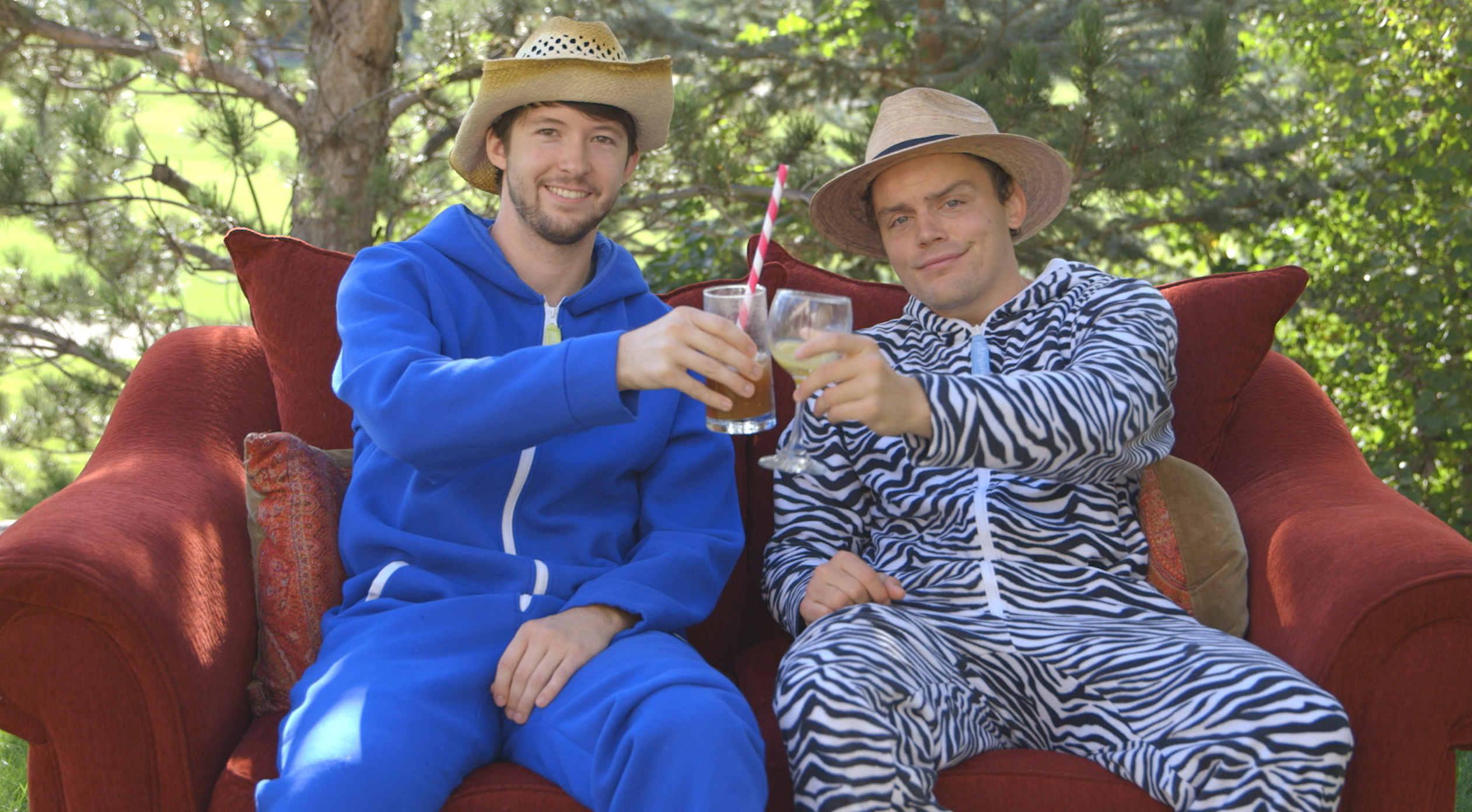 Kellen McCarvel (left) and Andrew DeBell are rolling out…