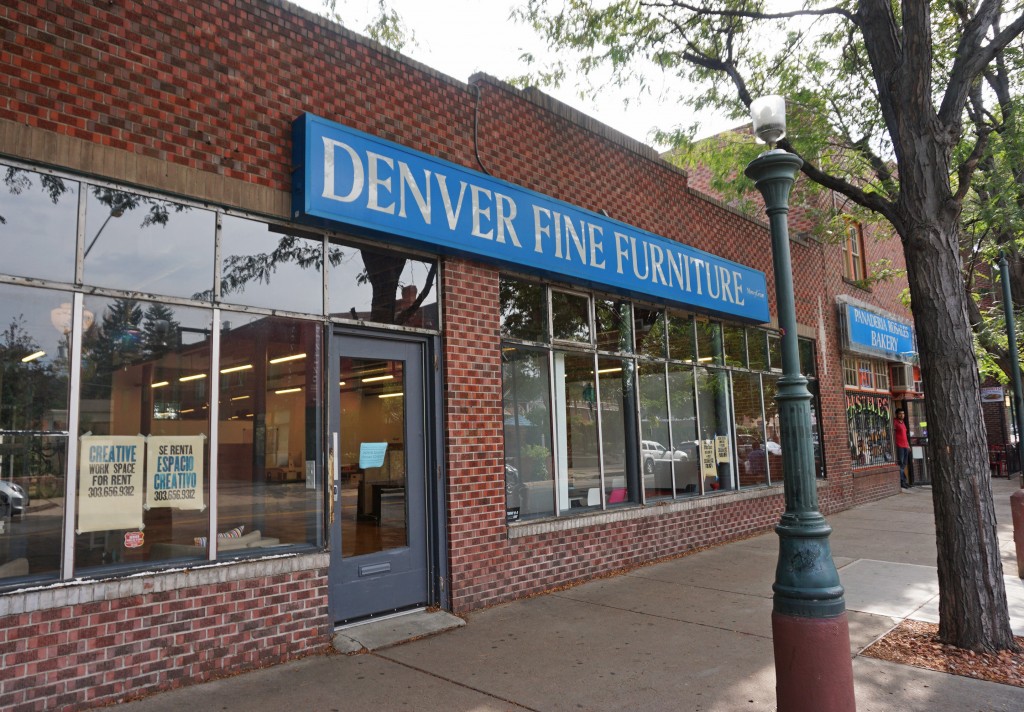 An old furniture shop has been renovated into a co-working space. Photo by George Demopoulos.

There’s a new option on the table for customers who want to co-work in the heart of the Highlands.

Husband and wife Allison Fries and Jason Wedekind opened their co-working space, Furniture, at 2626 W. 32nd Ave in July. They intend to rent space to creative tenants like graphic designers, copywriters and artists.

“It’s been on and off the market for a really long time and we always thought it would be kind of a dream space for us,” Fries said. “Jason and I live about three blocks away from there, so it’s perfect for us.”

Fries and Wedekind signed a lease on the property in January. The duo spent six months renovating the 3,300-square-foot space before opening in July. Prior to the co-working office, the building hosted a furniture store, Western Union and a Spanish music shop. But it has been dark for several years.

“We just decided to go ahead and call the owner one day – it wasn’t even on the market,” Fries said. “We asked if he was willing to part with it and sure enough, he was in the market even though there was no signage in the windows.”

Amenities at the co-working space include Wi-Fi, a conference room and a telephone room. There are no walled offices in Furniture, a design feature intended to promote collaboration among tenants.
Denver architect Matt Davis of Davis Urban and Sam Brown of Brown Construction handled the renovations.

“Right now there are five companies and eight people total,” Fries said. “My husband has been officing with these people for the last two years at a space on Tejon.”

There’s still space for another four to six tenants at Furniture, Fries said. Pricing on space varies depending on how much space a tenant needs, but generally ranges from $400 to $500 per month.
Furniture isn’t Fries’ only gig – she also works for Denver business management consulting firm RAS & Associates.

Furniture also houses Wedekind’s graphic design and printing company, Ghengis Kern, which he had previously run out of the duo’s home.

“It’s great, now I finally have my garage back,” Fries said. 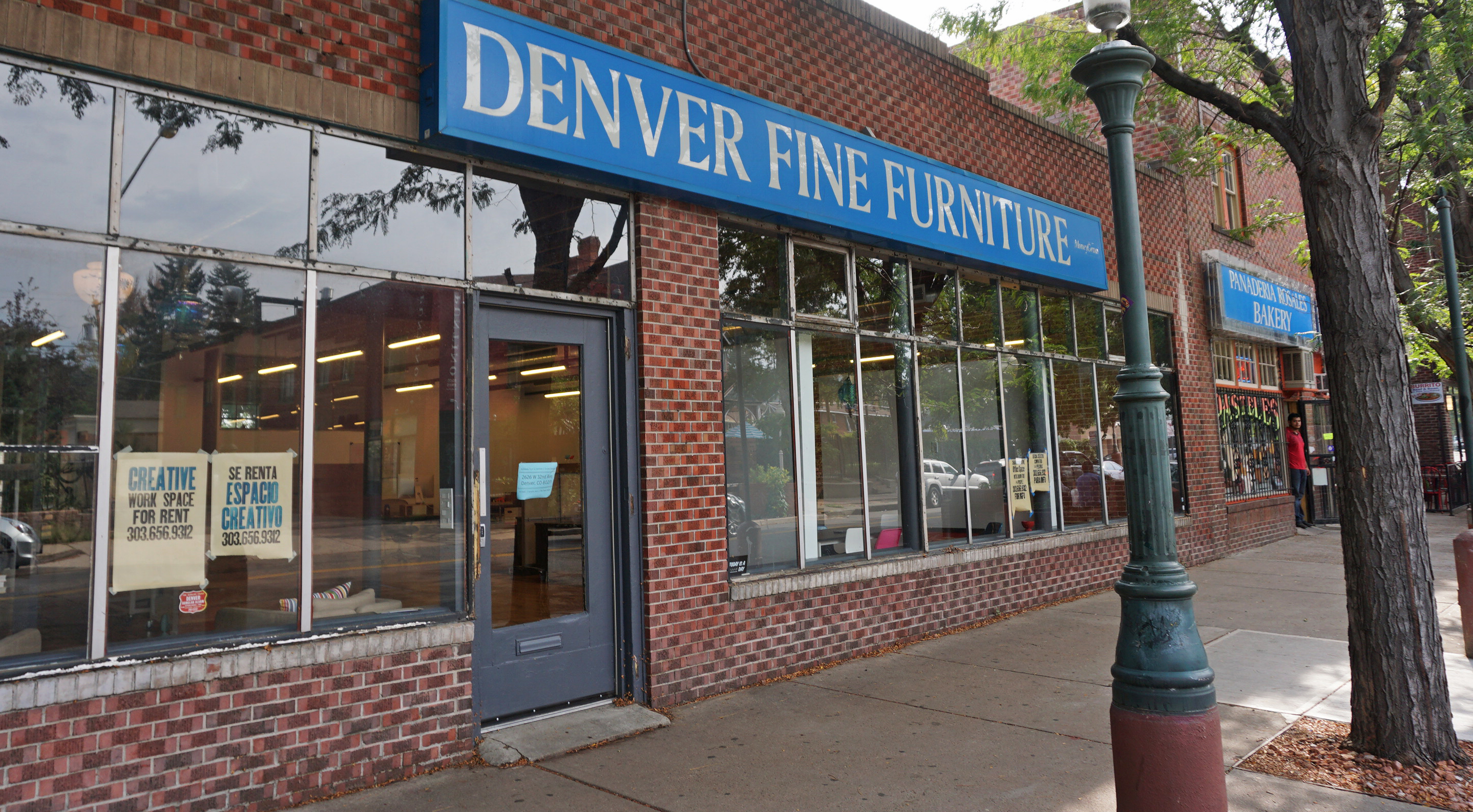 An old furniture shop has been renovated into a co-working space. Photo by George Demopoulos.

A local couple has turned an old furniture shop into a small co-working space in the heart of the Highlands aimed to encourage collaboration among its tenants.