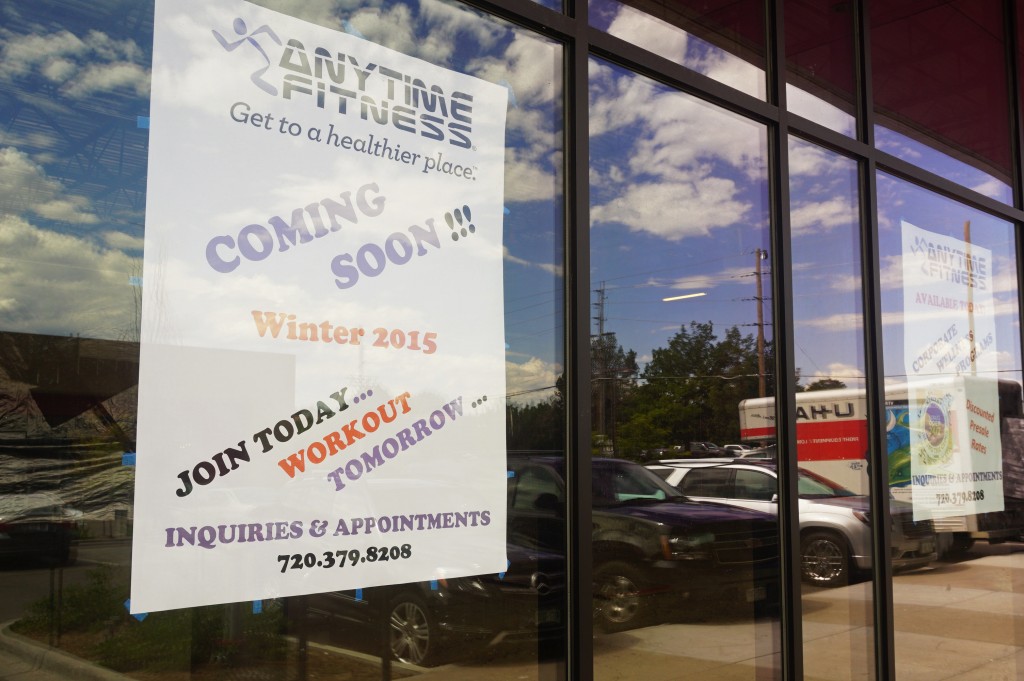 Anytime Fitness will open two new Denver gym franchises by fall with plans to bulk up in Aurora, Lakewood, Westminster, Mead and Loveland over the next year.

“Colorado is a great market for Anytime Fitness,” spokesman Mark Daly said. “So many people in Denver are healthy-lifestyle oriented. Right now there are 22 Anytime Fitness clubs within 50 miles of downtown Denver, and we expect to see even more growth in the Denver area.”

The next two planned gyms to open – one on Colorado Boulevard and another on Hampden Avenue just off of South Broadway – will make seven total Anytime Fitness locations between Greenwood Village and Littleton in the south and Arvada and Lakewood to the north and west.

Terry Alldredge owns the only Denver city Anytime Fitness in the Highlands and plans to open another gym at 1350 S. Colorado Blvd. this fall. Alldredge opened his original Highlands location in 2012.

Alldredge’s Colorado Boulevard gym covers 4,700 square feet, but he plans to build a mezzanine to bring that number to 5,000.

James Worrell is the franchisee behind a forthcoming Anytime Fitness at 155 W. Hampden Ave. in Englewood. He plans to open his gym at the end of this month. He has sold about 50 memberships to the 5,500-square-foot studio so far and expects that number to increase after summer ends.

“It’s right off Hampden Avenue – Hampden has about 60,000 cars pass by per day,” Worrell said. “It’s an in-and-out gym with showers in a thriving business community, which works great with the model. People can go there before or after work.”

Worrell, an Anytime member himself, decided to buy into the company after speaking with Steve Wright, owner of an Anytime gym in Littleton.

“I go to the Anytime Fitness around the corner from my house, and I really liked the model,” Worrell said. “I talked to Steve, who’s been my mentor, and it seems like it’s a pretty good franchise to own. He showed me the ropes, and I did the budget and went for it.”

The two new metro area gyms will be joined by gyms in Loveland, Lakewood, Westminster, Mead and two in Aurora in the next 12 months.

The eight franchisee-owned gyms will join Anytime’s network of nearly 3,000 gyms across all 50 states and 22 countries. Any of the company’s members can access any gym. All Anytime gyms are open 24 hours a day year-round.

Gyms have an average of 825 members each but only need about 600 members to be profitable, Daly said. Memberships are typically about $40 per month but vary depending on location.