The Denver co-working brand will open a new location in Austin, Texas, the company announced this week. The Southwest outpost will be the seventh Galvanize.

“Austin’s always been on the road map,” Galvanize co-founder Lawrence Mandes said. “It has always ranked in the top five cities in the country for startups and it’s a leading tech town with a lot of University of Texas graduates. It has all the elements we need.”

Galvanize leased a three-story, 25,000-square-foot space in Austin’s 2nd Street district. The space can accommodate about 250 people. Galvanize will start taking membership applications in the next few months and plans to open the facility in February 2016. 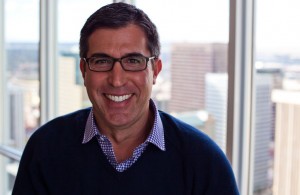 Membership rates haven’t yet been finalized, but Mandes said they will vary from Galvanize’s other locations.

The company will hire between 25 and 30 employees to run the Austin branch. The majority of staffers will work in Galvanize’s educational programs.

Galvanize has recently focused on building out its educational component, Mandes said. In Denver, the company offers workshops and education programs on topics including web development and data science.

“We’ll have similar programming in Austin as we do in Denver,” Mandes said. “We haven’t announced when courses will begin in Austin, but our team is working behind the scenes on that now. We’ll launch the campus on Feb. 1, so courses will start soon thereafter.”

Mandes founded Galvanize in 2012 with business partners Chris Onan and Jim Deters at the company’s Golden Triangle location. Since then, it has opened campuses in Boulder, Fort Collins, Seattle, San Francisco and a second location in Denver on Platte Street.

Galvanize has already pumped money into the Austin startup scene by funding Texas-based data-tracking application company Numerous with an investment from its $10.2 million Galvanize Ventures fund.

“The majority of the ventures group’s portfolio consists of companies outside of those that reside in a Galvanize campus,” Mandes said. “Only a quarter of companies actually work out of Galvanize.”

Mandes said that the company would continue to seek new locations, but could not say what markets Galvanize might try next.

“We’re continuing to grow and expand,” he said. “But for the time being, we want to promote Austin and be part of a great community down there.”

A shared office company with two locations around Denver is stretching into the Texas startup scene with plans for a seventh location to open there by February.