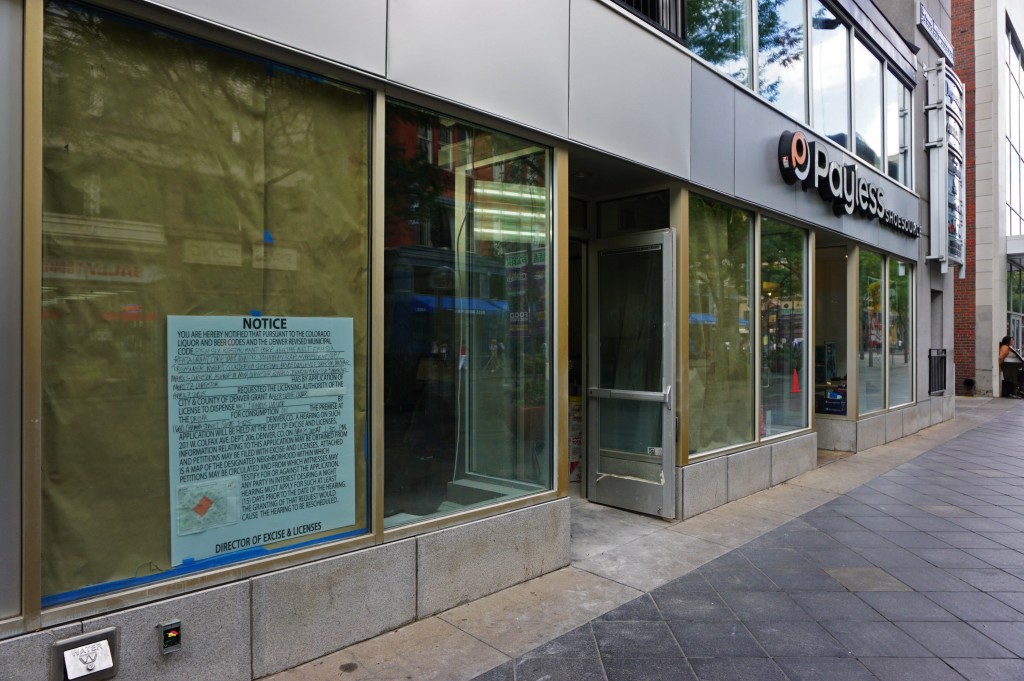 The Melt will open a Denver location at 16th and Champa. Photo by George Demopoulos.

A California burger joint is grilling patties at its first Colorado shop in Lone Tree today with four more Front Range stores planned for this year.

San Francisco-based burger and grilled cheese shop The Melt began a five-store Colorado expansion today with the opening of a restaurant in Lone Tree’s Park Meadows Mall. Stores on the 16th Street Mall and in Longmont, Littleton and Fort Collins will open later this year.

Colorado is the first market The Melt has tried outside of its home state of California, and VP of Operations Greg Hernandez said it’s because the company is betting there’s a demand for an all-natural burger shack. 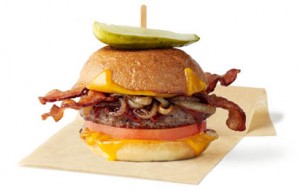 The Bacon BBQ Burger costs about $7.

“We have no artificial ingredients – no preservatives, no colorings, none of those things,” Hernandez said. “Consumers in Colorado seem to value that.”

The Melt’s first Denver store at 821 16th St. is slated for a Sept. 10 opening. The Melt currently operates 13 stores across California. The chain features $6 burgers, $5 grilled cheese sandwiches and $5 soups and salads, as well as a beer and wine menu.

The Melt has already signed leases on all five of its planned Colorado locations. The spaces are each between 2,200 square feet and 2,300 square feet. The Lone Tree Park Meadows shop, located in a food court, is the only outlier at about 1,000 square feet. The other shops will open at 1232 S. Hover St. in Longmont; Southwest Plaza at 8501 W. Bowles Ave. in Littleton; and in the Foothills Mall in Fort Collins.

The Melt is also negotiating leases on more locations across the state and “assessing growth opportunities as they come,” Hernandez said. Legend Retail Group’s Kyle Underwood is the company’s real estate broker for Colorado.

Former Flip Camera CEO Jon Kaplan founded The Melt in 2010 after selling Flip to Cisco in 2009 for $590 million. The chain has also considered Illinois, Texas, Washington and New York as potential expansion territories. 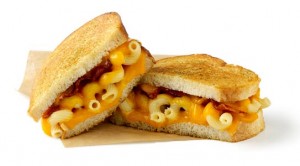 The Mac Daddy grilled cheese comes with macaroni, bacon and cheddar and costs about $6.

Hernandez said The Melt hasn’t ruled out moving into these markets, but he said the company is focusing on building up its Colorado base for the time being.

Each location will employ between 20 and 25 people and is corporately owned and operated. The Melt will explore franchising opportunities in the future, Hernandez said, and plans to add catering at Colorado stores in 2016. Catering services make up between 10 and 20 percent of the company’s revenue at its San Francisco area stores.

The Melt is pushing into a Denver market already packed with fast-casual concepts, but Hernandez is confident the eatery will be able to make it.

“I think we have a unique menu offering with a mix of burgers, grilled cheese, salads and soups,” he said. “I think that’s a competitive edge for us. Then if you look at the price points and the quality of what you get, what you pay is really good.”

The Melt will open a Denver location at 16th and Champa. Photo by George Demopoulos.