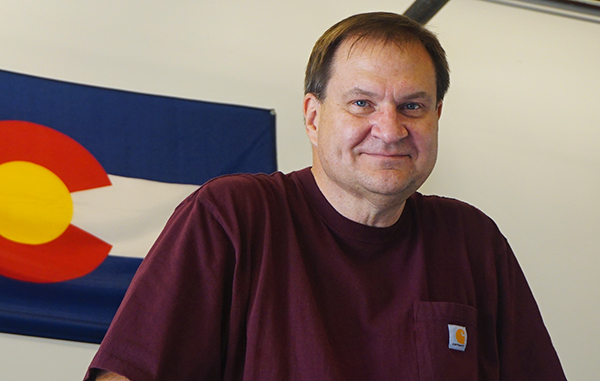 Mike Plungis turned to making gluten-free beer when his wife and son were diagnosed with Celiac disease. Photos by Burl Rolett.

Lakewood’s getting a new brewery – but hold the barley.

Mike Plungis plans to launch Great Frontier Brewing Co. next week with a focus on gluten-free beer. He’s hoping to ride a wave of popularity for craft beer and for gluten-free products.

“I think it’s almost a perfect storm,” Plungis said. “There’s not much competition in the gluten-free business, and I think if you come up with a good gluten-free beer, you’ll have a big leg up.”

Plungis, by day CFO at Catamount Constructors, started home brewing about a decade ago after receiving a beer making kit for Father’s Day. The gluten-free bit, he said, was born out of necessity four years later when his wife and oldest son were diagnosed with Celiac disease.

“They all urged me to do a gluten-free beer, because all of a sudden they couldn’t have beer,” Plungis said. 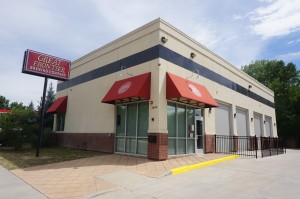 Great Frontier is located at 2010 S. Oak St. in Lakewood.

It’s a little more expensive to make a gluten-free beer, Plungis said. The process involves getting rid of any wheat, rye and barley and replacing it with mostly sorghum and honey. Hops are naturally gluten-free.

By 2011, Plungis had a recipe for a gluten-free blonde beer that hit the spot. He gave a batch to friend Tim Myers, who had recently launched his Strange Craft Beer Co. in Lincoln Park.

“I was on the way home when he called and said, ‘We gotta brew this, dude,’” Plungis said.

They produced the recipe – a gluten-free lemon pale – under the Strange Brewing Co. name, and it won a gold medal for the best gluten-free beer at that year’s Great American Beer Festival.

With some hardware to show for his efforts, Plungis went to work drawing up a business plan and pitching to investors in 2012. Plungis, who lives in Littleton, settled on the Lakewood location because at the time there were not many craft breweries in the southwest area of the metro region. 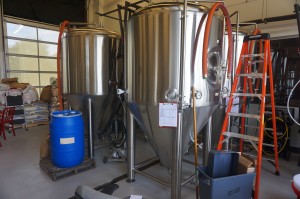 Great Frontier is starting off with 15 barrels.

The gluten-free industry has boomed in recent years. A recent New York Times report estimated total sales of gluten-free products topped $10 billion in 2013 and the industry is on track to hit more than $15 billion by 2016. But there are very few gluten-free beers on the market, Plungis said.

New Planet Beer in Boulder brews without gluten, and Plungis ticked off a few other craft beer makers that have a gluten-free offering or two. He said he hopes the gluten-free niche will help Great Frontier find a following in the already crowded fight for taps and freezer space.

“There are a lot of great brewers making incredible beers,” he said. “But it can be hard for some of the new, smaller breweries to compete with Odell, New Belgium, Avery, Left Hand and the more regional craft beers for shelf space.”

Only about 1 in 100 people have Celiac disease, according to the Celiac Disease Foundation, but many are sensitive to gluten or choose to avoid it for other health reasons. Plungis said that market alone probably is not big enough to support a business, but he’s betting that family and friends of gluten-free beer drinkers will come for the standard beers, as well.

For the first six months, Plungis said, Great Frontier will establish its taproom business and only sell at its own bar. After that, Plungis said he’ll look to start selling kegs to other bars and restaurants in the area.

Plungis plans on employing about 10 part-time workers at the brewery. He and his oldest son will handle the brewing. For now, Plungis said, his 15-barrel system will pump out plenty of beer for the company’s first years. 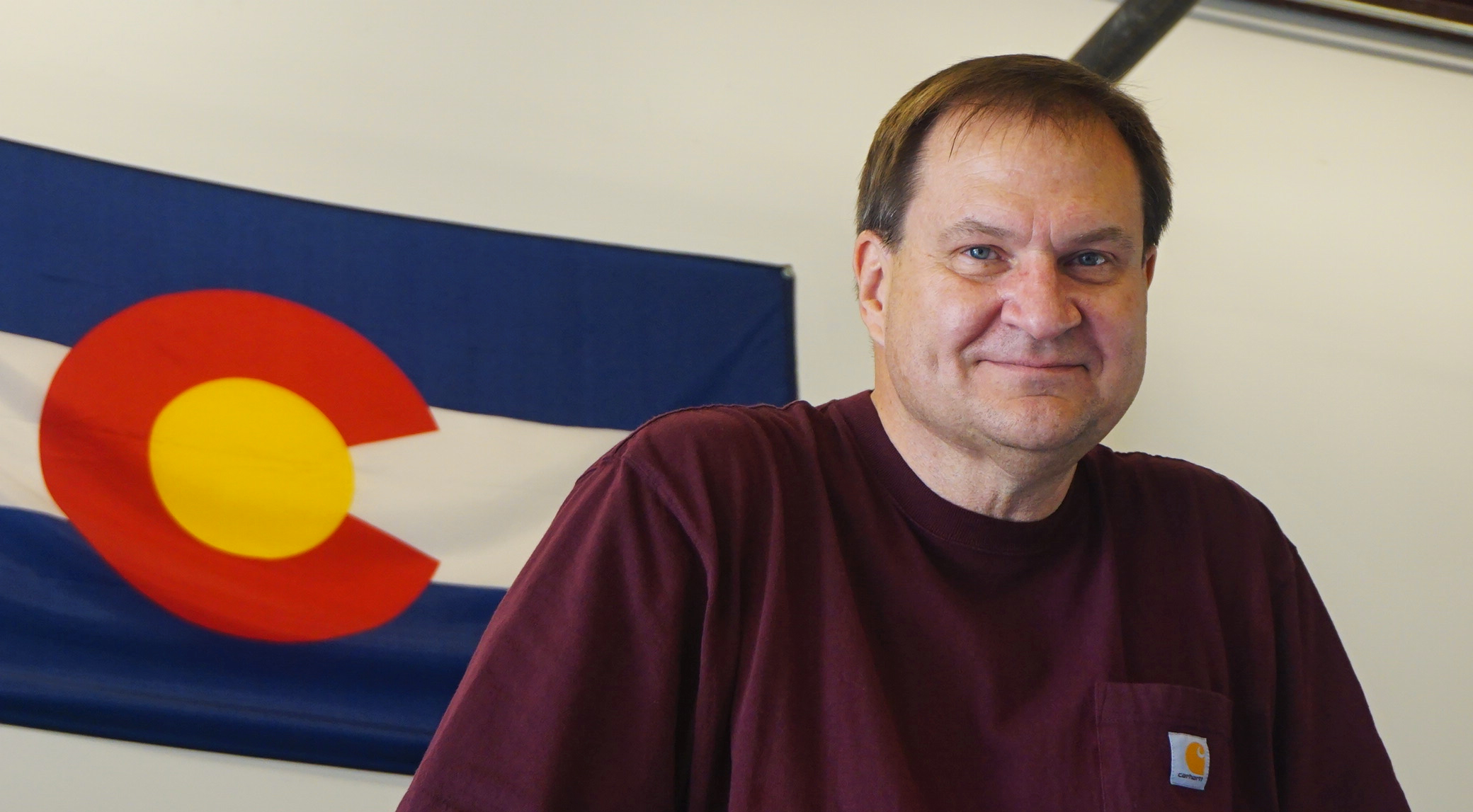 Mike Plungis turned to making gluten-free beer when his wife and son were diagnosed with Celiac disease. Photos by Burl Rolett.

i want to try it

Hope it will be more readily available than PEAK. If New Grist can make it into 35 states, why aren’t other gluten free beers? Can celiac have more CHOICES????

I’ve had the pleasure of tasting some of these GF beers and they are great.

My co-workers and I can’t wait to go. I’ve tried the Pale Ale at the GABF and couldn’t believe it was gluten free. Can’t wait for the opening!