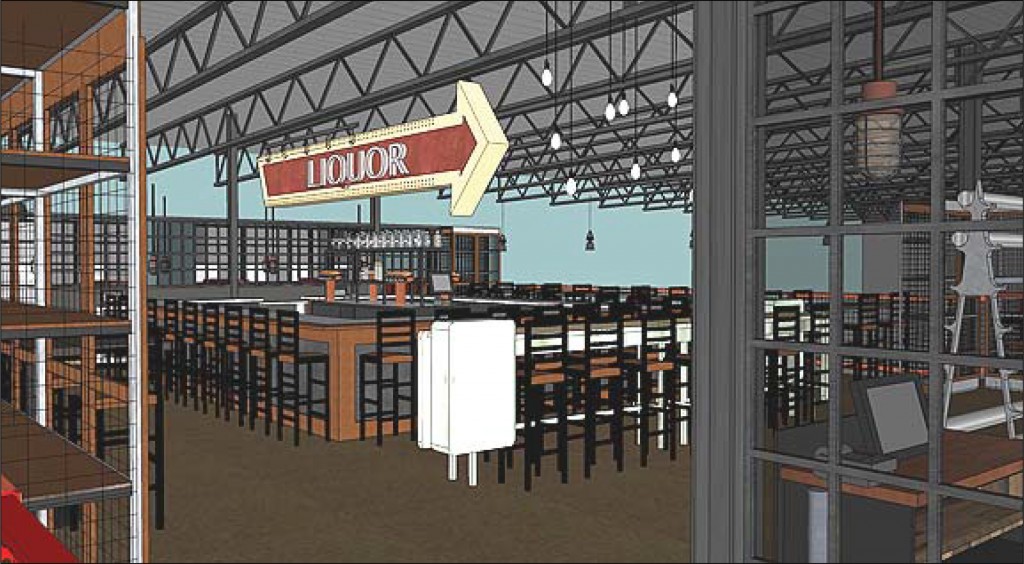 The owner of Rackhouse is setting up in a new location. Renderings courtesy of Chris Rippe.

After more than a year of searching for a new home, the Rackhouse restaurant and pub will finally reopen its doors this fall in RiNo.

“The process didn’t go as smoothly as we anticipated,” owner Chris Rippe said. “We thought we’d be opened in April, but that didn’t turn out to be the case. But since we’ve started construction, everything’s gone according to plan.”

The restaurant will also function as a taproom for its neighbors – Bierstadt Lagerhaus and C Squared Ciders.

Rippe and the owners of Bierstadt and C Squared secured a $2.5 million SBA loan to pay for construction on the combined brewery and restaurant. 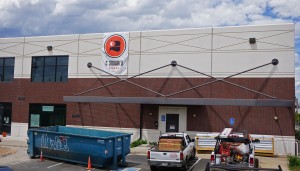 Rackhouse will collaborate with its neighbors C Squared Ciders and Bierstadt Lagerhaus. Photo by George Demopoulos.

“The most difficult part of raising money for a small business isn’t coming up with finding investors, it’s collateralizing the loan,” Rippe said. “We had to call in a lot of favors.”

Rippe planned on moving Rackhouse across the street from Stranahan’s, but environmental testing on the property came back inconclusive. A second more expensive test was required, and Rippe decided not to continue with the process.

“It turns out someone else tested the property and it came back completely clean,” Rippe said. “Hindsight is 20/20.”

Finding the new location for Rackhouse won’t be Rippe’s only hurdle. He still needs to hire about 30 staff members, including chefs, in time for the opening.

“Finding the right people – the right team of cooks and managers and servers to operate at a high level – that’s the biggest challenge,” he said. “When we closed the Rackhouse, we had a team that was great. I had people who had worked with me for years. Putting tables in a space is pretty easy in comparison to that.”

The new Rackhouse will debut an updated menu featuring ingredients used in its neighbors’ brewing and fermenting processes.

But it’ll keep the old favorites.

“Everyone keeps asking if we’ll still have mac and cheese,” Rippe said. “We’ll definitely still have it.”

The owner of Rackhouse is setting up in a new location. Renderings courtesy of Chris Rippe.