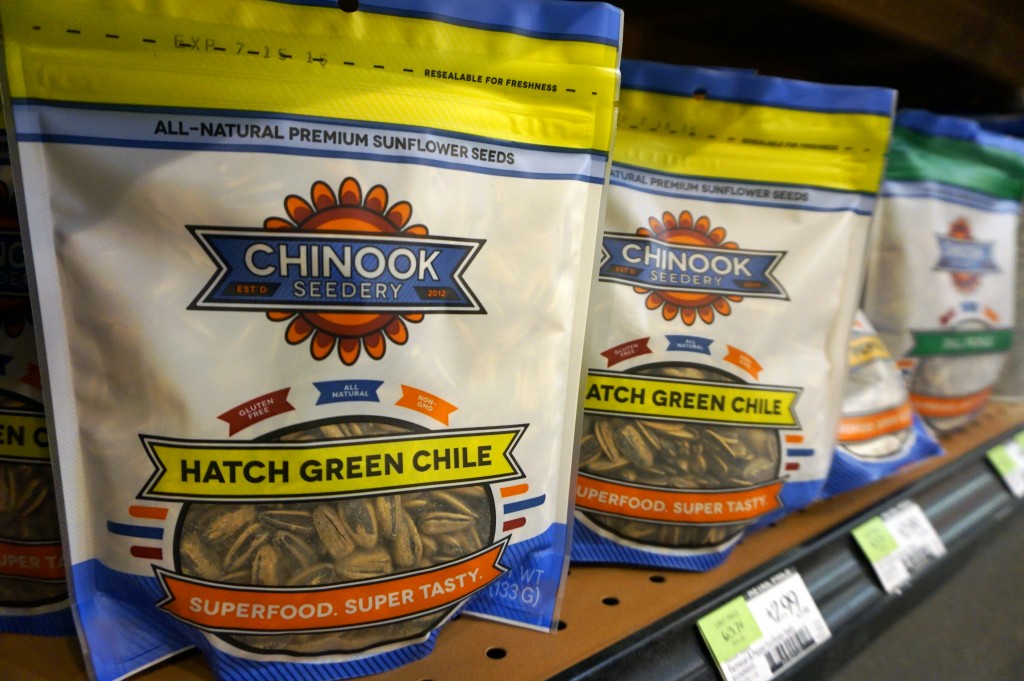 Chinook Seedery is popping up in more stores across the country. Photos by Burl Rolett.

With summer in full swing, a sunflower seed startup is hitting the road.

Denver-based Chinook Seedery is in the middle of a growth spurt that will put its seeds in 250 stores in more than 15 states by season’s end. Already in Whole Foods shops around the West, the company’s next pitch is to grocery chain Sprouts.

“We’re going after the premium, natural grocery channel,” company co-founder Mark Pettyjohn said. “And those are the two biggest players.”

The company first cracked the market in 2014, struck a deal with Whole Foods and was in 50 of its stores by February. Now, Chinook seeds are in stock at every Whole Foods location in the western United States, about 20 Natural Grocers stores and a slew of Lucky’s Market locations. Chinook will have scaled up from about 50 stores at the beginning of the year to more than 250 by the end of summer.

Pettyjohn, 34, and Jana Berglund, 28, said they are meeting with Sprouts in the next few weeks and will also submit an application to put their product in every Whole Foods store across the country. 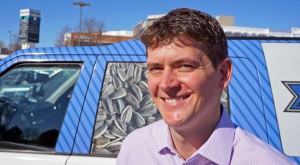 The company rang up $150,000 in sales in 2014. In February, Pettyjohn said he was shooting for $1 million this year. He declined to say how close Chinook is to hitting that goal but said striking a deal with Sprouts would put it well on track.

Pettyjohn and the Berglunds, all Kent Denver grads, began working on Chinook about three years ago to try and fill what they thought was a gap in the market for a healthier, all-natural sunflower seed.

Pettyjohn bought a 50-pound bag of sunflower seeds and started experimenting in his kitchen, cooking up different batches to taste test with friends. The flavor lineup so far includes original, parmesan and pepper, hatch green chile and dill pickle.

The company is working on four new products, Jana Berglund said, which they hope to debut at the Natural Products Expo West next March.

Chinook’s seeds come from farms in what Pettyjohn called the “sunflower seed belt,” stretching from the Dakotas and Minnesota down through Colorado and Kansas and as far south as Texas. A Colorado-based company that also owns a portion of Chinook Seedery roasts the sunflower seeds.

The seeds wholesale for a little less than $2 and retail between about $2.50 and $3 a bag.

Hoping to land Chinook’s seeds in new dugouts along the West Coast, the company’s founders have been on a bit of a marketing blitz. Pettyjohn and Berglund are fresh off of a month-long West Coast swing promoting Chinook in California, Arizona and New Mexico.

Berglund said pushing into Sprouts could expand Chinook’s reach to buyers who perhaps are not shopping strictly for organic and all-natural products at a Natural Grocers or a Whole Foods. But neither Berglund nor Pettyjohn see their product sharing shelf space with industry heavy hitters like David or Frito-Lay.

“Typically, sunflower seeds are seen as something you would buy at convenience stores,” Pettyjohn said. “We’d prefer to grow geographically in the natural food chain than try to go into gas stations or 7-Elevens.”

Chinook Seedery is popping up in more stores across the country. Photos by Burl Rolett.

With plans to soon pitch its product to grocery chain Sprouts, a sunflower seed business is quickly growing and will be on store shelves in 15 states by the end of the summer.