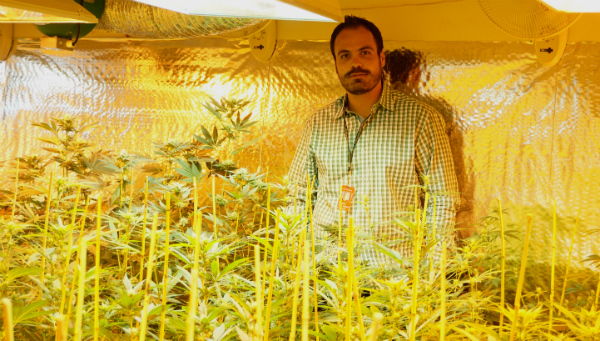 It’s almost moving day for a Denver marijuana grower who is about to more than triple the size of his operation.

Premium Pete’s owner Luke Ramirez expects to sign a lease in the next two weeks to move his recreational cannabis grow from its 3,000-square-foot warehouse near Stapleton to an 11,000-square-foot location along the I-70 corridor.

“We’re going to be increasing production by 800 percent,” Ramirez said. “We’ll be producing just under 240 pounds per month once we reach full capacity. Right now, we’re a little bit over 20 pounds per month.”

The project won’t sprout up overnight. Once the lease is signed, Ramirez will begin a nine-month, $3 million construction project to maximize the warehouse’s efficiency.

“A company called Pharm Pods builds trailers that are built to grow marijuana,” Ramirez said. “They’re 40 feet long by 8.5 feet wide. We’re going to install 50 of those at our new warehouse and we’re going to stack them on top of each other.”

Ramirez said he’s funding the expansion through a combination of cash flow and loans from private investors. Finding investors is tricky for cannabis entrepreneurs, Ramirez said, because equity can be sold only to investors who live in Colorado, and loans to cannabis companies are generally unsecured. 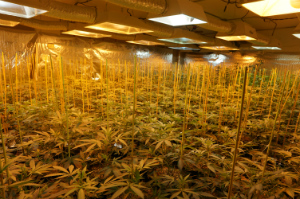 Premium Pete’s differs from Denver’s other cannabis growers because it sticks to growing top-quality flower instead of lower-grade marijuana for use in concentrates such as cannabis oil or edibles, Ramirez said.

“We focus on selling flower as flower with the intent to be sold to the actual consumers,” Ramirez said.

While the average market price for a pound of marijuana flower is between $1,800 and $1,900, Premium Pete’s sells for $2,300, Ramirez said. After costs and licensing fees, each pound nets Premium Pete’s about $400 in profit, he said.

To maintain that level of quality, Premium Pete’s makes its own soil. The recipe is kept secret, but includes ingredients like bat guano, oyster shells and bone meal.

Ramirez, 26, got his start in the business at age 15 when he illegally sold the plan in high school.

“I knew that this was an opportunity that would never come around with someone of my financial capabilities ever again,” he said.

“My goal is to be in 15 states in 15 years,” he said. “A good role model for my company is new Belgium. They produce a premium product and have a nationwide presence.”

It’s almost moving day for a Denver marijuana grower who is about to quadruple the size of his operation in a quest to become a bigger player in the wholesale business.