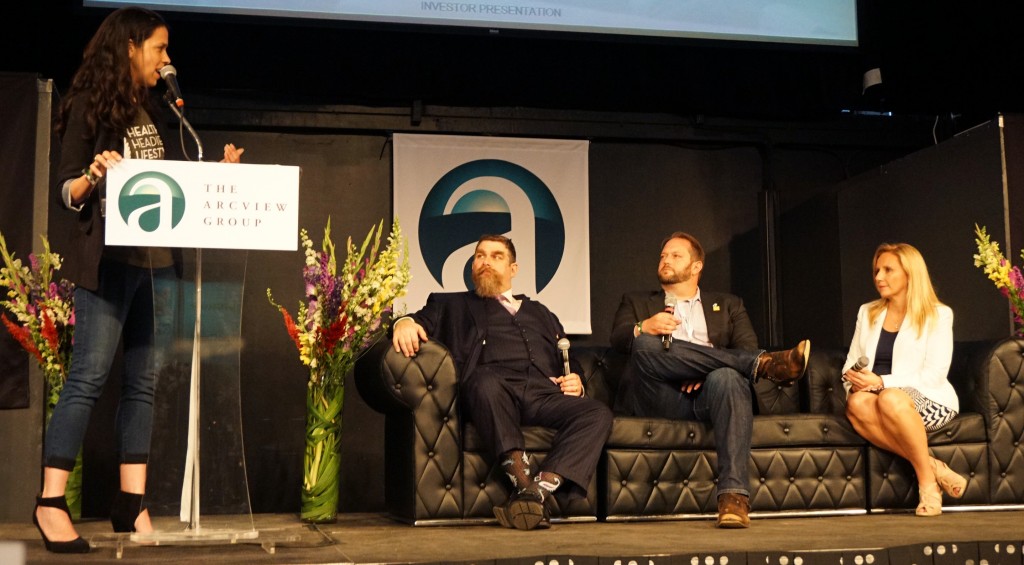 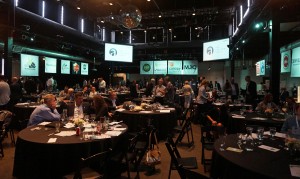 Attendants used a smart phone app to vote on each pitch.

Pitches occurred to panels of three judges in segments called the “Arc Tank,” and were judged by the crowd’s votes on a mobile phone app.

Founded in 2011, the Arcview Investor Network is a group of 480 venture capitalists that deals solely with the cannabis industry. The group has invested $45 million in 72 companies since its inception. And that number is likely to grow, according to Arcview CEO Troy Dayton.

“It’s a whole new ball game,” Dayton said. “The amount of investments has increased three times over the last 12 months.”

Pitches included Leaf, a company that designed a self-growing cannabis station; Glasshous, an online store for smoking devices, and PotGuide, an app for searching dispensaries.