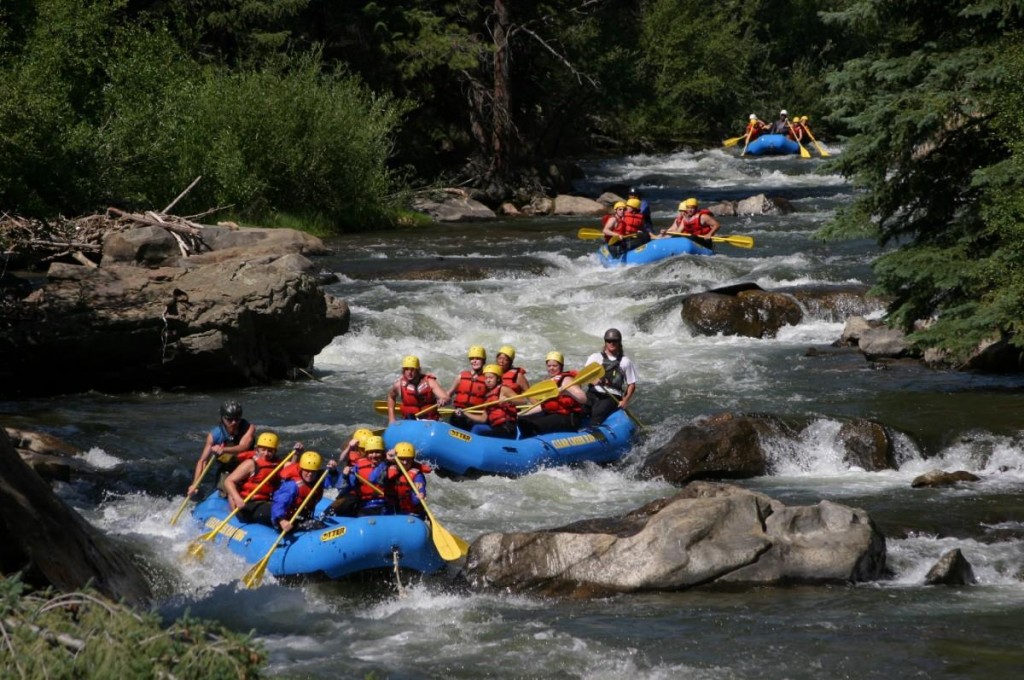 Skiers aren’t the only ones stoked about this spring’s snow showers.

“Sometimes in dry years, the season ends early,” he said. “This year, we might see people going through Labor Day. What will happen is that outfitters will do well financially.”

In 2014, an unusually high snowpack – 10 inches above average in some areas – led to 504,400 commercial rafter visits. That was up 8 percent over the year before.

This year, the snowpack is smaller, rising above average only after May’s run of storms. But Costlow estimates that outfitters will still see a 3 percent increase in commercial rafter visits statewide thanks to May’s weather.

“This year, March was warm and sunny. All of a sudden, late spring came around with all that rain and snow,” Costlow said. “Some areas went from 58 percent snowpack to above average. The snow also didn’t melt much. Then there was the extended wet cycle where it rained half a day every day. This year, because the ground was so wet, the water didn’t go into the ground. It came into the riverbed, so the river started peaking.”

Colorado has more than 10 rivers serviced by guide companies, and seeing them reach above-average water levels multiple years in a row is uncommon, Costlow said.

“In our industry, we don’t see high water every year, but we see it every few years,” he said. “We’ve seen it last year and this year.”

But this year’s surging rivers come with a risk: three tubers were killed and a fourth went missing across the state last weekend.

Costlow said the men who died were rafting on inner tubes without a commercial outfitter. While inner tubes have only a single air-filled chamber, commercial rafts can have six or more – that makes them safer on the river, he said.

Costlow urged river rats to exercise caution should they go tubing in the next few weeks.

“Be cautious when you’re on the river because the water’s cold and it’s swift,” he said. “Even if you’re a good swimmer, it’s hard to swim against that current.”

May's weather left the Denver area's rivers at high levels, signaling an extended season ahead for the rafting business.