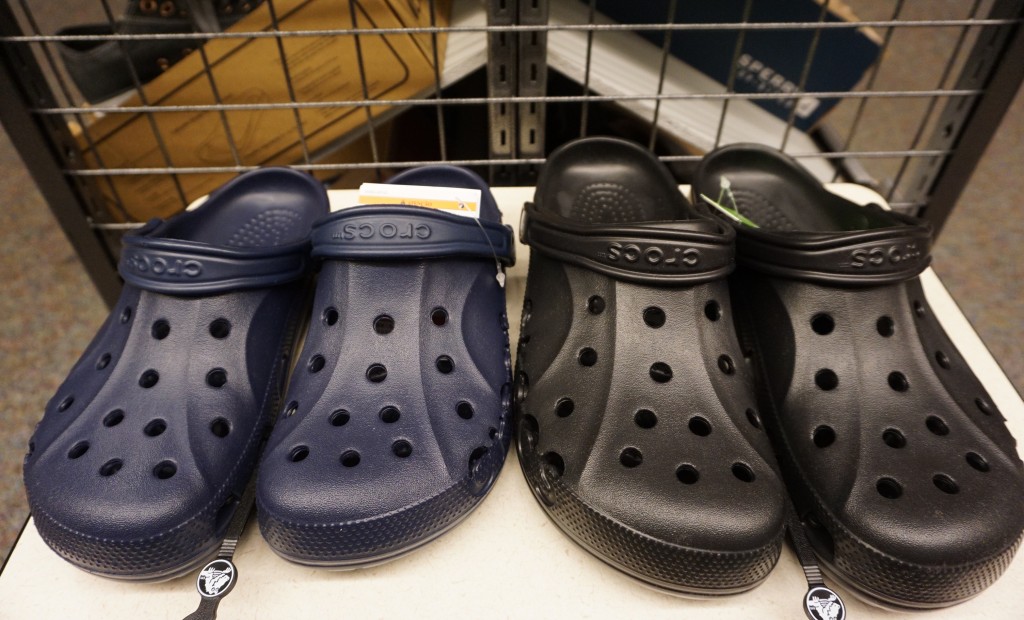 Foam footwear maker Crocs is suing two competitors it claims are taking a bite out of its business.

The Niwot-based shoe manufacturer filed two lawsuits in Federal District Court last week, alleging that The Children’s Place and Dream Products Inc. violated the company’s patents by selling their own “Croc-offs” without permission.

Now, Crocs is requesting both companies cease production of the offending shoes and kick over money for damages.

“Crocs has a long history of defending its property rights, including its patents,” he said. “The company will continue to pursue companies that conduct trade unfairly and profit off of the company’s intellectual property.”

Crocs designs a foam shoe intended to bridge the gap between sandals and clogs.  The shoe was originally designed by Foam Creations in 2002 before the company was purchased by Crocs in 2004.

Crocs secured patents for the design in 2006 and has been aggressively defending it ever since. That first year, Crocs filed grievances against 11 companies. All of those cases were settled out of court.

It filed patent infringement lawsuits against pharmacy chain Walgreens in 2011 and shoe designer Sketchers in 2008 and 2011, among others. Those cases were settled out of court, as well.

Crocs’ crusade reached a climax in 2011, when Chinese officials seized 128,752 pairs of Croc-offs worth an estimated $9.6 million. Chinese courts sentenced the 18 counterfeiters to a combined 46 years in prison.

The company sold about 60 million pairs of shoes around the world in 2014 and brought in $1.2 billion in revenue, according to a recent WSJ story about a turnaround effort.

Linda Denninger, vice president and general manager for Dream Products, declined to comment on the lawsuit. Representatives for the Children’s Place did not return multiple calls from BusinessDen.

Continuing its relentless fight against copycats, the shoe brand has filed lawsuits against two companies over their alleged "Croc-offs"