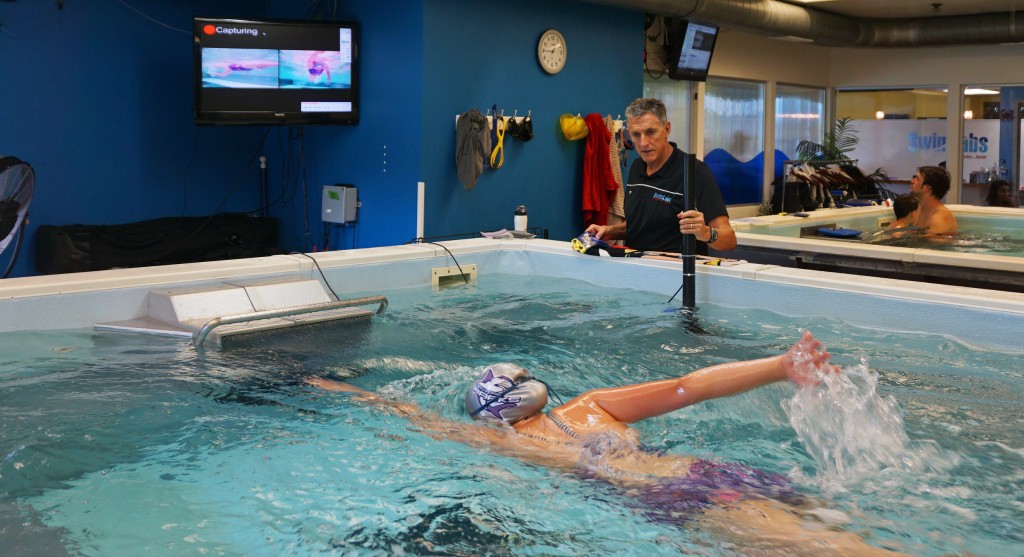 High-tech swimming school SwimLabs will make a splash in two cities when it opens its newest locations this summer.

SwimLabs will open a school in Issaquah, Washington, on Monday. That’ll be followed by another facility in Naperville, Illinois, at the beginning of September. The new schools are the Highlands Ranch-based chain’s six and seventh locations.

“Naperville’s got one of the largest competitive swim markets in the country, and Issaquah is by Seattle, near the water,” SwimLabs founder Mike Mann said. “Primarily, you’ve got a big base of families with kids. Every child needs to learn to swim.”

Mann, 60, launched SwimLabs in 2007. The company takes a high-tech approach to teaching in above-ground 3½-foot-deep tanks. Students practice by swimming against a current that’s pumped from the front of the tank. 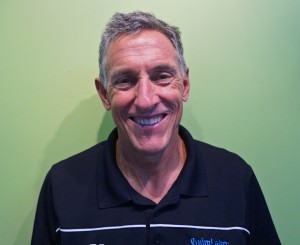 The tanks are equipped with three cameras that record a student’s movements. Video streams from the cameras appear on TV screens above the tanks, which allow the instructor to point out specific techniques that need improvement.

When a lesson is over, SwimLabs emails the student a recording of the lesson to review.

“We break down what professional athletes are doing so kids learn the right way in the beginning – we don’t just throw kids in the water and make them learn,” Mann said.

Illinois’ SwimLabs facility will be significantly larger than any previous location. SwimLabs typically have three training pools and regular exercise equipment, but the 14,000-square-foot Illinois location will have a 25-yard pool with three lanes for racing and six training tanks. 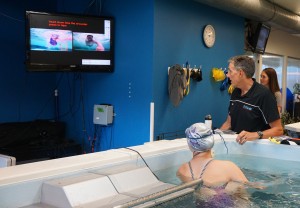 “This is kind of the prototype of the future of SwimLabs,” Mann said. “It’ll have a full-fledged school, but it’s not going to be focused entirely around swimming. We’ll be working with a lot of triathletes.”

The facility will also have 2,500 square feet of retail space to sell SwimLabs-branded attire and swimming gear.

Both new schools will be operated by SwimLabs licensees. It costs between $500,000 and $600,000 to open a SwimLabs school, including licensing fees and construction, Mann said.

He anticipates the new schools will attract about 150 members per location. That number is comparable to the number of visitors to the Highlands Ranch facility.

About 70 percent of the company’s customers are children, 20 percent are competitive swimmers and the remaining 10 percent are triathletes.

According to the SwimLabs website, group learn-to-swim lessons cost between $65 and $80 for four sessions, depending on the location. That package includes one lesson each week for a month. Customers can attend two sessions each week in one month for between $120 and $155.

SwimLabs has grown to include schools in California, Virginia and Illinois. The company opened its first franchise location in Fort Collins last fall and is negotiating with four new franchisees to open locations in the future. Those franchises will open in new markets, specifically Salt Lake City, Atlanta, Texas and Upstate New York.