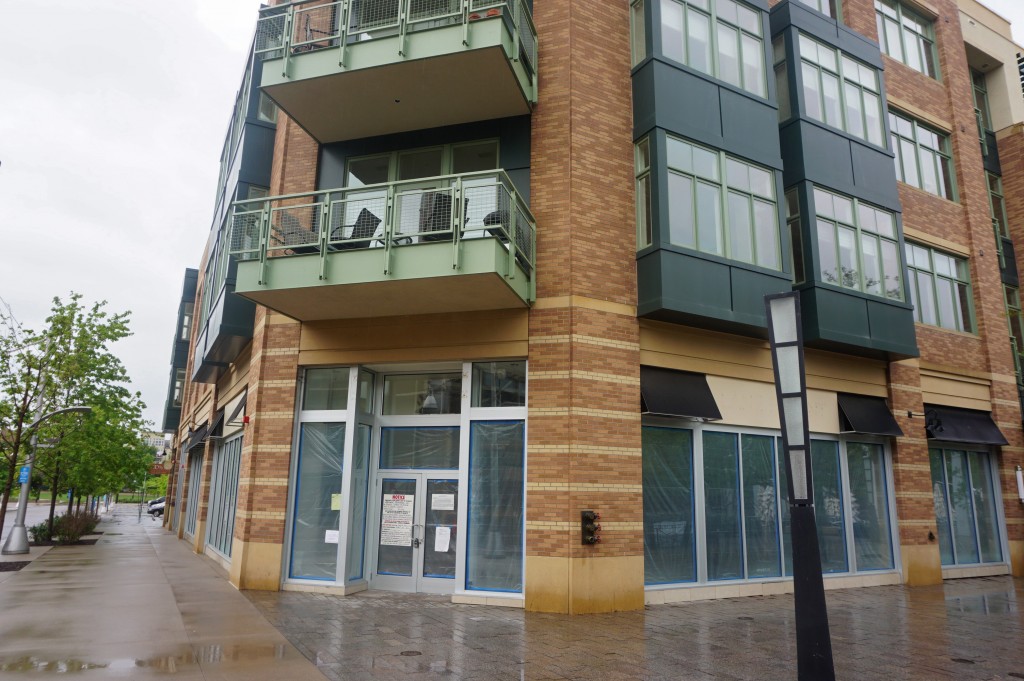 A new restaurant is moving into a ground-floor retail space in Belmar. Photos by Burl Rolett.

Shortly after buying a downtown staple, a Denver restaurant group is headed to Belmar with a new concept.

“Belmar has kind of become a city center for the area,” he said. “With all the new development and the new residents moving in, it looks like a great place for us.”

Teller Street Kitchen has a 10-year lease with a pair of five-year extension options for its 5,200-square-foot space. Shipp estimated it would cost about $2 million to get the restaurant up and running. He said he hopes to open the eatery near the end of this fall.

Belmar management approached Roadhouse Hospitality Group about bringing a restaurant to the Teller Street space more than a year ago. Shipp said the firm looked at other locations in the mall and considered building a new freestanding building near Alameda.

The deal fell into place, Shipp said, after Lane Bryant decided to leave the property. The clothing store opened a new shop a block over at 340 S. Teller St. in March.

Teller Street Kitchen’s menu will include a range of seafood, meat and pasta dishes. Entrees will run from about $12 to $28. Belmar will have 19 total restaurants and coffee shops by the time Teller Street Kitchen opens, but Shipp is aiming for a slightly upscale niche he said is currently missing.

“They have the pizza place, a burrito bar, P.F. Chang’s and all of the burger places,” he said. “But they wanted a kitchen-type restaurant with a little nicer feel.”

Construction on Teller Street Kitchen will begin in July, Shipp said. Boss Architecture is designing the space, and Jordy Construction is the general contractor.

Roadhouse is pulling into Belmar amid a building boom for the mixed-use Lakewood development. Christina Brickley, Belmar’s marketing director, said the development expects 400 residents will move into new townhomes, apartments and senior housing units by December. A new Hyatt House hotel is also under construction and is scheduled to open early next year.

“We are thrilled to have Teller Street Kitchen open in Belmar,” Brickley said in an email. “The neighbors, in particular, are looking forward to a new lunch and dinner spot where they can enjoy a culinary experience close to home.”

A new restaurant is moving into a ground-floor retail space in Belmar. Photos by Burl Rolett.

Heading in new direction toward a more upscale eatery, a restaurant firm with more than 15 locations is jumping in on the busy Belmar scene.