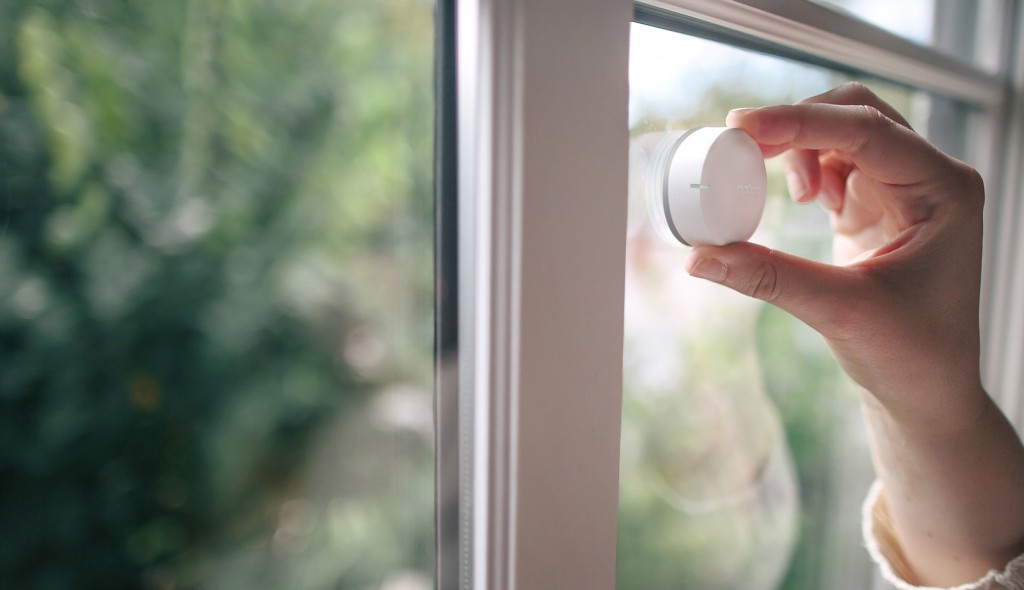 A business that manufactures a hockey-puck-shaped home monitoring device is a step closer to hitting shelves after a recent round of fundraising.

Denver-based Notion raised $2 million to fund marketing, hire new employees and coordinate logistics for when its flagship product, a smartphone-connected home sensor, goes to market at the end of the summer. Investors include local funds Galvanize Ventures, Foundry Group Angels and Tech Stars.

“Right now, we’re preselling on our website,” said Brett Jurgens, founder of the 10-person startup. “Later this summer, we’ll launch with Amazon, and in September we’ll be launching in Lowe’s.”

Notion will produce 10,000 items in its first run and will ship by August. 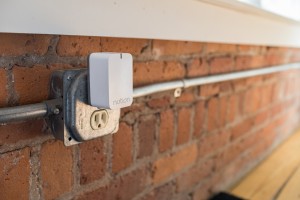 Sensors throughout the home send signals to a Wi-Fi connected plug-in that forwards messages to smartphones.

The sensors are plastic discs that keep track of changes in eight categories to give homeowners data, such as noise vibrations or changes in air flow, like from a door opening. If a change is detected, the sensors notify an owner’s smartphone.

Jurgens said the sensors are an alternative to home security systems.

“When you put a sensor on a door, the main purpose for that is to know if the door opens – that’s the basic security system that a lot of people use it for,” he said. “We’re trying to make a device for full-on home awareness. It’ll tell you if someone knocks, if a light is on, if a smoke alarm goes off or if it gets wet from an upstairs leak.”

Traditional home security systems feature one key difference from Notion: If a security system goes off, it alerts a company employee in a call center, who can respond in case of emergency – even when the homeowner can’t.

Notion has no call center.

But the company has developed the option to send notifications to a series of emergency contacts set by the homeowners if they can’t respond to an alert. 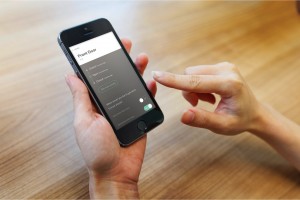 Sensors can monitor for motion in doors and windows, temperature, water, light and smoke and carbon monoxide alarms.

“You can also set an alert to go to a different person for a specific reason. You control who gets alerts when,” Jurgens said. “Yes, it’s true we aren’t calling the police automatically for you. We could incorporate that, but as a company, that would be a huge expense.”

That expense is then passed from security companies to the customer, Jurgens said. Home security systems come with monthly fees – ADT charges nearly $40 per month. But a Notion user pays just for the sensors and can use them indefinitely.

Notion sensors come in packs of one, three or five and range in price from about $130 to $270.

The company’s $2 million raise comes on the heels of a successful $280,000 Kickstarter campaign last year. That money was collected to pay for tooling and manufacturing costs.

“Kickstarter for us was in part learning how to best sell our product,” Jurgens said. “A lot of people look at Kickstarter as a company’s sole funding, but we did Kickstarter to learn how to launch our brand.”

Jurgens said Notion does have plans for more products after its sensor system launches but remained tight-lipped about the details.

“We have a lot of things that we haven’t talked about yet in terms of future product,” he said. “Some of them are hardware – but the next product we’ll launch is likely software-related rather than hardware-related.”

After getting off the ground with help from a $280,000 crowdfunding campaign, a home monitoring system has raised $2 million from investors to fuel its product launch.