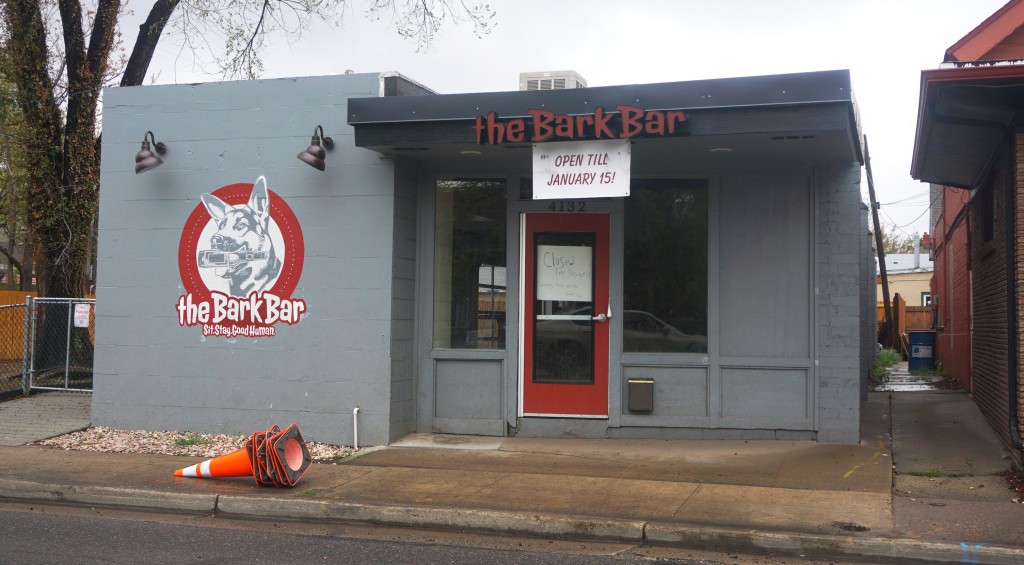 The former Bark Bar space will soon be filled with a new tenant. Photo by Burl Rolett.

A new restaurant concept will soon be unleashed at the former Bark Bar on 38th Avenue.

Kade Gianinetti plans to open a restaurant and bar called the Way Back at the former Bark Bar building at 4132 W. 38th Ave. Gianinetti, acting as KG Concepts LLC, bought the building in April for $677,000 and plans to build a new patio and remodel the building’s interior.

Construction will begin shortly, Gianinetti said, and he hopes to have the bar open toward the end of fall. It will be nearly a year after the Bark Bar, a watering hole with an off-leash dog yard, closed up shop.

The Bark Bar plans to open a new location but has yet to nail down a space.

Gianinetti has previously founded burger-focused food truck American Grind and coffee company Method Roasters. He could not say what the Way Back’s menu would include but said he’s hoping to build a neighborhood bar to appeal to nearby Berkeley residents.